Conducted by Esa-Pekka Salonen, LIGETI: PARADIGMS features the SF Symphony and Chorus in performances of Lux Aeterna, Ramifications, and Clocks and Clouds

Press interested in an advance copy of LIGETI: PARADIGMS can email [email protected]

Led by Music Director Esa-Pekka Salonen and featuring members of the San Francisco Symphony and Chorus, LIGETI: PARADIGMS is a 35-minute audio and visual exploration of the shifting perspectives on three works of innovative composer György Ligeti, all recorded in early COVID-restricted environments. The release is one of Salonen and the Symphony’s key signature digital projects in the 2021–22 season aimed at expanding the possibilities of the orchestral experience through digital collaboration. In partnership with renowned media artist Refik Anadol and SF Symphony Collaborative Partner and Artificial Intelligence entrepreneur Carol Reiley, this unique presentation pairs SF Symphony and Chorus performances of Ligeti’s Lux Aeterna, Ramifications, and Clocks and Clouds with imagery generated by open-source AI algorithms that drew from the sound data from each of the three musical performances to create visual interpretations of Ligeti’s works. The a cappella choral work Lux Aeterna also features a unique spatial audio Dolby Atmos binaural mix that allows viewers to experience a surround-sound experience via standard stereo headphones.

“I’ve always found myself listening to music while creating,” says Anadol. “I appreciate the comfort of music and the cognitive form that helps me, and probably many people in the world, to remember the feelings, emotions, creativity and inspirations in life. As a media artist, practicing for over a decade using data as pigment, and the last five years with machines as collaborators, I’m deeply grateful for the opportunity to work on one of the most cutting-edge musical experiences and to be able to narrate it with AI.”

“I think there are endless possibilities where AI and music can meet, and these projects are just starting to get explored,” says San Francisco Symphony Collaborative Partner Carol Reiley, who worked with the Symphony and Anadol on this project. “There are new types of music, new forms of music, new forms of art that will come once we can embrace working with AI. This is a moment of discovery right now. And I’m so happy that the San Francisco Symphony is at the forefront of thinking about ways to explore and evaluate these types of partnerships with AI going forward.”

The program opens with a glimpse inside the project featuring Refik Anadol, Carol Reiley, Esa-Pekka Salonen, and John Loose, Director of Audio Production at Dolby Laboratories. Click here for a teaser of the behind-the-scenes feature.

Lux Aeterna features 16 San Francisco Symphony Chorus voices, recorded in 32 separate vocal tracks and analyzed and interpreted by AI to generate a virtual data sculpture—what Anadol calls a “data crystal”—driven and created by the sounds of each voice. A Dolby Atmos binaural mix, created by Loose, provides listeners with a spatial surround-sound experience through standard stereo headphones, placing the listener in the nexus of Ligeti’s soundscape.

“Algorithms listen to the music and classify the recordings based on the similarities of three to six different attributes of music including tonality, pitch, and tune,” says Anadol. “A real-time game engine allows us to see the AI listen to music in real time, and then create this new form. So, we are witnessing how AI listened to the music and turned it into a meaningful, virtual sculpture, and ultimately this ethereal crystal.”

“When we approached the mix for Lux Aeterna, you could look at the score, and it really seemed like Ligeti wanted you to hear every single little articulation and every entrance and exit of the sound,” says Loose. “It was a unique opportunity to have a completely blank slate, because every voice was recorded individually, and we weren’t trying to reproduce the sound of a concert hall. We were able to create an individual audio object out of each one of those 32 vocal tracks and, very systematically, place them exactly where we want to in the soundscape. The binaural rending that you hear is a representation of that exact spatial mix. I think Ligeti would be delighted to think that here’s a way that you can listen to the intimacy of this piece over headphones and feel like you could hear everyone surrounding you.”

In Ramifications, two orchestras, tuned slightly apart from each other—a technique that is uniquely possible in a digital setting versus a live concert performance—provide dual paradigms of beauty and tension, so often present in Ligeti’s music. Millions of images from NASA’s Jet Propulsion Laboratory (JPL) archives and every available image from the Hubble Space Telescope serve as inputs for Anadol’s AI to interpret Ligeti’s music to create a second, new visual world original in its form and shape next to its cosmic originals.

Clocks and Clouds is rooted in two opposing paradigms—the most predictable and mechanical (clocks) and the most unpredictable and unrepeatable elements of nature (clouds). Ligeti represents these rhythmically and harmonically precise shapes to gradually change into diffuse sound textures and vice versa. Visually, Anadol uses AI to create original cloud formations, based on 17 million captures of actual archived cloud images from global image databases. Machine-created clouds form the natural contrast to the data visualization of the very same process to represent the visual duality of the two sound worlds they interpret.

About Refik Anadol
Refik Anadol (b.1985, Istanbul, Turkey) is a media artist, director, and pioneer in the aesthetics of machine intelligence. He currently resides in Los Angeles, CA, where he owns and operates Refik Anadol Studio and RAS LAB, the Studio’s research practice centered around discovering and developing trailblazing approaches to data narratives and artificial intelligence. Anadol is also a lecturer for UCLA’s Department of Design Media Arts, from which he obtained his second Master of Fine Arts.

Anadol’s body of work addresses the challenges, and the possibilities, that ubiquitous computing has imposed on humanity, and what it means to be a human in the age of AI. He explores how the perception and experience of time and space are radically changing now that machines dominate our everyday lives. Anadol is intrigued by the ways in which the digital age and machine intelligence allow for a new aesthetic technique to create enriched immersive environments that offer a dynamic perception of space.

LIGETI: PARADIGMS is the second project on which Anadol has collaborated with Esa-Pekka Salonen. In 2014, Anadol harnessed Salonen’s movements in real-time while he conducted the Los Angeles Philharmonic in a performance of Edgar Varèse’s Amériques, creating a site-specific architectural video installation, which was developed to illuminate and enhance Varèse’s composition and to activate the architecture of Walt Disney Concert Hall.

In September, the Symphony released three new programs: SoundBox: Delirium, curated by pianist Jeremy Denk; CURRENTS: Niji 虹 (Rainbow), curated by koto master Shirley Kazuyo Muramoto; and Robert Schumann’s Symphony No. 3, Rhenish, conducted by Esa-Pekka Salonen. Additional digital projects released on SFSymphony+ throughout the season include a variety of orchestral performances and chamber music with San Francisco Symphony musicians and guest artists. All SFSymphony+ content, including all archived SoundBox and CURRENTS episodes, can be viewed for free on-demand via SFSymphonyPlus.org or the SFSymphony+ app. 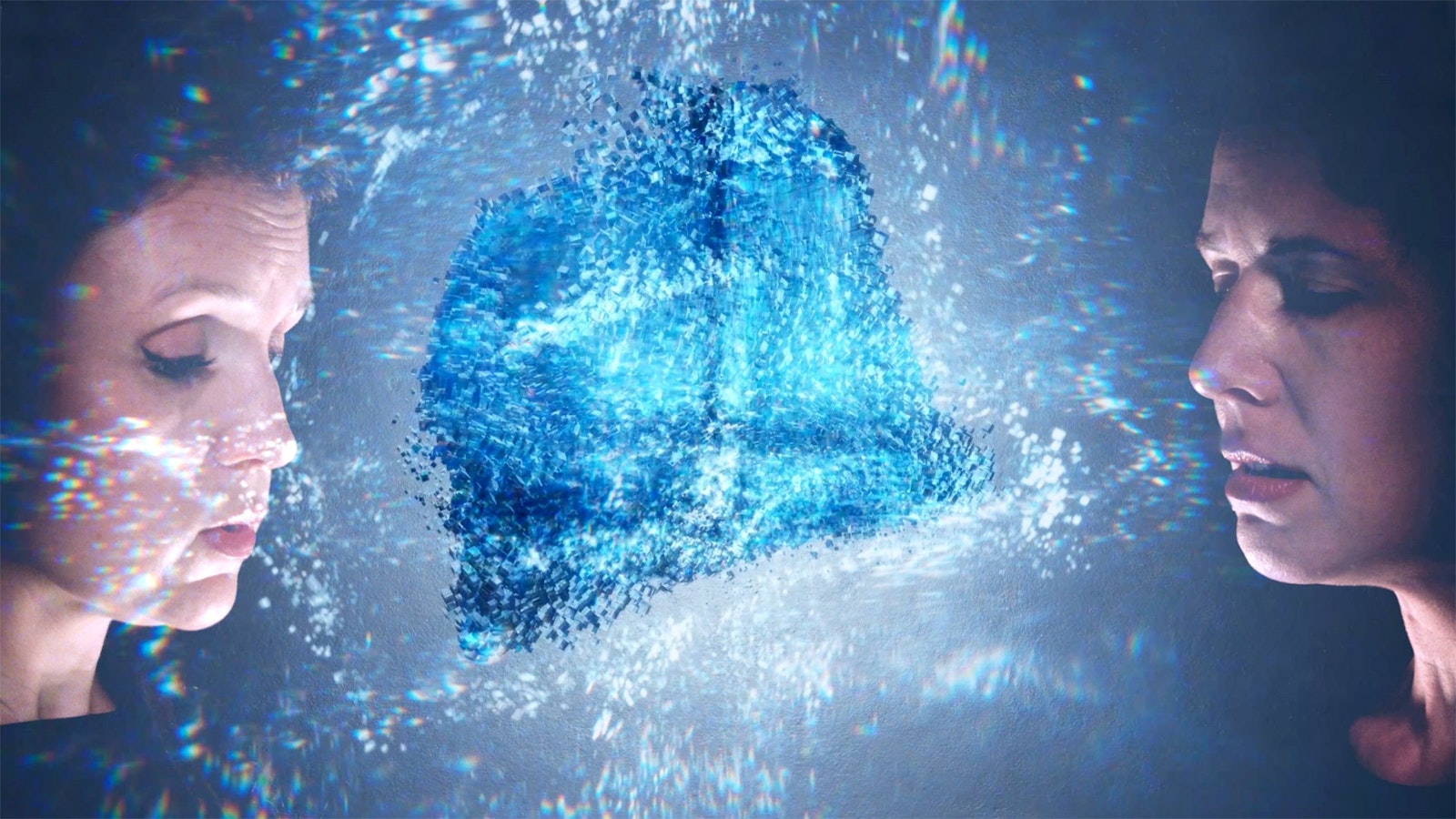