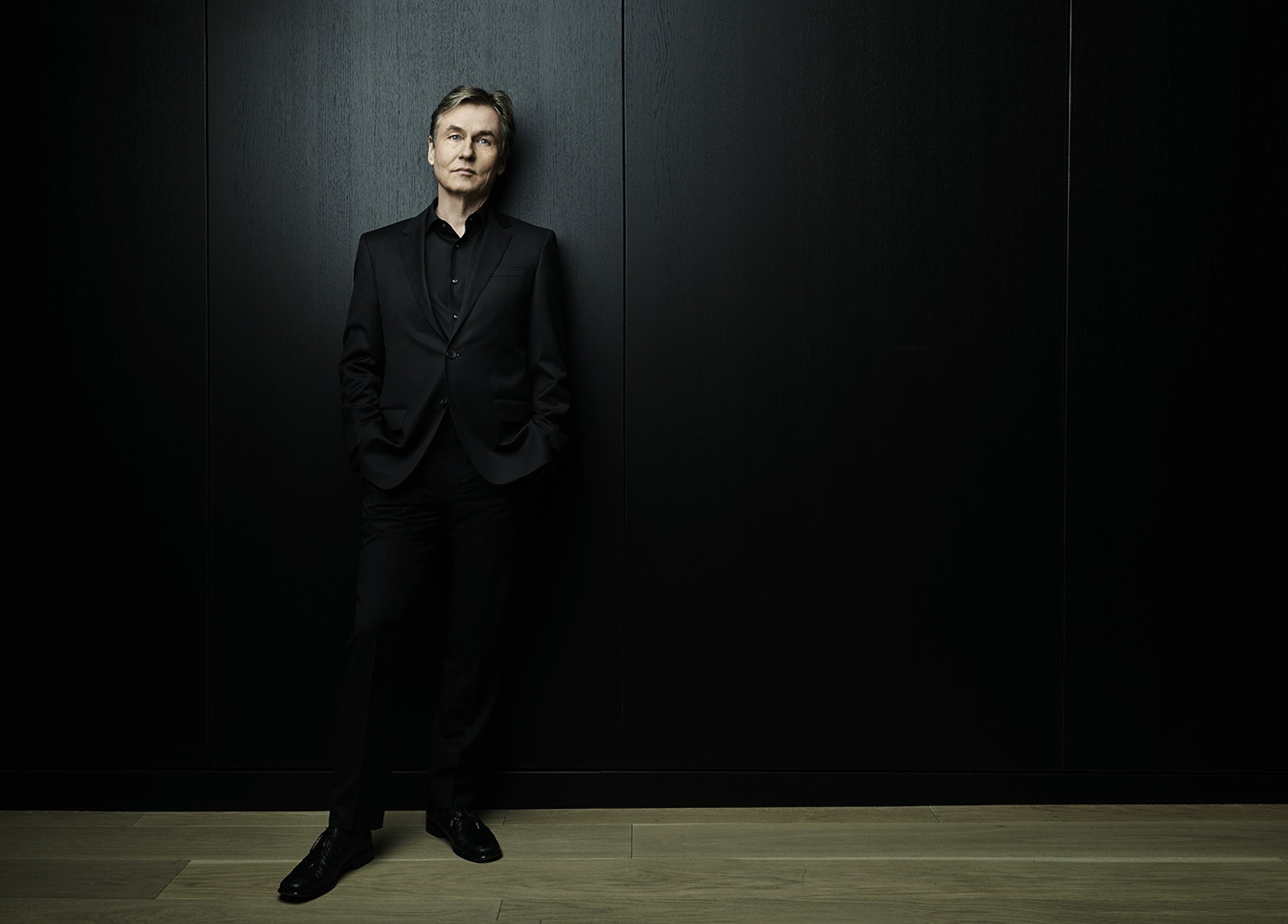 Esa-Pekka Salonen is known as both a composer and conductor. He is currently the Music Director of the San Francisco Symphony, where he works alongside eight Collaborative Partners from a variety of disciplines, ranging from composers to roboticists. He is the Conductor Laureate for the Philharmonia Orchestra, where he was Principal Conductor & Artistic Advisor from 2008 until 2021, the Los Angeles Philharmonic, where he was Music Director from 1992 until 2009, and the Swedish Radio Symphony Orchestra. He is currently in the midst of Multiverse Esa-Pekka Salonen, a two-season residency as both composer and conductor, at Elbphilharmonie Hamburg, and is Composer in Residence with the Berliner Philharmoniker. As a member of the faculty of Los Angeles's Colburn School, he develops, leads, and directs the pre-professional Negaunee Conducting Program. Salonen co-founded— and from 2003 until 2018 served as the Artistic Director of—the annual Baltic Sea Festival, which invites celebrated artists to promote unity and ecological awareness among the countries around the Baltic Sea.

Since Salonen joined the San Francisco Symphony in 2020, his tenure has been defined by an impulse to expand and embrace the possibilities of the orchestra. In addition to an unprecedented leadership model in which he is joined by eight Collaborative Partners—whose diversity of expertise reflects the scope of experience he envisions as the future of classical music and its audience—Salonen has led a series of collaborations across disciplines and practices which unite the Symphony’s musicians, administrative staff, and hands-on facility workers into a singular engine dedicated to engaging classical music in novel ways.

Salonen also brings his longstanding affinity for emerging technologies to the Symphony. In his first two seasons, he has spearheaded a complete overhaul of Davies Hall’s complement of audio and visual recording equipment, led a series of signature digital projects including an AI-infused take on the music of Györgi Ligeti and the Grammy-nominated Throughline, and reshaped the Symphony into a powerhouse of the unexpected, equally comfortable with live performance and expansive new media projects.

Salonen's work as both a composer and conductor has led to numerous residencies around the world. In 2022–23, Salonen concludes his two-season residency Multiverse Esa-Pekka Salonen at Elbphilharmonie Hamburg with ten dates of programming; compositions represented include Homunculus, Nyx, Fog, and his Organ Concerto, with soloist Iveta Apkalna, while Salonen himself will conduct seven dates with the NDR Elbphilharmonie Orchester, San Francisco Symphony, and Vienna Philharmonic. He is also Composer in Residence with the Berliner Philharmoniker who showcase his abilities as a composer with five distinct programs featuring his works Helix, Karawane, Saltat Sobrius, Fog, and Catch and Release; he will also lead the Philharmoniker in the German premiere of his Organ Concerto, with soloist Olivier Latry.

Salonen has an extensive and varied recording career, both as a conductor and composer. His recent recordings include Richard Strauss’s Four Last Songs, recorded with Lise Davidsen and the Philharmonia Orchestra; Bartók’s Miraculous Mandarin and Dance Suite, also with the Philharmonia; Stravinsky’s Persephone, featuring Andrew Staples, Pauline Cheviller, and the Finnish National Opera, and a 2018 box set of his complete Sony recordings. His compositions appear on releases from Sony, Deutsche Grammophon, and Decca; his Piano Concerto (with Yefim Bronfman), Violin Concerto (with Leila Josefowicz), and Cello Concerto (with Yo-Yo Ma) all appear on recordings conducted by Salonen himself.

Salonen is the recipient of many major awards, including the UNESCO Rostrum Prize for his work Floof in 1992, and the Siena Prize, given by the Accademia Chigiana, in 1993; he is the first conductor to receive it. In 1995 he received the Royal Philharmonic Society's Opera Award and two years later, its Conductor Award. Salonen was awarded the Litteris et Artibus medal, one of Sweden's highest honors, by the King of Sweden in 1996. In 1998 the French government awarded him the rank of Officier of the Ordre des Arts et des Lettres. In addition to receiving both the Pro Finlandia Medal of the Order of the Lion of Finland and the Helsinki Medal, he was named Commander, First Class of the Order of the Lion of Finland by the President of Finland. Musical America named him its Musician of the Year in 2006, and he was elected an honorary member of the American Academy of Arts and Sciences in 2010. His Violin Concerto won the 2012 Grawemeyer Award for Music Composition. He was the recipient of the 2014 Nemmers Composition Prize, which included a residency at the Henry and Leigh Bienen School of Music at Northwestern University and performances by the Chicago Symphony Orchestra. In 2020, he was appointed an honorary Knight Commander of the Order of the British Empire (KBE) by Queen Elizabeth II. To date, he has received seven honorary doctorates in four different countries.