Violinist Eliot Lev knew he wanted to leave Russia and live in the United States "before I even understood the concept of what the US was. Russia wasn't exactly the most inclusive place, in my experience."

Eliot says moving to the US "was just a matter of making it happen," but it took a lot of work, skill, and luck to realize his dream. While on tour, his father, a cellist with the Saint Petersburg Philharmonic met the renowned violinist Vadim Gluzman. They exchanged e-mails and Eliot sent Gluzman some recordings. A visit to Chicago and an audition with Gluzman at Roosevelt University followed. Eliot won a full scholarship and was on his way.

The professional triumphs seemed to follow at lightning speed: gaining admission to the New World Symphony in Miami (under Michael Tilson Thomas). He quickly won the position of associate concertmaster with the Charlotte Symphony and, later, acting assistant concertmaster of the Utah Symphony.

And then, in 2014, the dream job: violinist with the San Francisco Symphony. It was here, with the support of the Symphony and the tolerant atmosphere of the Bay Area that Eliot was finally able to be himself. He became the first openly transgender member of a major American orchestra.

"It’s wonderful when your employer supports your humanity! Being here has allowed me to live openly with myself, and my feelings. My humanity is as much a part of this world as everybody else's. That's a wonderful feeling. You'd think it's a given, but for me it wasn't until I got here." Is that sense of freedom reflected in his music? "Absolutely! When you're able to take full breaths as a human being, you can take full breaths as a musician. That's always reflected in your artistry."

Outside of music, Eliot and his fiancée Stephanie MacAller are enthusiastic boosters of all the Bay Area has to offer. In their case, that includes everything from hiking by the Pacific to museum hopping. "The combination of the great outdoors and the abundance of intellectual and artistic resources is just fantastic. And did I mention there’s no snow?"

Hear from some of the San Francisco Symphony’s LGBT musicians—including violinist Eliot Lev—in this piece produced for the Symphony Pride concert held on April 4th, 2017.

For Eliot Lev, being a member of the San Francisco Symphony truly is beyond anything he imagined growing up in Saint Petersburg. "My aspiration was always to make it to a 'major league' orchestra. But ambition is different from living a daily life. Just because you're playing among the best of the best doesn't necessarily mean your life is fulfilling. Being in the SFS is both—I didn’t realize how happy I could be musically until I joined the Orchestra. I have both the freedom of my personal musical expression, and the feeling of belonging to a big joint effort in the orchestra. It's deeply musically satisfying. When that is matched with appreciation of your humanity outside of work, it makes it better than your dream job ever could be." 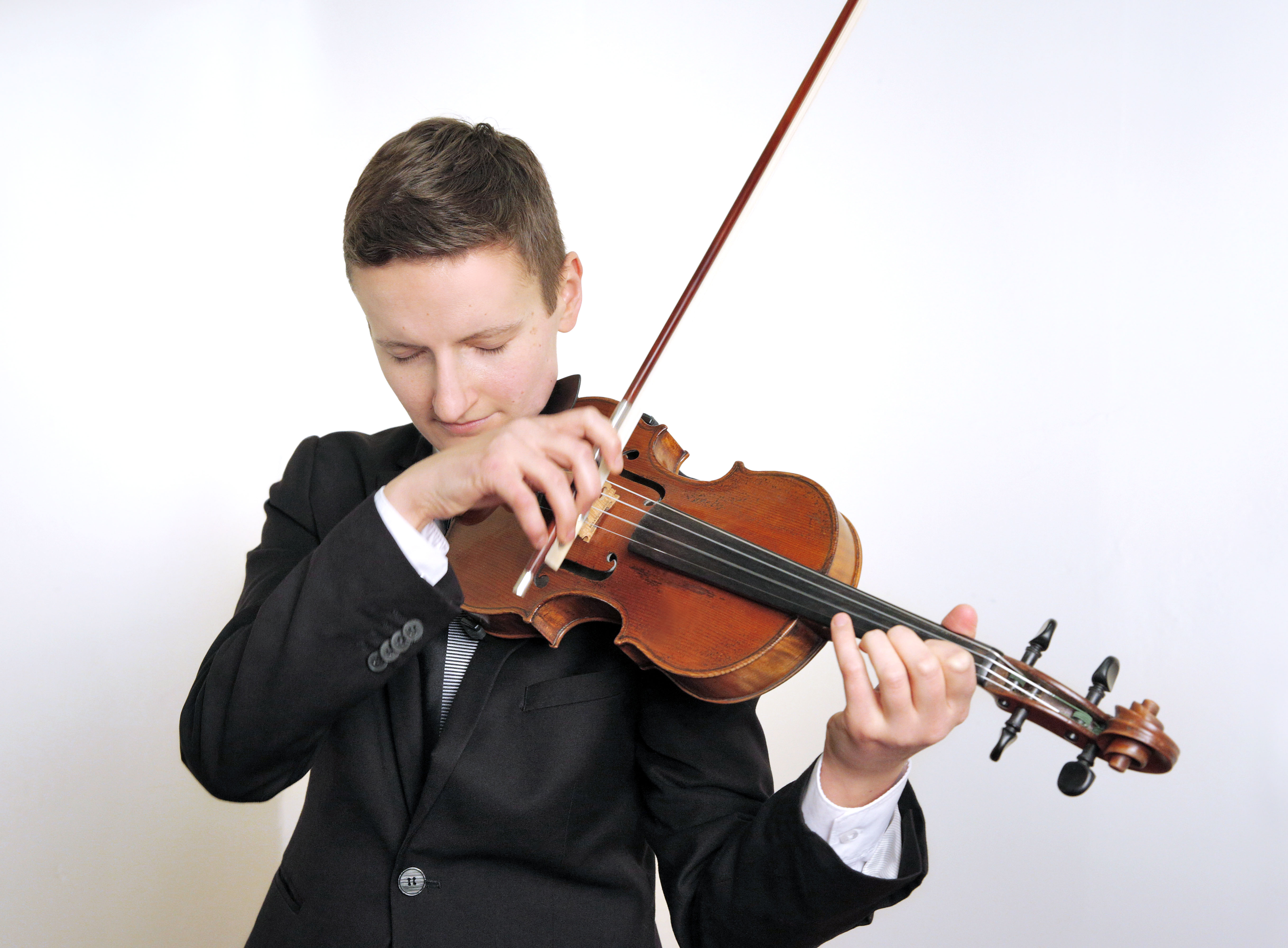 It was with the support of the San Francisco Symphony and the tolerant atmosphere of the Bay Area that Eliot Lev was finally able to be himself. Photo: Cory Weaver