“To be able to pass along what I’ve learned is very important to me.”

So says Diane Nicholeris . . . and no wonder! Her background is a rich tapestry of musical experiences, struggles, and perseverance, all of which she pours into her roles as a veteran San Francisco Symphony violinist and coach with the SFS Youth Orchestra.

As a young student, Diane played violin in the Boston Youth Symphony. “That first experience learning the mainstays of the symphonic repertory is very important.” Later, she studied with two giants of violin pedagogy: Joseph Silverstein and Sylvia Rosenberg.

But it was a painful accident that may have had the most influence on her life as a violinist. When Diane was eleven years old, having studied violin for less than two years, “I broke my wrist while riding an escalator. The doctors had no expectation that I’d have any wrist function afterwards. Eventually, I picked up the violin again, and little by little, I was able to get my fingers on the strings. It took me about six years to get seventy-percent use of the wrist back. Of course the accident hindered my progress, but I may have worked harder because of the many obstacles I had to overcome.

“The wrist injury has also influenced my teaching and coaching. I can empathize with almost any problem a student has and help them discover a solution that works for them. Because of the accident, I had to learn how to practice very effectively, and I think I can help the kids a lot that way.”

Nicholeris tells the members of the SFSYO, “the goal of practicing is to arrive at a point where you feel free to express what you’re feeling, and what you want to say through the music.” To that end, Nicholeris urges her students to get into the mind and heart of the composer. “This fall the Youth Orchestra has been working on Shostakovich’s Sixth Symphony. They’re so far removed from the Soviet Union, and what it was like for Shostakovich to compose music under that system, but I try to help them understand what that was, and also to see what part of that is still universal today, no matter where you live.”

Her ultimate objective for the members of the YO is “to get them to make [a musical phrase] their own, not because I told them to do it that way, but because they are convinced of the composer's intention. But they have to take ownership of it, and be able to express it.”

“The young musicians of the YO are really amazing. They’re so focused and dedicated. For me, it’s a big responsibility and an honor to work with them.” 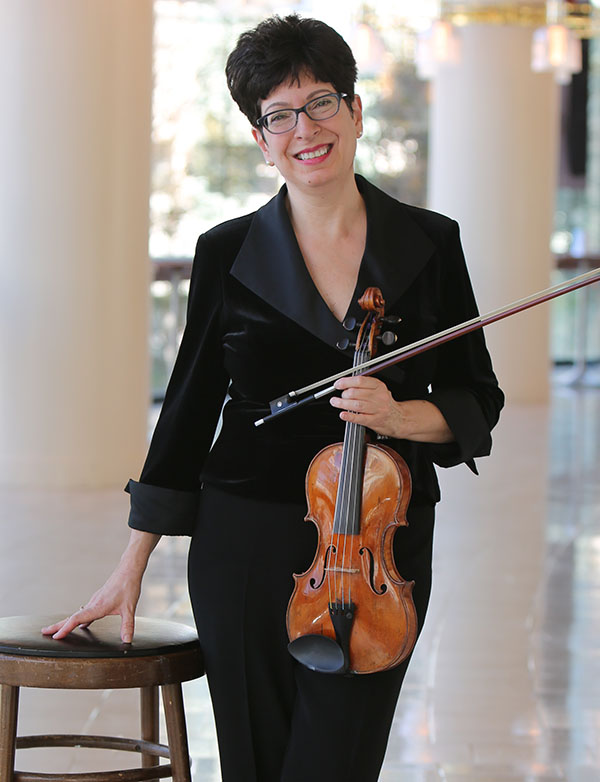