Admit it: What’s the first word that comes to mind when you hear “tuba?” OK, maybe “oom-pah” isn’t a word. In any event, San Francisco Symphony Principal Tuba Jeffrey Anderson passionately believes that the tuba is much, much more than the bottom line in a Sousa march or a German band.

“It may be one of the more stereotyped instruments, but I believe my ‘oom-pah’ is just as important as a soaring violin melody or a trumpet fanfare. The thing you hear most often is ‘I didn’t know the tuba could do that!’ But it has a lot of the lyric charm of a French horn. It has a huge range; it can sing out in the high register, and it can be gruff and aggressive in the low register. I like that versatility.”

Jeff began his musical career in fourth grade in Indiana, playing the tonette (a kind of plastic recorder about as far removed from the tuba as you can imagine). But the band teacher insisted that his students try to play every single orchestral instrument. Jeff did best on the tuba.

“Many tuba players start on the trumpet, trombone, or baritone horn, but I’ve always played the tuba. Either way, it becomes our calling.”

Jeff went on to study at Indiana University and Arizona State. He worked his way up through the ranks of American orchestras, and was appointed SFS Principal Tuba in 2002.

Not surprisingly, playing this gleaming eighteen-foot length of brass tubing isn’t as easy as Jeff makes it look. “We tuba players have to breathe so much! I have about six liters of [lung] capacity. Sometimes I can go through that in seconds!”

A few years ago, Jeff decided to try CrossFit to keep up with the demands of playing. “It’s a fitness regimen that includes interval training, weights, a little gymnastics. But it’s not just exercise; it’s also a very supportive community of people.”

March 2017 marks a career highlight in Jeff’s fifteen years with the SFS: He’s the soloist in the US premiere of Robin Holloway’s Europa & the Bull, a SFS co-commission.

“Ever since Michael Tilson Thomas raised it with me, I’ve gotten a little chill even talking about it! It’s an incredible honor to be able to solo out in front of the San Francisco Symphony, and present the piece to our audience.”

Jeff’s involvement in the project came about after he reached out to Robin Holloway following SFS performances of another Holloway work. “I sent him an email, saying, ‘Thanks for the really great tuba part.’ Next thing I know, MTT is asking me if I’d like to collaborate with Robin Holloway on a new composition!”

Jeff is psyched about the impact this new tuba showcase could have: “When I was younger, my teacher played recitals at Carnegie Hall. It made me think ‘I want to do that!’ It’s an incredible honor to be able perform this piece with the SFS... I hope younger musicians will say, ‘How much fun would it be to have a composer write a piece for me?’ That’s really inspiring!” 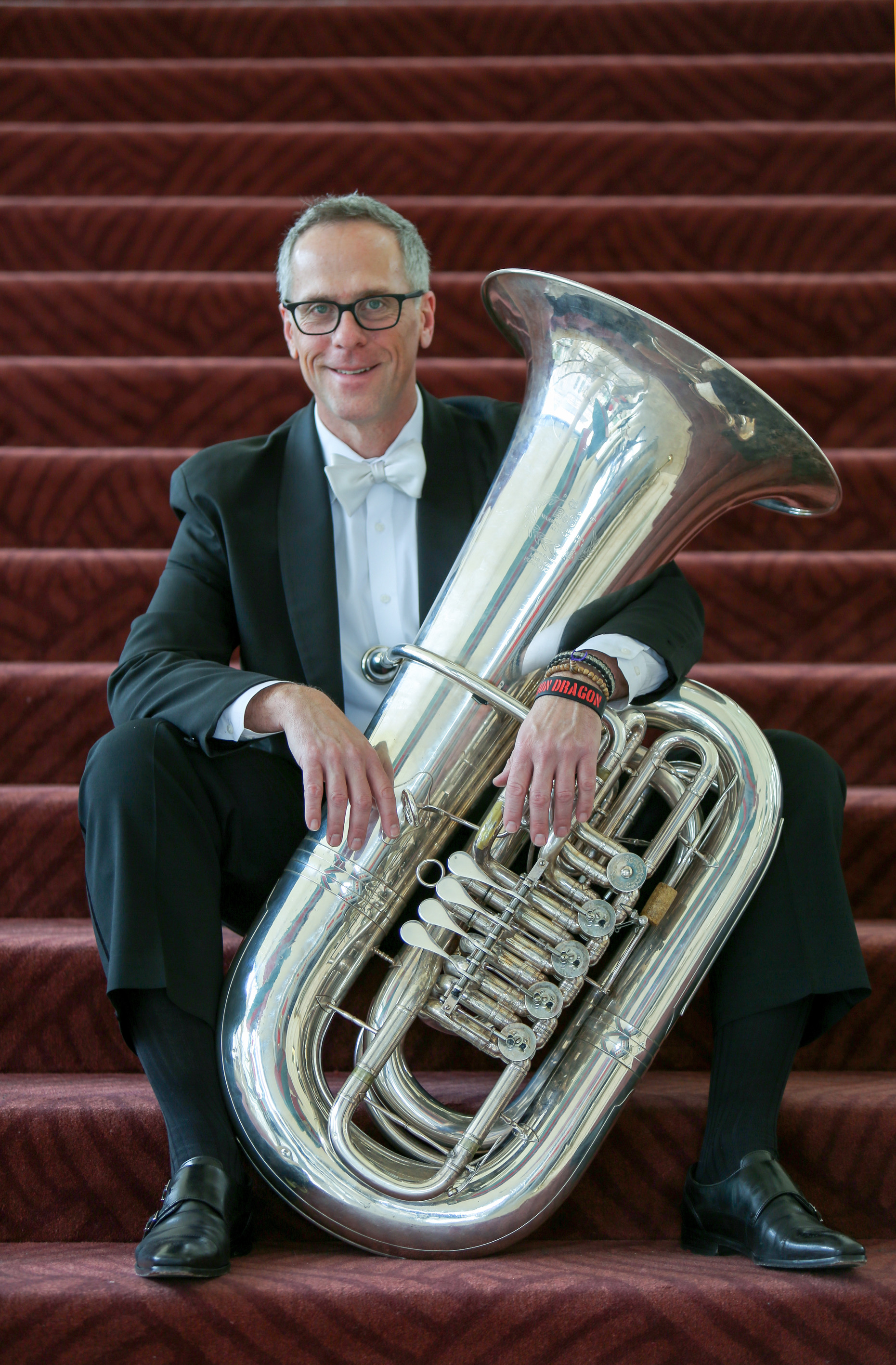 Anderson keeps up with the physical demands of playing the tuba with regular CrossFit workouts.