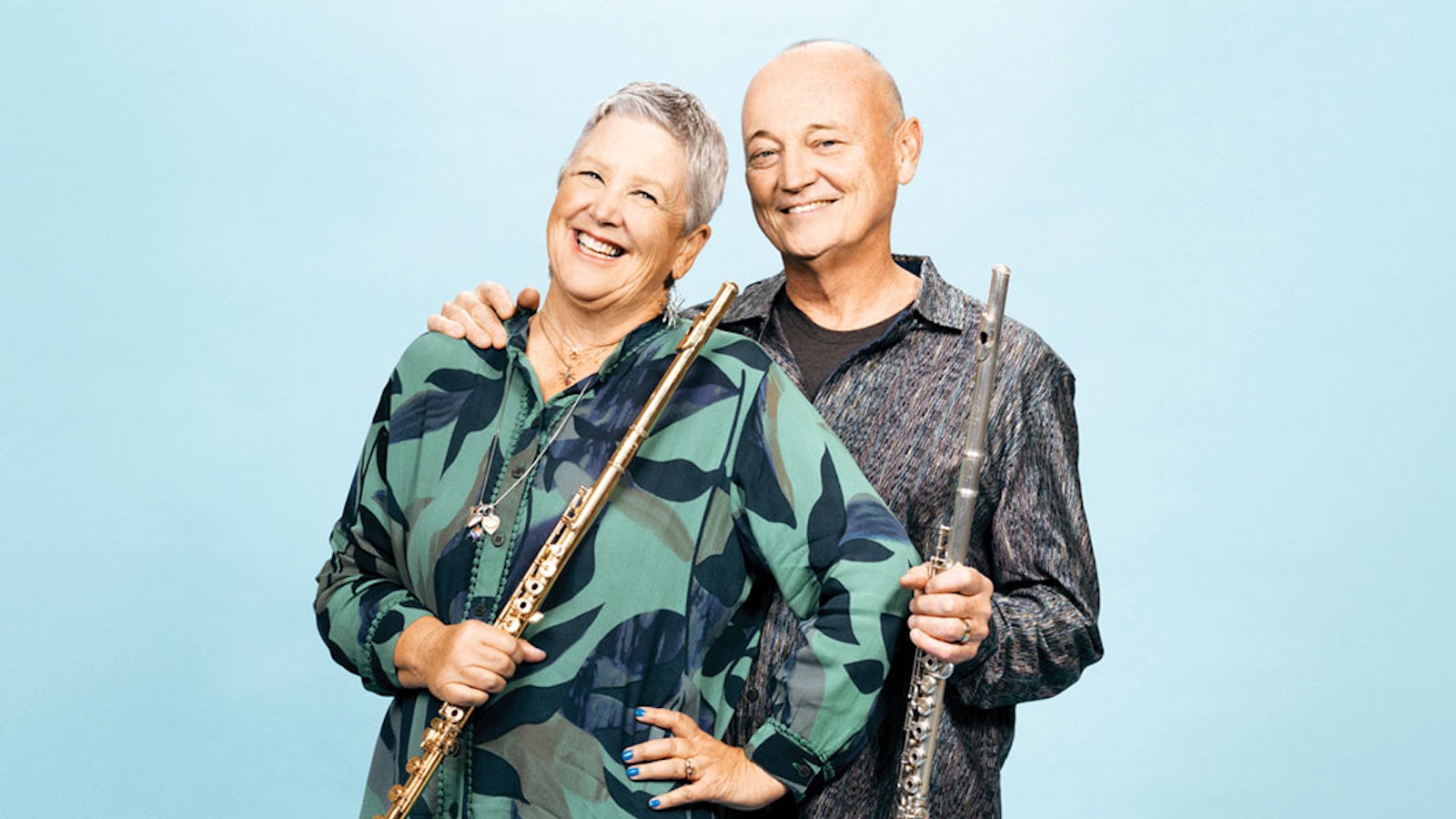 “Family runs really deep with us. It’s a priority.” San Francisco Symphony Principal Flute Tim Day isn’t kidding. He not only shares flute duties in the SFS with his wife, Associate Principal Flute Robin McKee, they’re both extremely proud and happy that their two grown children, Ruby and Britt (pictured above) also musicians and performers, are with them in the Bay Area.

It’s pretty amazing that Tim and Robin managed to find top-level jobs as flutists in the same city, let alone the same orchestra. It’s even more amazing that they’ve pulled this off twice. Before coming to San Francisco, they held down the same positions with the Baltimore Symphony Orchestra.

The pair met while students at Oberlin and married shortly after graduation. At first, they were working in two different cities: Tim in Baltimore, and Robin with the Richmond (VA) Symphony. Soon Robin landed a spot in Baltimore, and she and Tim comprised half of the flute section there for six years. But when opportunity beckoned, Robin headed west to play flute with the SFS. They were bi-coastal for three years, until Tim joined the faculty at the SF Conservatory of Music, where he still teaches. Twenty years later, he became SFS Principal Flute, and once again he and Robin were the top flutists in a major American orchestra.

The Day/McKee double act is especially gratifying now that both their children are nearby. Son Britt is a pianist who has performed with his parents and their colleagues in SFS concerts. Daughter Ruby is an accomplished singer and actress, who just wrapped up an extended run as Snow White in Beach Blanket Babylon.

Recently, Robin, Britt, and Ruby took the concept of family and music further when they flew out to Broken Arrow, OK to visit Robin’s mother. “It was the first time all three of us were able to perform for Mom together. It hit me: here I am with my children, playing for my ninety-eight-year-old mother, and all her new friends and neighbors. There wasn’t a dry eye in the house, including me! It was an ode to joy!”