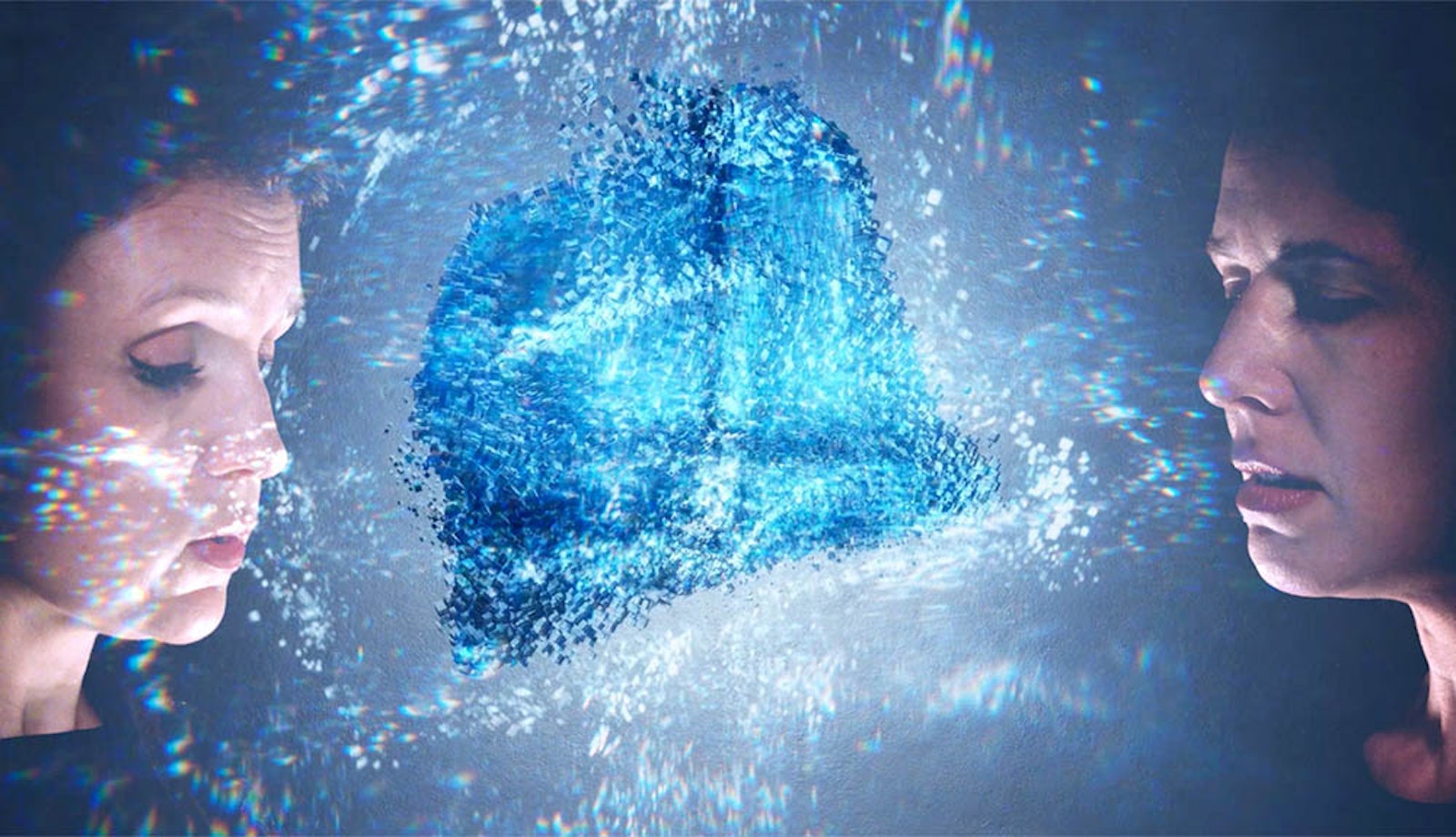 HUNGARIAN COMPOSER György Ligeti (1923–2006) was a futurist, combining insatiable intellectual curiosity with a drive for reinvention. It’s no surprise then that Ligeti’s music would be a natural fit for an innovative San Francisco Symphony video project incorporating the latest developments in artificial intelligence (AI).

LIGETI: PARADIGMS, a dynamic thirty-five-minute audio and visual exploration of Ligeti’s music releasing January 18 on SFSymphony+, is an example of Esa-Pekka Salonen and the SF Symphony’s digital-first approach to online streaming, taking full advantage of the medium’s aural and visual possibilities. Alongside previous offerings including last year’s digital SoundBox series and Nico Muhly’s Throughline, the program goes beyond simply recording a concert, creating something that couldn’t exist in any other way. “The challenge with digital programming,” Salonen has said, “is to create something that has its own identity, an essential uniqueness that allows it to function as a self-contained piece of art.”

In Lux Aeterna, Anadol used a machine algorithm to analyze the 32-channel audio recording of the SF Symphony Chorus to create a “data crystal,” which he described as “a form of ethereal sculpture,” created entirely by sound. “Algorithms listen to music and class them based on the similarities of tonality and pitch and tune,” he explained. “They came together as a meaningful sculpture, a virtual sculpture.” Salonen observed that the subtlety and complexity of Ligeti’s music finds an analogue in how Anadol harnesses large amounts of data to create something expressive and beautiful.

The two other pieces incorporate additional inputs while taking advantage of the sonic possibilities of multi-channel recording. Ramifications comprises two orchestras with different tunings, a logistical headache in live performance but a feat easily accomplished in recording. Salonen found that recording in this manner facilitated a deeper exploration of Ligeti’s intricate musical textures.

In this performance of Ramifications, images from NASA’s Jet Propulsion Laboratory and the Hubble Space Telescope provide the basis for visuals created through a machine learning algorithm called a generative adversarial network. Anadol noted, “We have the universe at one end, the machine finding the patterns at the other, and they all collide, emerging and converging in one holistic universe.”

Clocks and Clouds juxtaposes mechanical and organic forces (the clocks and clouds of the title); Anadol’s unique approach was fueled by the contrast between these elements. “For the mechanic[al], we’ve specifically focused on the machine decisions, when AI finds and defines patterns in the music.” For the organic data, he took 17 million cloud images from online databases and used them to train an AI system to create original pictures of cloud formations.

Carol Reiley sees projects such as LIGETI: PARADIGMS as the beginning of a larger shift happening in the relationship between art and technology. “I think there are endless possibilities where AI and music can meet, and these projects are just starting to get explored. This is a moment of discovery right now.”

About György Ligeti
György Ligeti was one of the most recognizable and original composers of the late twentieth and early twenty-first centuries. He was born in 1923 in Transylvania to a Hungarian-speaking Jewish family. Following the traumas of the Second World War, in which his father and younger brother were murdered in the Holocaust, Ligeti enrolled at Budapest’s Franz Liszt Academy where he studied composition. Working under Stalinist censorship, he hid his modernist interests, until fleeing to Vienna after the 1956 Hungarian Revolution.

Settling in West Germany, Ligeti became one of few avant-garde composers to find wide-reaching popularity, largely through the use of his other-worldly music in the films of Stanley Kubrick. In 1972, Ligeti was a composer-in-residence at Stanford University, and wrote San Francisco Polyphony (1973–4) for the 60th anniversary of the SF Symphony. Esa-Pekka Salonen also knew and worked with Ligeti, rehearsing with the composer for performances of his works in the years before his death in 2006.