Getting at the Truth: Composer Gabriel Kahane 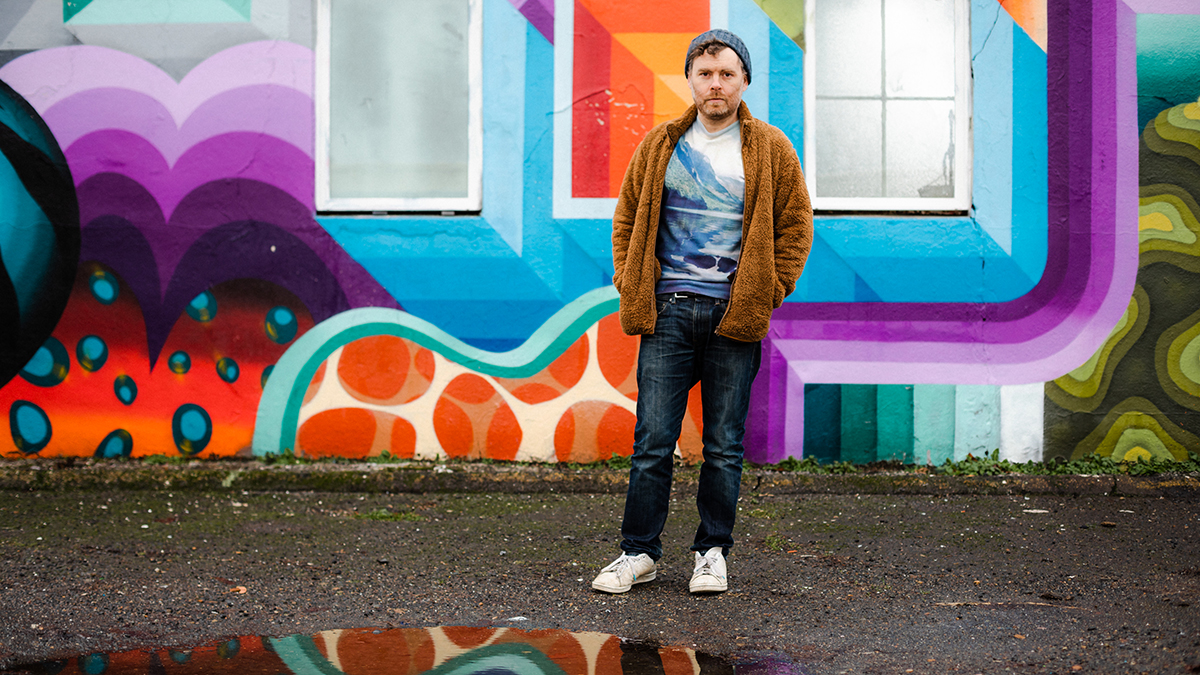 Not every composer would ride Amtrak for two weeks collecting oral histories in the early days of the Trump era. Or forsake the internet for a year as an experiment to learn how we connect with one another. Or do a deep dive into the bureaucracy undergirding our country’s housing crisis. But Gabriel Kahane is not every composer. Equally at home writing and performing sophisticated pop songs and classical works that marry the witty and profound, Kahane—whose emergency shelter intake form is performed here next month—is a keen observer of the human experience.

“Most of the work that I make is an effort to work through some problem,” Kahane said in a video interview conducted last spring. “There’s so little daylight for me between my experience of the world—and how I go about trying to find my place in it—and the extent to which I try to do that through music.”

While San Francisco audiences have come to know Kahane as a singer-songwriter performing concerts at the Herbst Theater and other local venues, this month’s concerts mark the first time his music has been performed by the San Francisco Symphony. His ties to Northern California run deep: he attended high school in Santa Rosa where his father, conductor/pianist Jeffrey Kahane, was music director of the Santa Rosa Symphony. Following a fertile period in the Brooklyn music scene, Kahane decamped for Portland, Oregon during the pandemic. He had previously partnered with the Oregon Symphony on commissions such as emergency shelter intake form (2018) and he now serves as that orchestra’s creative chair.

emergency shelter intake form can loosely be considered an oratorio, taking its title and the basis of its libretto, assembled by Kahane, from a questionnaire presented to those seeking a place in a homeless shelter. The musical language is rich and varied, interspersing first-person reflections from a mezzo-soprano soloist (performed here by Alicia Hall Moran) on the difficulties facing unhoused people with acerbic recitations from a de facto Greek chorus Kahane calls the Chorus of Inconvenient Statistics (which includes Kahane himself). In keeping with his immersive compositional approach, Kahane volunteered at a New York homeless shelter and delved into the substantial literature devoted to America’s housing crisis before setting pen to paper. He quickly realized that emergency shelter intake form needed to encompass a focus broader than the issue at its center. “It’s not a piece about homelessness, it’s a piece about inequality and homelessness is a symptom of inequality. And if you’re not going to talk about inequality, then you’re not having an honest conversation about homelessness,” he said. It also became clear to him that the work’s success depended on involving a larger cross-section of the community in its presentation. “I felt great discomfort as a guy with very little experience with homelessness or housing insecurity to take this on without sharing the stage with people who had lived this.” The San Francisco performances will feature a chorus made up of singers from the Community Music Center and Skywatchers, some of whom have experienced housing insecurity. “I think a lot these days about community and using music to build community, in how the actual work itself can be community building,” he noted. “So, to figure out how to participate in building that community, whether it’s between members of the orchestra, members of the chorus, or different pockets of the audience, that’s a really thrilling prospect.”

The unique opportunity to perform the piece in San Francisco, where the issues of housing and income disparity are always top of mind, was not lost on Kahane. But he was quick to point out that there are common misconceptions regarding what he calls the “texture” of homelessness. “The vast majority of those experiencing homelessness on any given night are invisible to us: it’s people who are doubled up with family and friends, it’s people who are living in shelters, who are living in cars, who fell behind on their such and such payment or who had to leave work to take care of a loved one.” He noted that many people in the shelter he volunteered at had full-time jobs yet still struggled to stay afloat. “You’d see guys who had their hard hats and were going off to pretty decent-paying construction jobs. If you have people who are working 40 hours a week and they can’t afford a place to live, then you have a broken housing system. And more than that, a broken economy.”

Kahane sees emergency shelter intake form as a way to initiate difficult conversations about income inequality while encouraging his audience to rethink their own relationship to it. “Anytime you write a piece of music or a theater piece or whatever, you’re always thinking a little bit about what the expectation of the audience is and how do I subvert that and transcend it and challenge it.” emergency shelter intake form does this by asking important questions and answering them not just with candor, but with humor.

“I’m interested in working at the level of the psychological experience of economic precarity and what that does to a mind, a heart, a spirit. But if you leave it at that, you run the risk of offering the audience emotional catharsis through somebody else’s trauma, without contextualizing it in the framework of our broken economy, and the ways in which we are all implicated in the perpetuation of the economic status quo. And that’s where the Chorus of Inconvenient Statistics comes in,” Kahane said. “I wanted to hold the audience’s feet to the fire—and the Chorus are nothing if not truth-tellers— but I wanted to do it with a sense of humor, as a form of subversion in two senses: first, to play with the audience’s expectations—Housing crisis? Funny?—and second, I suppose, as a means of making ‘the medicine go down.’ It’s sometimes easier to hear and accept hard truths when we’re laughing at ourselves.”

In the end, it comes back to the idea of connection that Kahane explored in his Amtrak journey, his internet hiatus, and his work volunteering at the homeless shelter back in New York. “I ultimately felt that the single biggest challenge facing our society is that we don’t know how to love each other. And we don’t know how to see each other. I think that when we start to collapse the boundary between the “they” and the “us,” then we can start to see how we’re all just people.”