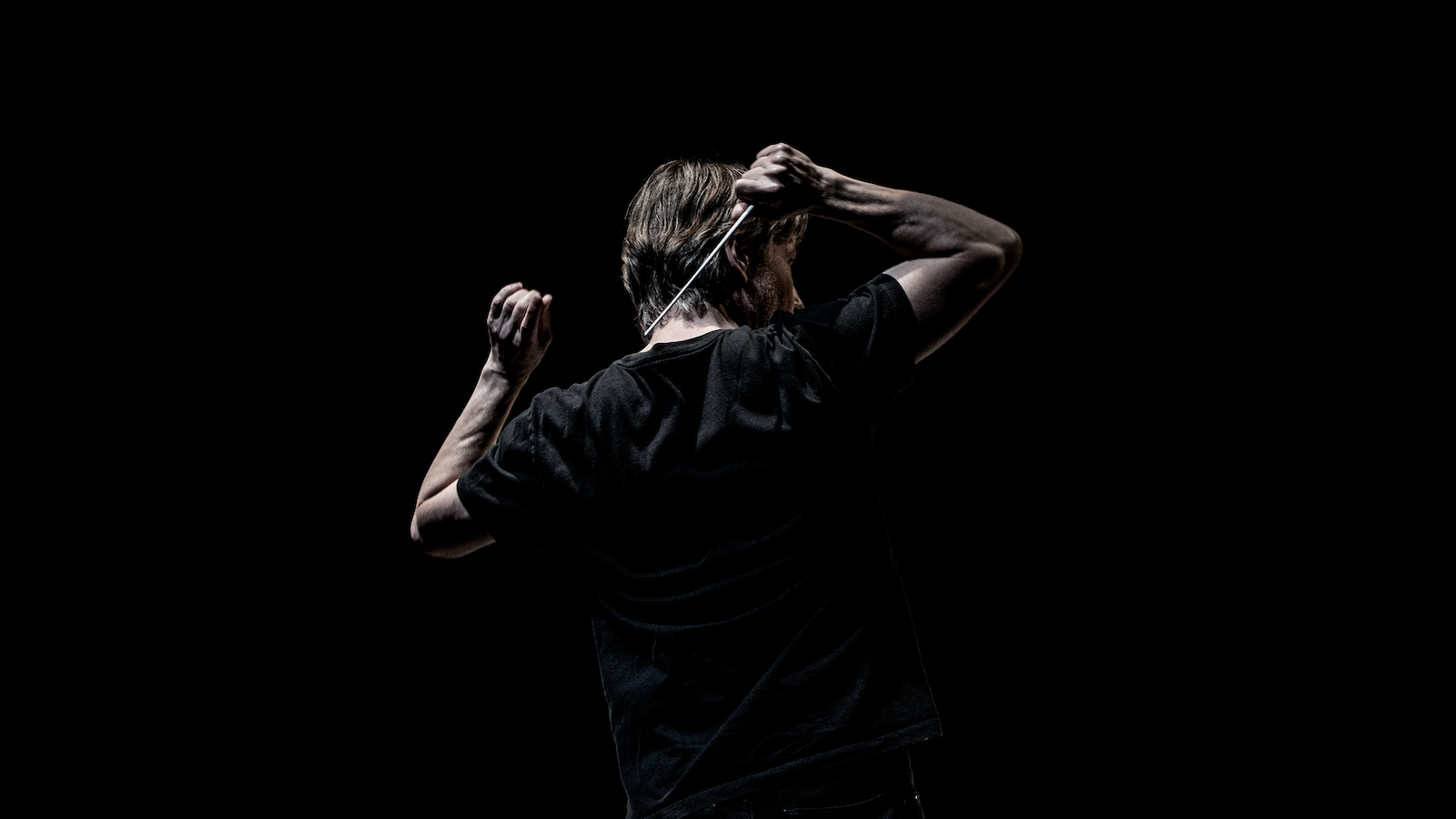 As a teenager in 1970s Finland, Esa-Pekka Salonen developed a reputation for ruining parties. Sometimes he would show up with his friend Magnus, bigfoot the piano, and hammer out four-hands arrangements of atonal pieces. The Apocalyptic Fantasy by Josef Matthias Hauer, a progenitor of twelve-tone music, was a favorite. Or he would seize control of the stereo, toss aside Donna Summer and blast a little Pierre Boulez. “I didn’t even like his Marteau sans Maître,” Salonen said in a recent interview, “but I played it anyway because I was the intellectual with a capital ‘I.’” A girl he had a crush on put an end to things when she confronted him, tearfully demanding to know what was wrong with him.

Today the San Francisco Symphony’s Music Director is one of the most charismatic advocates for classical music and a composer of vibrant works, which can garner hundreds of thousands of streams online. In 2014 he starred in a splashy ad campaign for the Apple iPad. At the helm of the London-based Philharmonia Orchestra and the Los Angeles Philharmonic he became known for performances of visceral excitement. These days he wins over audiences to the music of their own time with smartly curated programs—which sometimes include compositions by Magnus Lindberg, his former accomplice in apocalyptic party music.

Speaking on Zoom from his house near Helsinki, Salonen remembered his younger self with wry amusement. “I was impossibly arrogant,” he said. “And I actively hated pop and rock music.” For years he held fast to the Modernist doctrine and its categorical value judgments. On one occasion he climbed a coal heap outside a power station and declared, in front of rolling TV cameras, that pop music was dead.

“As you can imagine,” he said drily, “I’ve had to eat that one up a few times since.”

If Salonen, now 63, has mellowed with time, so has the field. Today no single style dominates composition the way Modernism did in the first postwar decades. The trenches that used to divide musical genres have grown over with thriving new hybrids. As the spectrum of art music widens, classical institutions seek to become more flexible and responsive. For Salonen that means expanding the artistic leadership of the San Francisco Symphony by bringing in eight Collaborative Partners to develop new programs. Rooted in fields including jazz, film music and artificial intelligence, these partners—Nicholas Britell, Julia Bullock, Claire Chase, Bryce Dessner, Pekka Kuusisto, Nico Muhly, Carol Reiley and Esperanza Spalding—help the Symphony reflect a polyglot world.

“I really felt that I need to have these bright, exciting, different voices as part of the artistic leadership team,” Salonen said, “to go places where I wouldn’t have gone without them.”

Salonen hopes that these partners will not only enrich the Symphony’s program but help redefine the orchestra, forge new connections, and expand its role in the community. “When the world in which these orchestras exist is fragmented and diverse, it’s almost unfair to imagine that a music director, or any one person, will have an overview of the entire field,” he said.

For him one of the lessons of the pandemic has been not to take the orchestra for granted as a mechanism that churns out weekly live concerts. Now he’s curious about the future of the institution, where it’s headed as a concept. And, he added, “I would like to be proactive rather than reactive as the world is changing.”

Salonen thinks that received ways of talking about the classical canon—and “masterpieces”—has “stifled the art music world for centuries.” Instead, he prefers to think of the standard repertory of a symphony orchestra as “music that is still being performed because generation after generation of people have loved it.” Perhaps, he added, “we should leave the greatness concept out of the equation and talk more about love.”

What Salonen loves best about the orchestra is its collective intelligence. His favorite metaphor is that of the ensemble as a shoal of fish that stays in formation even as it responds with quicksilver speed to new impulses. He increasingly sees his role as conductor as facilitating more than controlling. “In many cases the best performances of a certain type of music are the ones where you don’t feel that it’s being directed, but that it’s growing organically like some natural phenomenon,” he said.

But he takes a different approach when performing compositions designed, as he puts it, as mechanism. “Stravinsky was the master of mechanical form, of form that is constructed,” he said. “And Sibelius was the master of a form that is trying to create an illusion of a garden. Where the composer is the gardener, but he doesn’t make the plants. Whereas Stravinsky makes the parts and puts them together, and it’s a perfectly functioning complex mechanism and you can see the seams.”

Salonen traces his own development as a composer from a fascination with machines and the organization of sound toward a more organic ideal that seeks to hide the underlying scaffolding. Nature has become more important to Salonen over the years, though it is both a solace and a source of concern. In 2003 he cofounded the Baltic Sea Festival in Stockholm, which weaves together performances by artists from the region with programs addressing environmental concerns.

But for all the symphonies referencing nature Salonen feels no composer has yet satisfactorily captured the wilderness in sound. Certainly not the Romantics with their aesthetic distance, perched, like Caspar David Friedrich’s “Wanderer,” above and removed from the wild. Not even Sibelius, who drew so much inspiration from Finland’s landscape. “He talks about nature an awful lot,” Salonen said, “but when you see photographs of him, he takes walks in the woods wearing his French linen suits, and when he goes fishing he’s sitting in the back of the boat and looking a bit worried about the water messing up his shoes. Observing, but not getting his hands dirty. So the forest remains a metaphor.”

If there is one fundamental element of the physical world that musicians master it’s time. Salonen says he has come to see time, rather than sound, as his primary element. “In composing it’s the most difficult one and in conducting it’s the most exciting, because that’s the challenge that never gets boring,” he said. He has become fascinated with Wagner, because his works “means that you are manipulating time, smaller units and larger units and then entire scenes and acts, and the whole thing is about time,” he said. “That realization took me a few decades.”

“When I was a teenager I told myself I wasn’t interested in music because of its emotional content—or any content—but just for the sound,” he said. “If I may talk about something as old-fashioned as a television set, I’ve gone from being fascinated by the schematics and microcircuits and bits and pieces that make a TV to being more interested in what’s on. What the program is rather than the LEDs and microchips.”

Corinna da Fonseca-Wollheim is a writer and the founder of Beginner’s Ear.