Putting It All Together: Conductor Daniel Bartholomew Poyser 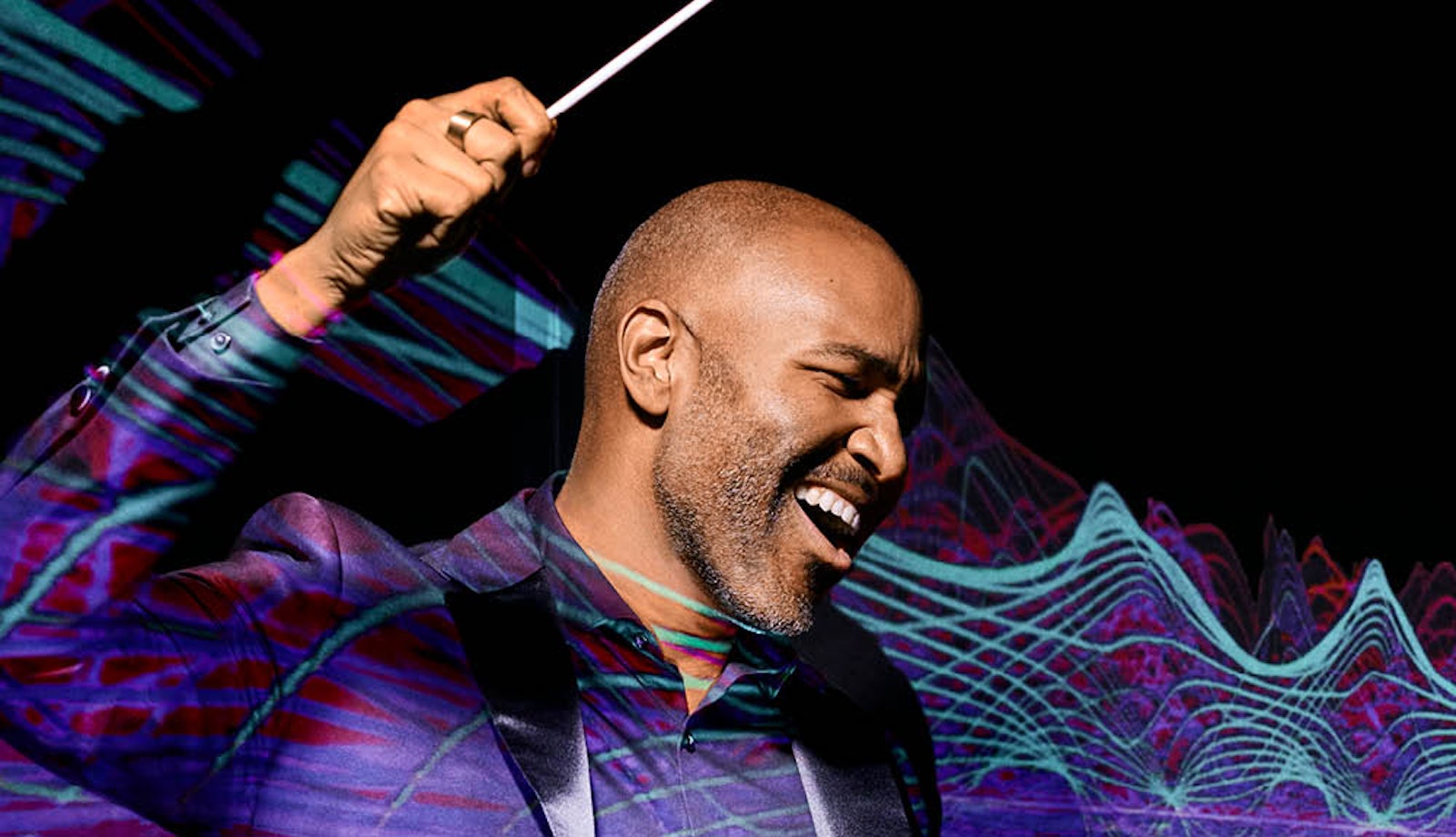 “It isn’t just a kids’ concert: it's a future violinist's concert, or teacher, or singer, or conductor, or donor.”

For the past several seasons, SF Symphony Resident Conductor of Engagement and Education Daniel Bartholomew-Poyser has delighted Bay Area audiences with his easygoing and engaging podium presence. Here he talks about how he connects with audiences of all ages.

Is an audience full of kids different from a regular concert audience?
[Laughter] If you don't engage the young people immediately, you feel the energy leave the room very quickly! The thing is, they give you a lot of energy too; you come out on stage to uninhibited applause and yells and that gives you a lot. There's a real need to explain things in a way that's fun, exciting, and understandable for all young people, including those who may not have English as their first language.

What do you try to accomplish with a concert for children?
Provide an experience they will remember five to ten years later. If you have a good amount of music kids are somewhat familiar with, then you can challenge them with things they’re unfamiliar with. Surprise the audience! That variety can help provide a memorable experience.
For example, I’ll engage students by doing experiments with sound in the moment, changing the way that they hear things on stage. I have a demonstration where I teach them how to recognize when the orchestra is sharp or flat. They can hear that. I like to treat the concerts as part concert, part experiment, allowing the students some agency so they're active and participating in ways that change the sound on stage.

How does this idea of engagement translate into your other work?
One of the most important things I always think about is “First, Last, and Only.” For some people in the audience this is the first time they're going to hear an orchestra live. And their decision to attend another concert later on is going to be based on what they experience today. For some, it's their last performance, especially if I go to a hospital or a senior citizens home, or a hospice, or prison. For a lot of these people this is the last time they will be hearing orchestral music live. That's a very, very special thing. Or, for some people, it's the only time they will hear a live orchestra. And you just don't know. So, with education concerts, it really, really raises the stakes. It isn’t just a kids’ concert: it's a future violinist's concert, or teacher, or singer, or conductor, or donor, or board member.

How do you keep the holiday repertory fresh for you, the orchestra, and the audience?
If you ask me coming off stage, “Which was your favorite piece of the concert?” I don't know that I would really be able to answer a lot of the time because my job is to love everything. I’m probably going to conduct Sleigh Ride three times a year with different orchestras for the rest of my life. And I’m going to love it every single time! Because if I don't, there’s no hope for the musicians. These pieces are institutions for a reason. People love them. It goes back to the idea of first, last, and only. People may have heard Sleigh Ride in the mall but this is the first time they're hearing it live with a real orchestra. Well, I better not let it get slow and lugubrious. So I find something else to get excited about in the piece.

How did your decision to become a conductor shape your experience?
It's interesting, because it never occurred to me that I could not be a professional orchestra conductor. I was often the only Black kid in my class, and all my music teachers were white, but all of them said “absolutely, you should be a conductor.” My family was like, “go for it!” Fortunately, I haven't encountered overt racism on my path. I like the fact that when people—especially young people—see me, they see a Black conductor. Because now they know hey, maybe if they want to be a conductor, they can be a conductor too. This world is for them. But I long for the day when a Black conductor isn't a novelty.

You obviously have a great relationship with the San Francisco Symphony.
Never in my wildest dreams as a youth did I think I'd be conducting the San Francisco Symphony. Once you've had that experience, you carry that sound with you. You carry the response of the musicians with you and you know that experience makes you so much better for everything else. With a group this good, what you can accomplish as a conductor is only limited by your own imagination.