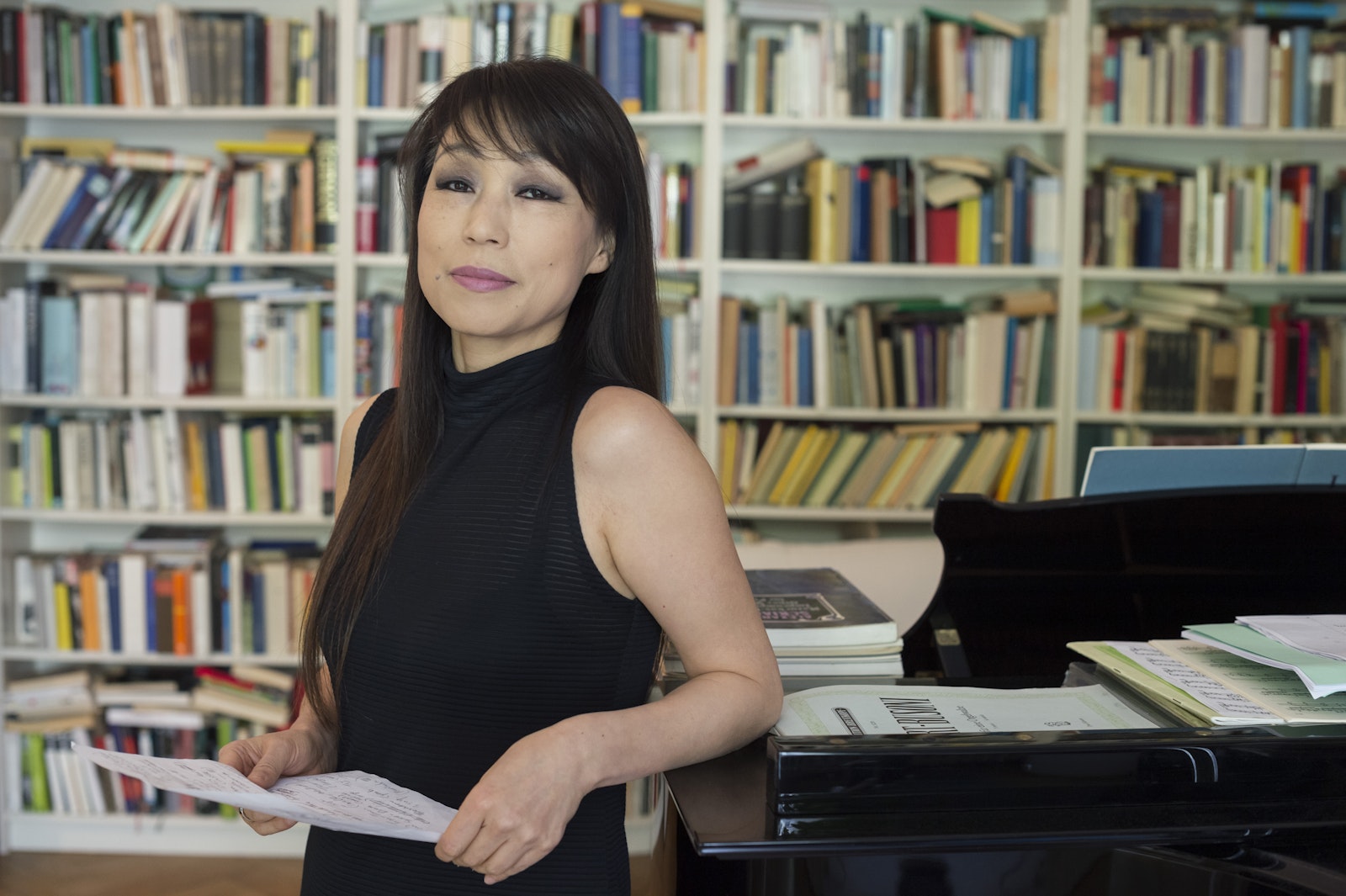 Composer Unsuk Chin’s music is a fixture on programs by major orchestras worldwide. Chin’s Graffiti was heard here in October performances led by Esa-Pekka Salonen while her 2020 work subito con forza receives its West Coast premiere this month under the direction of Gustavo Gimeno (November 4-5, 7).

These performances of Graffiti and subito con forza mark the first time the San Francisco Symphony has played your music. What was your first experience with the Symphony?
I know [the Symphony] from a range of excellent recordings, including Stravinsky and Ives recordings with MTT, discs with Edo de Waart as conductor and Zoltán Kocsis as a soloist, and several Blomstedt recordings—all of which testifies to an exceptionally committed and open-minded ensemble and institution where precious traditions and innovation go hand in hand.

Tell us about your work with Esa-Pekka Salonen.
I worked with him several times when he was music director of the Philharmonia Orchestra in London. I vividly recall a first-class interpretation of my Violin Concerto and, in particular, the unforgettable first performance of my large-scale choral-orchestral work Le Chant des Enfants des Etoiles. All these fantastic renditions were always extremely dedicated, precise, and inspired. And it was a great honor for me to have a chance to oversee the Philharmonia’s new music series [Music of Today] for eight years.

In addition to your work with the Philharmonia Orchestra you founded a contemporary music series with the Seoul Philharmonic. What were those experiences like and how is programming a concert series different for you than your work as a composer?
Curating and organizing festivals is a very welcome contrast to composing, which is very solitary work. In this, I can connect to the living musical creation of other people here and now. I was recently appointed Artistic Director of the Tongyeong International Music Festival, an important festival in Korea, and I look forward to starting at another festival soon. Both include lots of contemporary music, but not solely.

How does working with individual performers or ensembles inspire you? How do you build those relationships?
Since many of my instrumental concertos have been written for particular performers in mind, their unique skills inspired me to take up a specific project. Once both sides have taken that decision, the next step is to find commissioning orchestras or promoters to realize the plans.

What is most challenging for you as a composer? What stimulates you?
Most challenging: the writer’s block, which is a fairly frequent experience. You can sit in front of the blank staff paper for days or even weeks and, right at the moment where you think you feel ready to jump out the window, the knot gets untied. It seems it is just not possible without a struggle. My remedy: practicing piano, which gives me a lot of energy through immediate physical contact with already existing music.
Do you think about composition differently now than you did earlier in your career?
Certainly. The most radical break happened in my mid-20s. When I was younger, I devoured all of the Western avant-garde music, as if with a time lapse, and wrote prize-winning works that were indebted to different modernist idols. However, when I studied with György Ligeti, he demanded that I find my own voice; it was a time when he had himself renounced the avant-garde to look for an alternative way beyond traditionalism, modernism, and post-modernism. As a result, I couldn’t compose for three years. [Chin studied with Ligeti in Hamburg from 1985-88 before moving to Berlin, where she currently lives.]

What would you still like to do as a composer that you haven’t had an opportunity to do?
I always want to explore new things, so I set new goals for myself with every piece; I won't decide to go for a new project if I can’t discover something new. I just finished a new Violin Concerto for Leonidas Kavakos, which is entirely different from my first concerto, and I am working on my second opera.