Johannes Brahms
All sound clips are from San Francisco Symphony performances and are used with permission of the SFS Players Committee.

LEAD SUPPORT FOR THIS CONCERT SERIES IS PROVIDED BY JOACHIM BECHTLE IN LOVING MEMORY OF HIS WIFE NANCY.

THURSDAY MATINEE CONCERTS ARE ENDOWED BY A GIFT IN MEMORY OF
RHODA GOLDMAN.

Experience Johannes Brahms as a brooding twenty-something in a concert led by Michael Tilson Thomas. The Serenade No. 1, first written for a small ensemble, retains the intimacy of chamber music while harnessing the power of the full orchestra. Then, Emanuel Ax returns to the Symphony for Brahms’ First Piano Concerto, a turbulent piece that transforms youthful angst into wiser understanding. 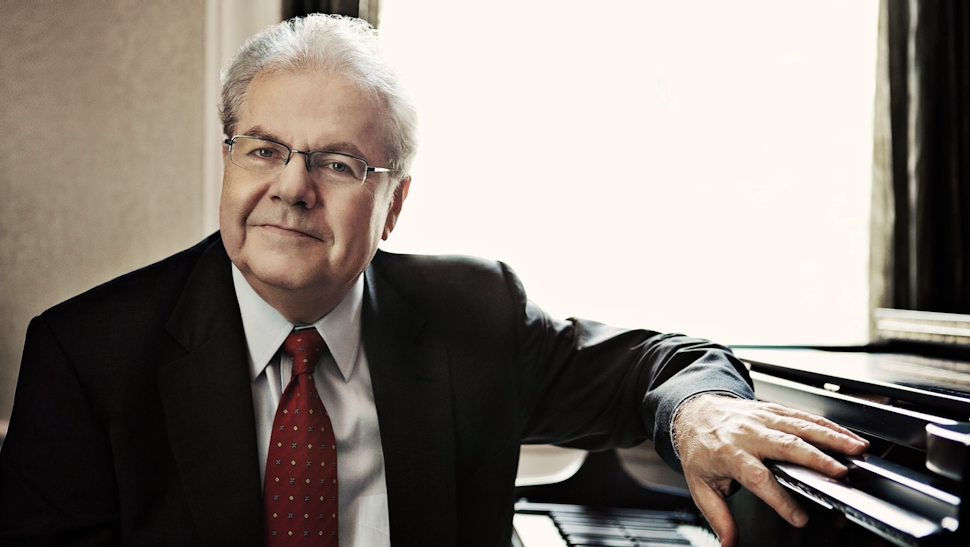 Johannes Brahms’s Serenade No. 1 in D major and his Piano Concerto No. 1 in D minor were his first two orchestral works. Both were completed in 1858, when Brahms was working in Detmold, the capital of Lippe, a tiny principality where Prince Leopold III maintained a small but excellent orchestra. When Clara Schumann moved from Düsseldorf to inconveniently distant Berlin, she recommended that the 24-year-old Brahms succeed her as piano teacher to the ladies of the court. He also conducted a chorus and organized chamber music concerts.

For Brahms, Detmold provided an agreeable setting in which to compose, to expand his knowledge of the repertory, and to gain experience as a conductor. It also offered a chance for some emotional cooling off, something he needed after his friend and mentor Robert Schumann’s tragic death in 1856 and in the aftermath of a love affair with Agathe von Siebold, a gifted young singer he had met in Göttingen. Schumann’s death also put the situation with his beloved Clara into an alarming new light. It was a turning point in their relationship, though not the one for which he must have hoped. They pulled apart, and it took some time before they settled into a loving, nourishing friendship.

All this time, both these pieces were developing in Brahms’s head. The process of composition was marked by the his ambition, his inexperience, his almost overpowering feeling for the past, and his trembling sense of his own audacity at inserting himself into history as a successor of Beethoven.