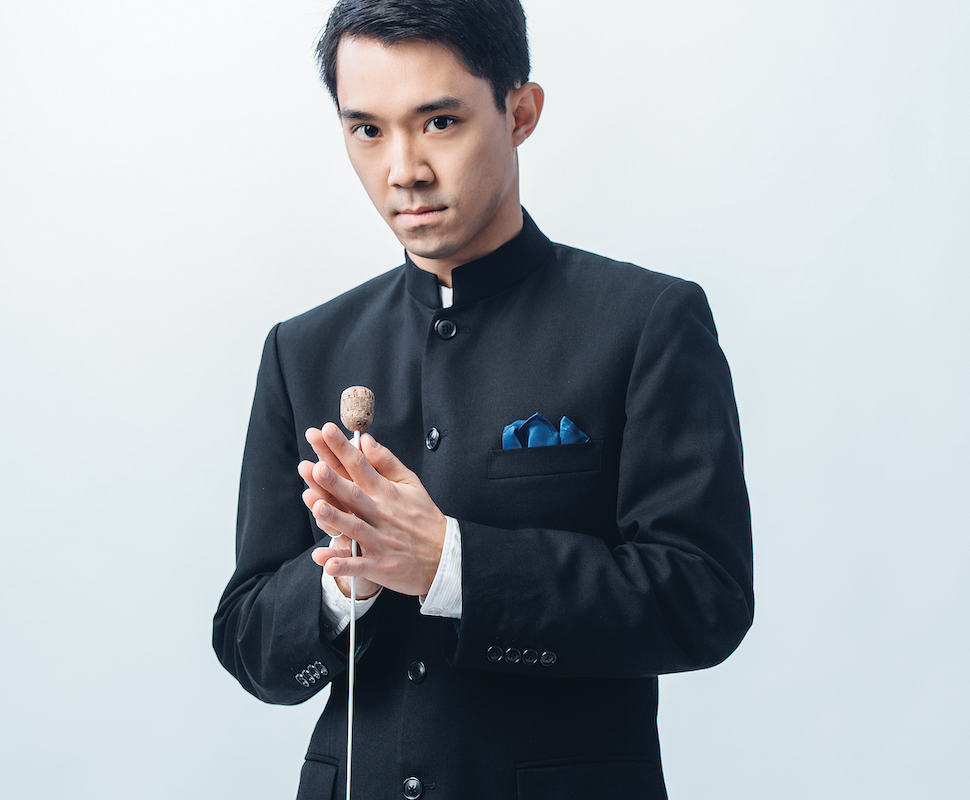 Born in South Korea and now teaching at San Diego State University, Texu Kim is gaining a following for scores that combine compositional rigor with a spirit of humor and gamesmanship. His Bounce!!, completed in 2014, was inspired by the sounds of basketballs and squeaking sneakers in a gym he frequented—which places it in a tradition of athletically inspired works that includes Debussy’s Jeux (involving tennis), Shostakovich’s The Golden Age (soccer), Honegger’s Rugby (self-explanatory), and Ives’s Yale-Princeton Football Game (two downs in three minutes, Yale wins).

Lou Harrison was an American original, at once eclectic and unique. He was a quintessential creative Californian, absorbing the multicultural influences so prevalent on the West Coast and channeling them in highly original ways from his eccentric home removed from the bustle of the artistic centers. The Pipa Concerto, Harrison’s last large-scale work, which he wrote for Wu Man, places a single Asian instrument against the Western symphony orchestra. This concerto is one of his great unclassifiable hybrids: Although the opening movement suggests the formality of a “classical” concerto, the following movements are truly sui generis.

NIM is one of three works by Younghi Pagh-Paan that draw inspiration from a text by her Korean countryman, the poet Mun Byung-Lan. Pagh-Paan notes, “One of the poems—one he himself calls a ‘love poem’ talks about our earth. The lyrics of this poem made a deep impression on me. The metaphors of the abused, tortured, and trodden soil clung to me… I attempt here to give a rough translation of Mun Byung-Lan’s verses, as they have never been translated before.”

Takashi Yoshimatsu’s The Age of Birds is in three movements reflecting the sky, a tree, and the sun. The composer notes, “With my mind’s eye, I see a sky with transparent birds. With sad eyes they quietly look down on the human beings crawling around in an artificial forest below them… The work could be thought of as a symphony in three movements…It was not born of romanticism or impressionism, but a new method of composition (and orchestration) based on the ‘science of sound.’”

Zhou Long is internationally recognized for creating a unique body of music that brings together the aesthetic concepts and musical elements of East and West. The Rhyme of Taigu is a lively and powerful work for full orchestra exploring the energy and spirit behind Japanese taiko, or “fat drum” (“taigu” in Chinese). As a result, the percussion plays a key role, providing an aggressive drive throughout the whole work and often in competition with the brass, particularly in the climax.

Pre-Concert Talk: Join us for an informative “Inside Music” talk from the stage with Laura Stanfield Prichard. Free to all ticketholders, these talks begin one hour before the February 11-12 performances. Doors open 15 minutes before.

Off-The-Podium: A post-concert audience Q&A session with moderator Laura Stanfield Prichard will be presented from the stage immediately following the concert on February 12. Free to all ticket holders.