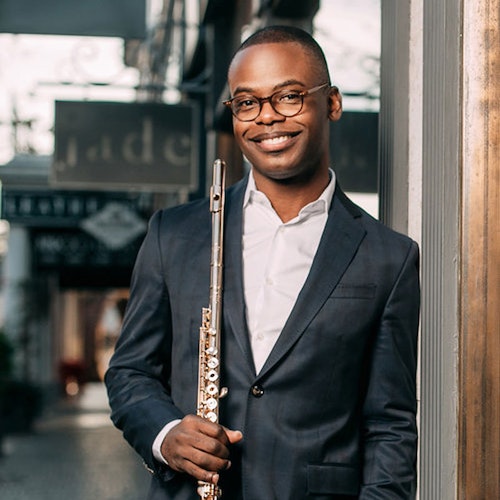 Wolfgang Amadeus Mozart loved to dance. In 1787 he received a request from Count Johann Pachta to compose some dances for a ball in Prague. Despite being light on his feet, Mozart procrastinated in a big way. Legend has it that the Count resorted to luring Mozart into coming over for a free meal (who can resist?). Upon arrival, he was directed to a desk and “strongly encouraged” to compose. Apparently Mozart worked well under pressure: Less than half an hour later, four of these German dances were in the books.

Michael Tilson Thomas notes, “Notturno is a virtuoso piece evoking the lyrical world of Italian music. Its shape recalls concert arias, “études de concert,” and salon pieces—creations of a bygone world that I still hold in great esteem…The piece has a subtext. It’s about the role music plays in the life of a musician and the role we musicians play (must play?) in life.”

The Spring Symphony of Robert Schumann was inspired by a poem by Adolph Böttger, and the spirit of spring is there from the outset: The symphony’s opening motto is indeed a wordless setting of the poem’s lines “O wende, wende deinen Lauf,—Im Talle blüht der Frühling auf!” (Oh turn, Oh turn and change your course,—Now in the valley blooms the spring!). Images of spring dot ensuing pages of the score through a series of movement headings (later jettisoned out of concern that they flew too close to Ludwig van Beethoven’s Pastoral Symphony): “Beginning of Spring,” “Evening,” “Jolly Playmates,” “Spring Replete.”

After notes by James M. Keller and Jeanette Yu