The Moon Over Spring River

Celebrate the Lunar New Year with the San Francisco Symphony at this vibrant event that draws upon Asian traditions, past and present. Enjoy the Festival Reception’s host of activities followed by a performance of Eastern and Western repertoire by the Symphony.

Continue the festivities after the concert by purchasing a ticket to the dramatic and glamorous banquet. Call the San Francisco Symphony Volunteer Council at 415.503.5500 for further details.

Ticket exchange and group discount not available. Program and details subject to change.

Dinner tickets include access to the Festival Reception, premium seating at the Chinese New Year Concert and Banquet. These tickets will be mailed two weeks before the event.

Welcome to this concert celebrating the Lunar New Year. As this Year of the Mouse begins, we hear Chinese music as well as music inspired by Western traditions. We are delighted that you are joining us this afternoon, and we wish you health, happiness, and prosperity for the coming year.

The program opens with the rousing concert opener Martial Artists Welcome Spring arranged by Phoon Yew Tien. A native of Singapore, Phoon is a prolific composer and arranger drawing on both Eastern and Western musical vocabularies. He has served as an arts advisor to the National Arts Council in Singapore and was previously a composer-in-residence for the Singapore Symphony.

The pipa solo Moonlit Night on Spring River takes its title from a well-known Tang Dynasty poem by Zhang Ruoxu describing the beauty of a moonlit night in the region south of the Yangtze River. The poem begins, “In spring the river rises as high as the sea / And with the river’s rise the moon brightly ascends.” This musical setting has taken on many forms over the generations, gaining further popularity in the twentieth century when it was first arranged for orchestra.

Jin Diao draws inspiration from North China, and specifically from the bangzi operatic style as practiced in Shanxi province, which lies west and southwest of Beijing. The word “bangzi” originally designated woodblock percussion instruments or clappers that sounded the primary beat of the melodies, but the term eventually grew to designate this entire operatic style, which characteristically includes traditional melodies (often highly ornamented), arias, and instrumental interludes in addition to the fundamental percussion patterns marked by the clappers. Often the banhu, a two-stringed bowed instrument, is the lead melodic instrument in bangzi ensembles, but Jin Diao instead features the sheng, a mouth-blown free-reed instrument with vertical bamboo pipes, a relative of the Western harmonica.

Bright Sheng was born in Shanghai in 1955. During the Cultural Revolution, he was sent to a remote province on the Tibetan border, where he discovered the beauties of local folk songs and began to compose. With the return of national stability, Sheng entered the Shanghai Conservatory, but he was denied his diploma after choosing to emigrate to the United States in 1982. He settled in New York City and became an American citizen. His teachers have included Leonard Bernstein, Mario Davidovsky, George Perle, Hugo Weisgall, and Chou Wen-chung. Sheng’s music has been widely performed in this country, Europe, and China. In 1993, he served as Artistic Director of the San Francisco Symphony’s Wet Ink new music festival. Sheng has been teaching composition at the University of Michigan since 1995, where he is the Leonard Bernstein Distinguished University Professor of Music. Bright Sheng notes that Red Silk Dance “was inspired and influenced by the music from the Silk Road culture. For thousands of years the caravans of the Silk Road had made voyages through the ancient trading route linking the two greatest civilizations of the time between China and Rome. More importantly, the Silk Road had opened up an enormous cultural and religious exchange among the countries between Asia and Europe…Influences from other cultures are still evident in Chinese music today, especially in the folk and operatic music of the northwestern provinces where the Silk Road culture had been rich.”

Wang Xilin was born in 1936 in Kaifeng, Henan Province of China. He began his career in an art troupe in the Chinese People’s Liberation Army and in 1955 he was sent to the Central Military Music Conducting School in Beijing. In 1957, he was admitted to the Shanghai Conservatory of Music. Following his graduation, his career took off and his 1963 symphonic suite Yunnan Tone Poem No. 1 (from which we hear the fourth and final movement) was awarded the first class prize at the first National Symphonic Music Contest. Outspoken in his political beliefs, Wang was banished to Shanxi Province for fourteen years during the Cultural Revolution, where he worked as a laborer amid trying circumstances. Upon his return to Beijing in 1978, he encountered the music of the major Western compositional figures of the twentieth century and refined his already unique sound to incorporate modern techniques and folk influences. Wang’s extensive oeuvre comprises eight symphonies, numerous concertos, symphonic suites, overtures, and music for film, as well as a body of chamber and vocal works.

The melody now known as Moon Reflects on Er-Quan Spring existed originally without a descriptive title. This picturesque name was provided by Yang Yinliu, a renowned musicologist, when he recorded a collection of works for the erhu (a traditional Chinese instrument with two strings) composed and played by folk musician Hua Yanjun (or A Bing, 1898–1950). In the years that followed, the name and the melody have been inseparable, and the programmed title provides a key to understanding the substance of this beautiful piece. "Erquan," literally "The Second Fountain," refers to a tourist resort in the city of Wuxi in Jiangsu province. The city, situated on Mount Huiquan, is known in full as "The Second Fountain between Heaven and Earth," and is famous for its beautiful fountain. This music is as reflective as it is evocative and exhilarating. Wu Zuqiang’s re-arrangement of Moon Reflects on Er-Quan Spring preserves the music's original feeling and style, at the same time enriching the melody with expressive string writing.

Huang Ruo, born in 1976, began studies at the Shanghai Conservatory when he was twelve. He continued his education in this country at the Oberlin Conservatory and the Juilliard School. He is a founding member of the International Contemporary Ensemble and founder of the performance company Future in Reverse. Commissioned by the San Francisco Symphony, Huang’s Folk Songs for Orchestra received their first performance in the SFS 2012 Chinese New Year concert. The set was originally comprised of three folk songs: "Flower Drum Song from Feng Yang," "Love Song from Kang Ding," and "Girl from the Da Ban City." This performance features the US premiere of Huang's setting of "Little Blue Flower." The composer offers these reflections on the music:

Folk songs reflect the life and culture of a civilization….I grew up in China and have always had a fond love for Chinese folk songs. China has more than fifty ethnic groups, each with its own culture, traditions, and folk songs….The goal [of this work] is not only to preserve and renew the original folk songs, but also to transform them into new pieces of art that also contain organic originality.

James M. Keller’s note on Jin Diao originally appeared in the program book of the New York Philharmonic and is used with permission.

Presented in Partnership with 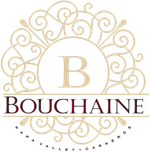 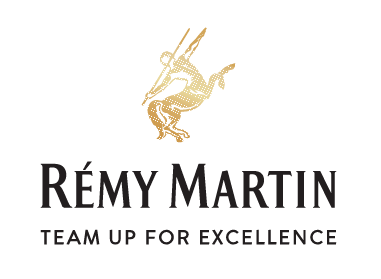