The Thursday Matinee concerts are endowed by a gift in memory of Rhoda Goldman.

“Be still and know that I am Beethoven!” So proclaims the opening of the Seventh Symphony—so arresting, so charged with fervor, symphonic music would never be the same. To commemorate the 250th anniversary of the composer’s birth, Dima Slobodeniouk leads the San Francisco Symphony through the visionary masterpiece. From its commanding open to its rustic Vivace, from the hypnotic Allegretto to the franticly exuberant finale, Beethoven signals to the world that the symphonic form is equal to the task of the greatest poets, and sets an almost unattainable standard for future composers. Also on the program, Jörg Widmann’s spectacular Con brio, a remarkable contemporary lens through which to gaze at Beethoven’s musical monument. Thrilling Armenian virtuoso Sergey Khachatryan, the youngest-ever winner of the International Jean Sibelius Violin Competition, brings his insight to Sibelius’ urgent and utterly bewitching concerto. 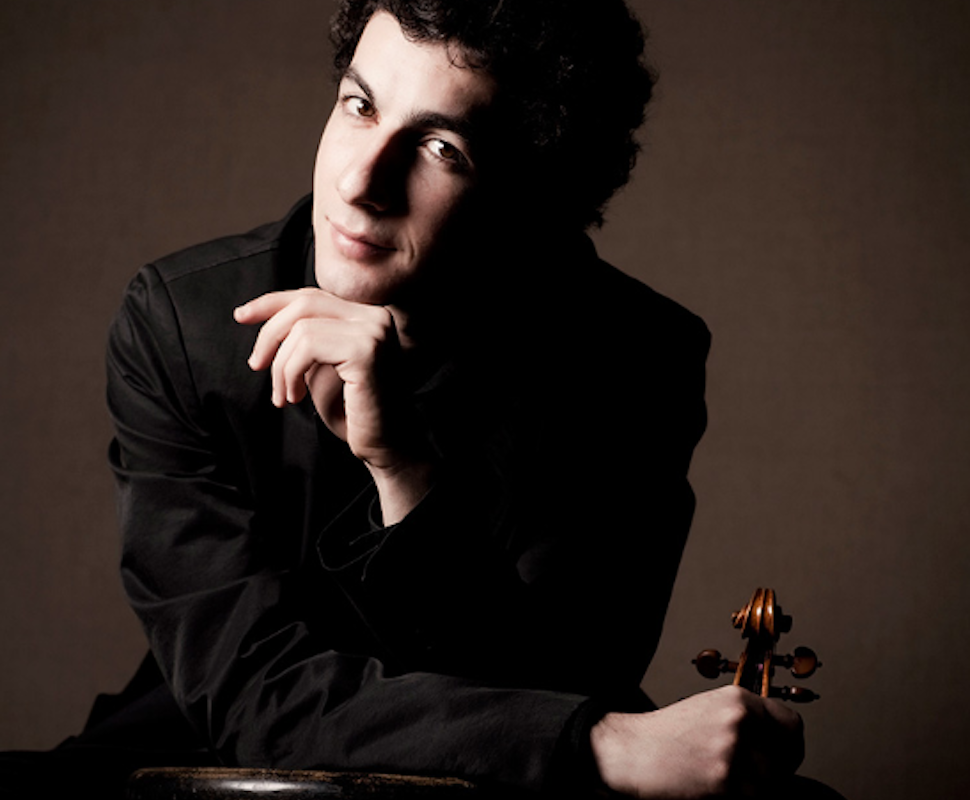 JÖRG WIDMANN
Con brio 2008 | 12 mins | James M. Keller
Jörg Widmann, acclaimed as a clarinetist and conductor as well as a composer, wrote his much-performed Con brio in 2008 to open a concert that proceeded to Beethoven’s Seventh and Eighth Symphonies. (Here we encounter it in proximity to the Seventh though not the Eighth.) It is a Beethoven tribute that is built on allusions rather than out-and-out quotations. Widmann employs the same size orchestra as Beethoven used in those symphonies, but he requires his musicians to play with extended techniques that were not part of Beethoven’s vocabulary. Nonetheless, Beethoven is very present in this modern work, with specifically voiced chords, recognizable rhythmic gestures, and familiar melodic shapes leading the listener to think of corresponding touches in Beethoven’s symphonic scores.—Read More

SIBELIUS
Violin Concerto  1902/1905  |  31 mins | After notes by Michael Steinberg
Sibelius wrote this concerto for a kind of ghostly self. He was a failed violinist. He had begun lessons late, at fourteen, but then “the violin took me by storm, and for the next ten years it was my dearest wish, my overriding ambition, to become a great virtuoso.” In fact, aside from the double handicap of his late start and the provincial level of even the best teaching available in Finland, he had neither the physical coordination nor the temperament for such a career. In 1891, when he was in Vienna studying composition, he auditioned for the Philharmonic. —Read More

BEETHOVEN
Symphony No. 7  1812  |   38 mins | After notes by Michael Steinberg
Beethoven’s Seventh Symphony is one of the composer’s most popular compositions, but it actually didn’t start out that way. The first performance, in 1813, took place at a benefit concert for Austrian and Bavarian soldiers wounded at a recent battle in the war raging across Europe in Napoleon’s wake. The concert was a wild success—only audiences were more excited about another work of Beethoven’s, Wellington’s Victory. But they enjoyed the symphony, too. Years later, composer Richard Wagner described the Seventh as representing “the essence of the dance.” The work includes many moments of real abandon. A semi-slow introduction, the largest ever heard in any symphony at the time of its premiere and still one of the largest, defines great harmonic spaces. There is no slow movement. Instead, the famous second-movement Allegretto is relaxed only by comparison with what comes before and after. The symphony’s finale is one wild unharnessing of sound. —Read More