SoundBox kicks off December 6–7 with a program curated by San Francisco Symphony musicians. Tickets on sale November 5 at 10am PST via sfsoundbox.com

One of the signature elements of SoundBox has been the acoustic transformation of a 7,600 square foot warehouse-like rehearsal space adjacent to Davies Symphony Hall into an imaginative performance venue through use of the Meyer Sound Constellation system. With Constellation, composers and conductors select from different acoustic environments for each musical piece—and can custom program a completely new environment if desired. The use of this acoustic sound system provides ultimate versatility and accommodates a variety of musical styles and ensembles within one performance.

SoundBox continues on February 7–8 with a program curated by composer and performer Missy Mazzoli and conducted by Edwin Outwater. The program examines the idea of sacred spaces and how music can be instrumental in creating modern sacred environments—not sacred in the religious sense of the word, but rather as a refuge from the chaos of the world around us and an opportunity for deeper internal connection. Many of the works selected by Mazzoli for this SoundBox program feature the synthesizer. Missy Mazzoli and Lorna Dune play the synthesizer in Mazzoli’s arrangement of Meredith Monk’s Passage / What Does It Mean? and Mazzoli’s Vespers for a New Dark Age, and Mario Diaz De Leon plays the synth part in his own composition Sanctuary. The latter two works also feature soprano Marnie Breckenridge and members of the SF Symphony. Other works on the program include Marcos Balter’s Ut, Mario Diaz De Leon’s Sacrament, Missy Mazzoli’s Vespers for Violin, John Luther Adams’ The Light Within, and Arvo Pärt’s Silentium, from Tabula Rasa. DJ Lorna Dune will curate and perform music during both intermissions and after the concert, and the SoundBox space will feature lighting design by Seth Reiser and video design by Adam Larsen.

The final SoundBox program of the season takes place April 24–25, curated by soprano Julia Bullock who performs in the program alongside members of the SF Symphony, pianist John Arida, and the Young Women’s Chorus of San Francisco, with Christian Reif conducting. As San Francisco Symphony’s 2019–20 Artist-in-Residence, Bullock aims to illuminate the distinct voices of literary, visual, and musical artists, and bring attention to underrepresented composers. In curating this SoundBox program, Bullock pairs music by Nina Simone with klavier music by J.S. Bach and chants by Hildegard von Bingen; Blues songs for piano and voice by Alberta Hunter, Pat Castleton, Lovie Austin, Sonny White, and Maceo Pinkard with solo violin pieces by Coleridge-Taylor Perkinson; and music by contemporaries Joséphine Baker and Françis Poulenc. The program incorporates signature elements of the SoundBox experience, including shifting stage settings and an immersive environment—courtesy of lighting designer Luke Kritzeck and video designer Adam Larsen.

SoundBox accommodates approximately 500 people, some seated and some standing, offering an alternative to that of the traditional concert hall experience. The space is designed for general admission seating with banquettes, ottomans, barstools, café tables, and high-top cocktail tables. SoundBox has a full bar serving specialty cocktails and gourmet bar bites for enjoyment during the performances. Audience members can access more information on the works performed during each concert at sfsoundbox.com. The doors open at 8pm for each event, with the performance beginning at 9pm. 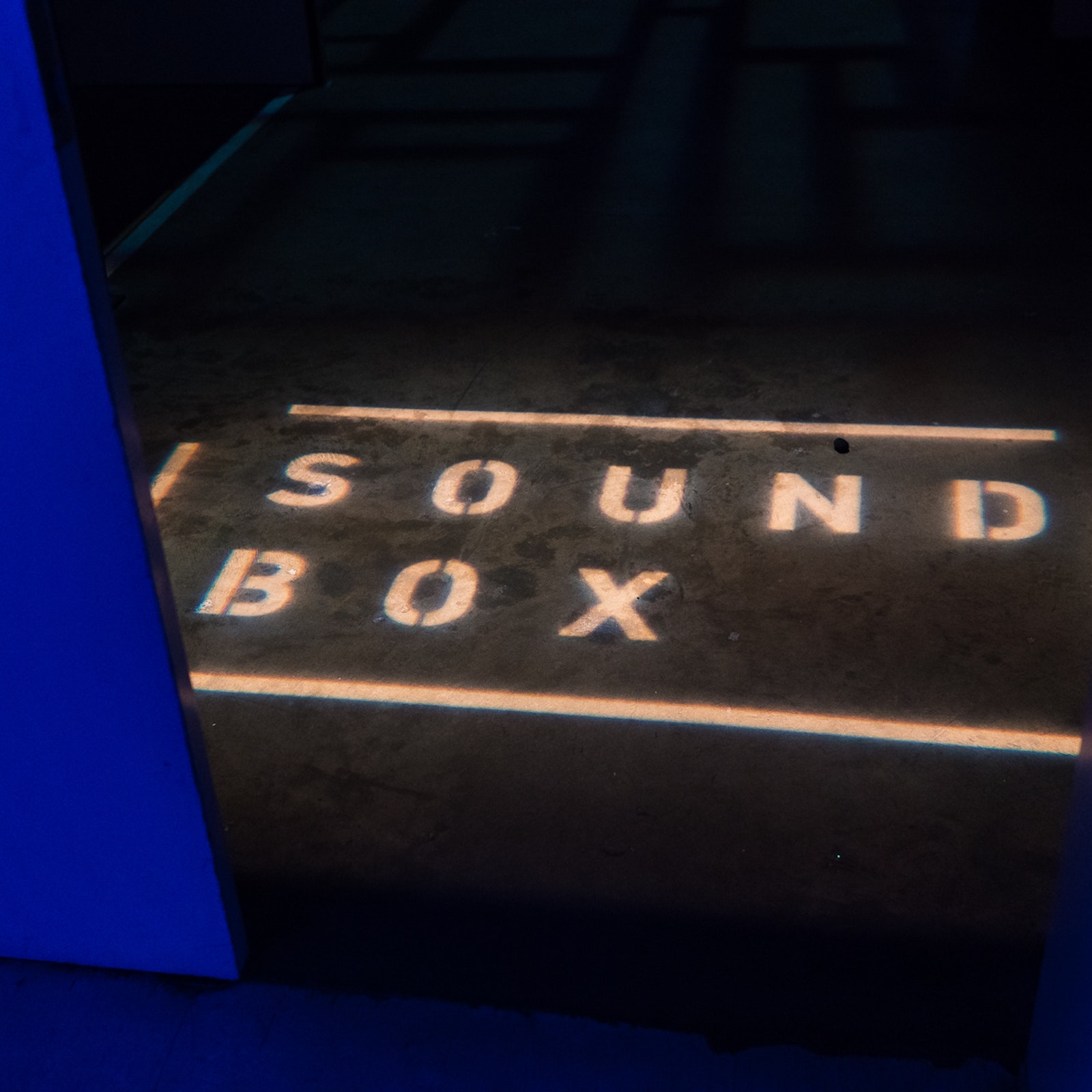