View of monitors in the control truck during the filming of Beethoven’s Symphony No. 3, Eroica for Keeping Score, 2006

As the world expands through the rise of new media, MTT and the San Francisco Symphony continue to connect with music lovers in innovative ways. New SFS Media recordings garner wide acclaim, and it is now time to bring music to the masses. Radio. Television. Internet. It’s all there in Keeping Score, MTT and the San Francisco Symphony’s game-changing entrant in this new digital world.

It is one of the most ambitious efforts ever undertaken by an American orchestra: a ten-year project of original content about the world’s great composers told through public television, public radio, and the internet. Season one of Keeping Score premieres on PBS in November 2006 and is must-see TV. Each episode unveils a story told by MTT, tracing how a composer (Copland, Stravinsky, and Beethoven in season one) came to write music now part of the basic repertory, complete with full-length San Francisco Symphony performances of the featured compositions. Filmed in HD and on location—in places like Vienna, Paris, Moscow—these programs are visual feasts. A significant addition to MTT and the Symphony’s music education legacy, Keeping Score’s impact is measurable. 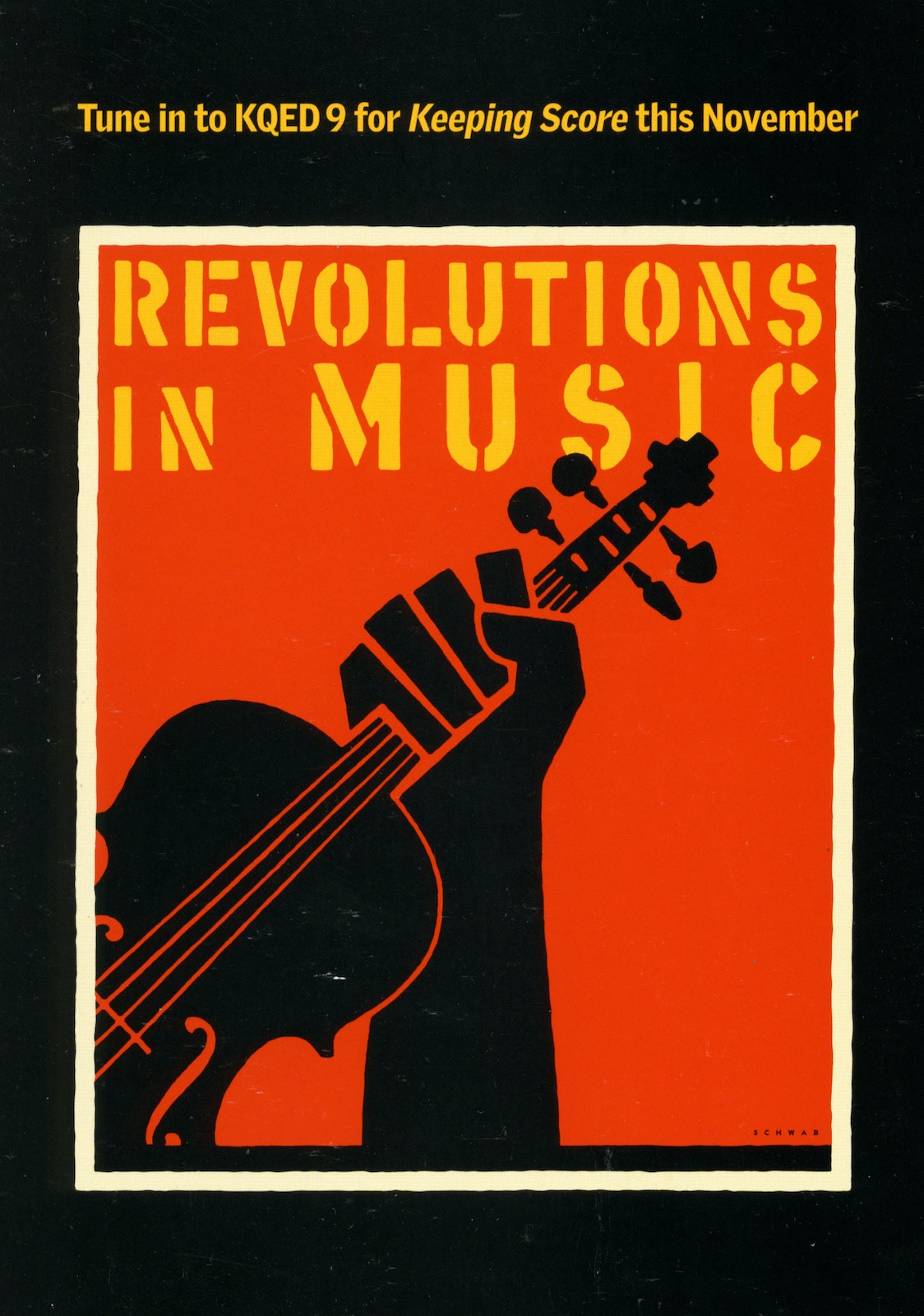 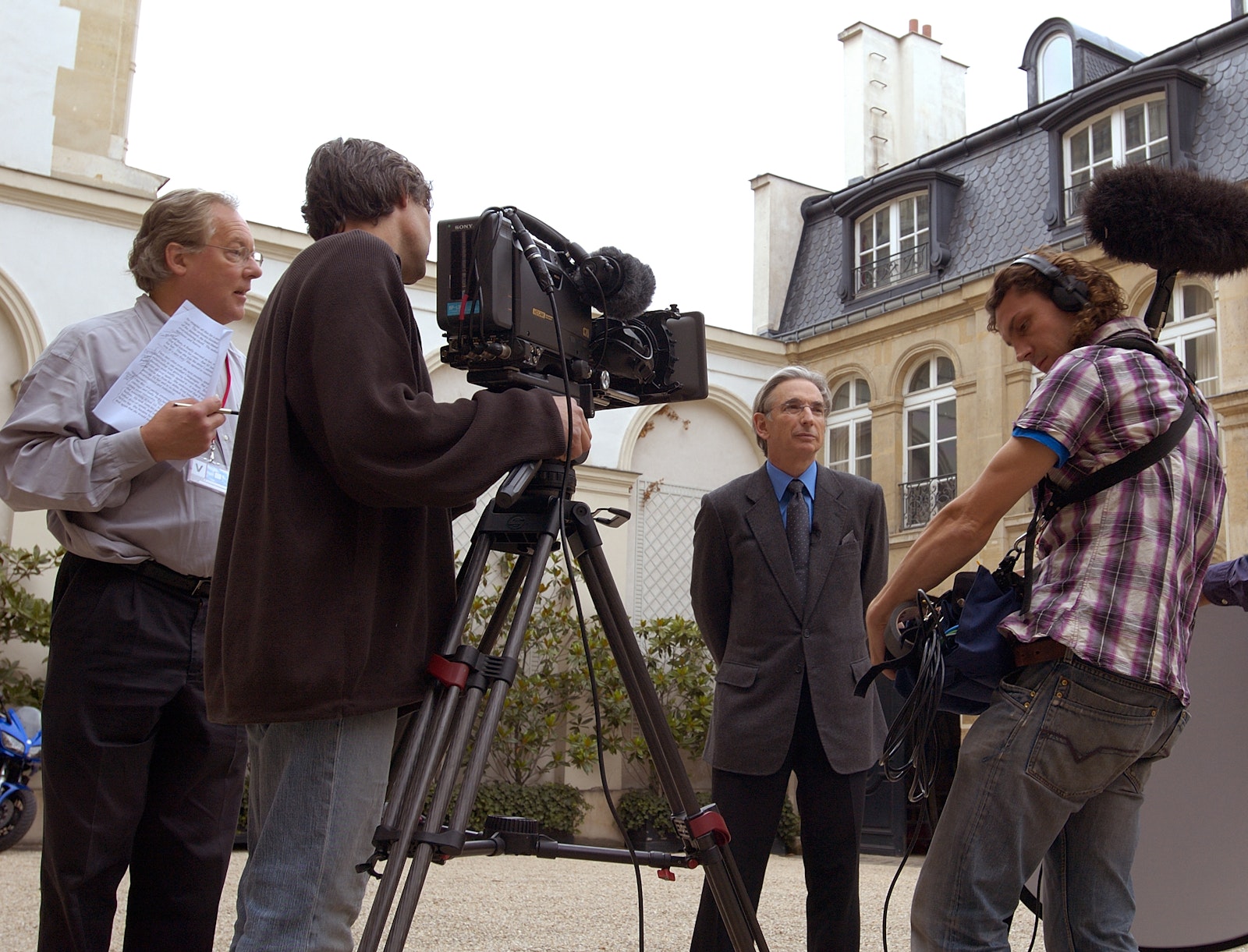 MTT and crew on location in Paris

The San Francisco Symphony is lifting the baton on a . . . project that it hopes will take it from Davies Symphony Hall to millions of American homes. Keeping Score, in the works for close to five years, consists of three TV documentaries hosted by Michael Tilson Thomas, two televised concerts, 13 radio programs, an interactive web site and an accompanying curriculum that will be introduced in school districts around the country. That is just the first installment of a three-part series that will play out over the next five years.

‘This is a big deal,’ said Brent Assink, Executive Director of San Francisco Symphony. ‘It is the single largest program any American orchestra has undertaken to reach the broadest possible audience for classical music. . . . With Keeping Score, we are going to be the leading orchestra as it relates to repeated exposure on television, radio and over the Internet. It all builds on itself.’ 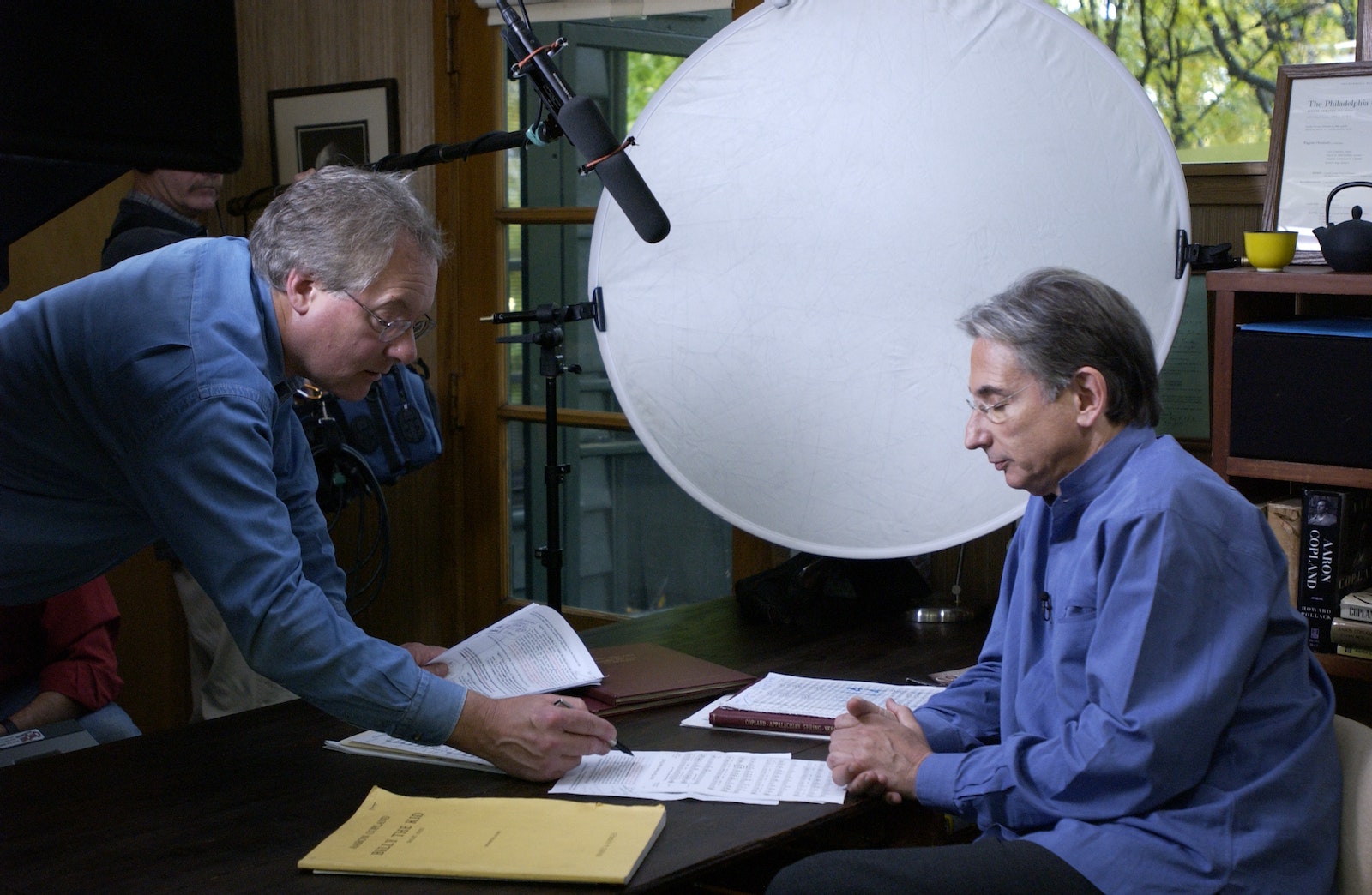 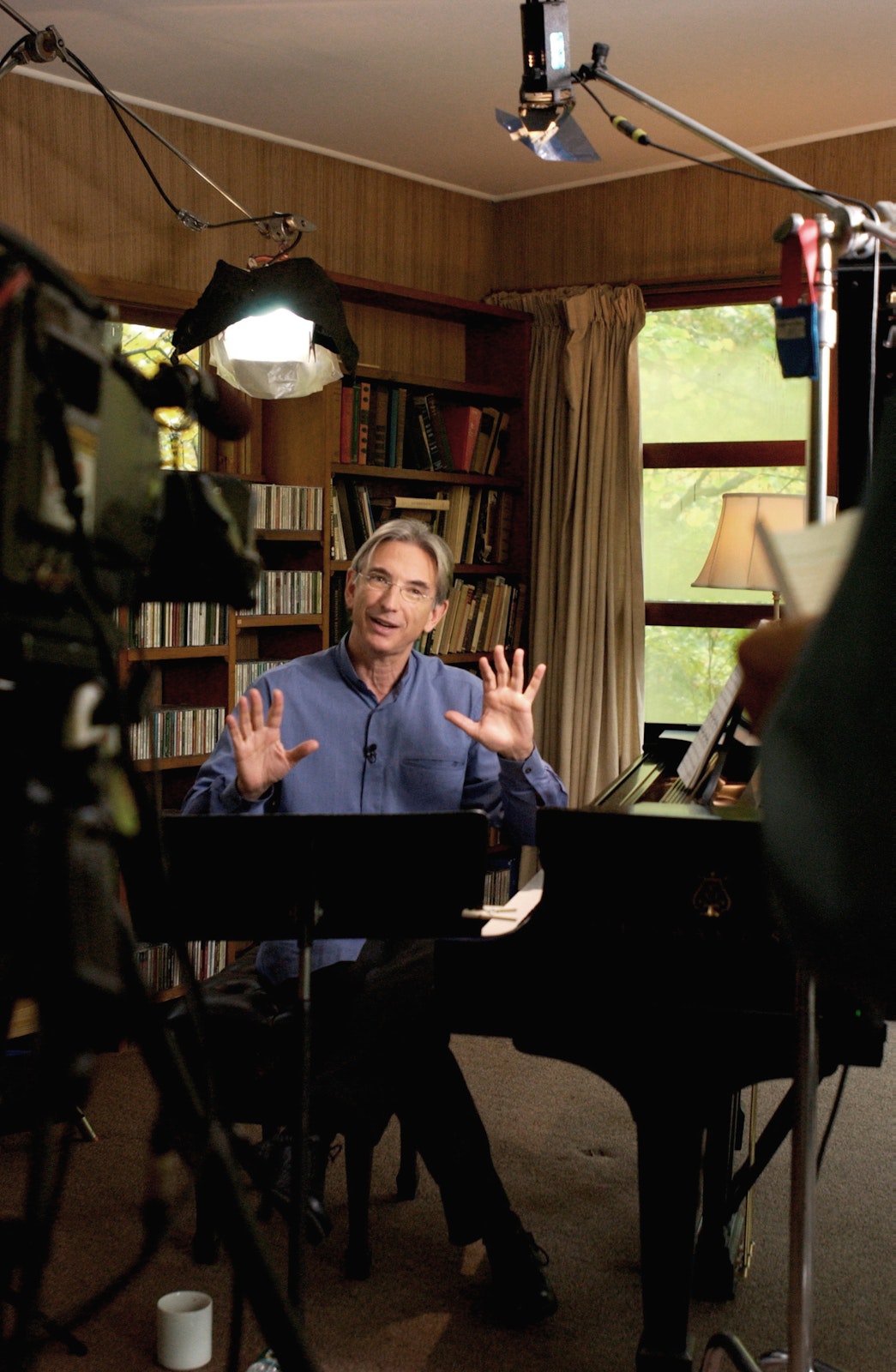 Any great documentary has a strong personal story line,’ says David Kennard, producer on Keeping Score. ‘It’s about more than the music. It’s about personality.’ Kennard was referring to the composer’s personality. But it’s clear that Thomas’ fount of knowledge, talent and charisma provide an equally essential cornerstone to the project. Whereas a maestro can be an accomplished composer, conductor or teacher, Thomas is all three.” 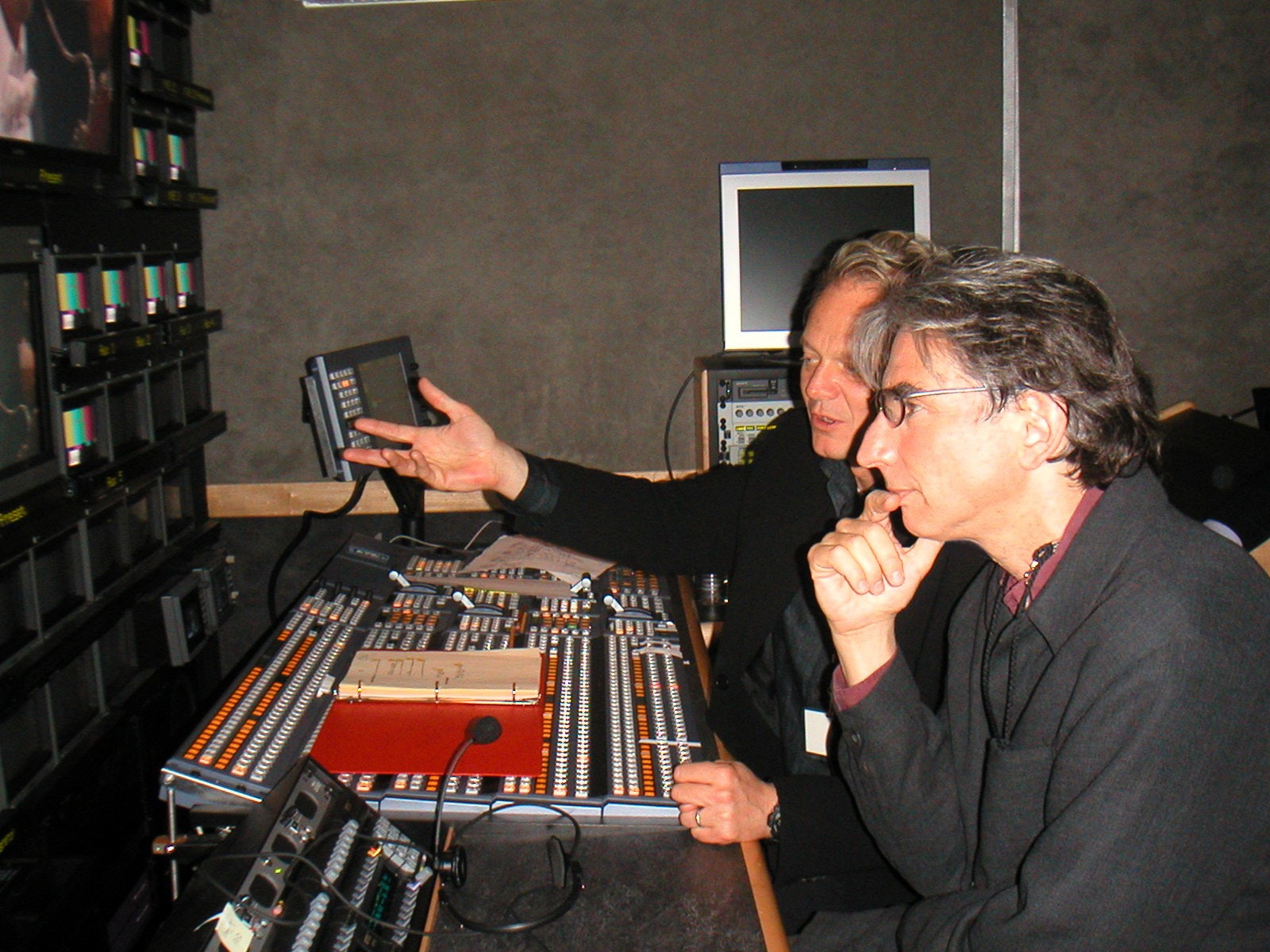 MTT and director Gary Halvorson review Keeping Score footage
MTT’s style is relaxed yet totally focused; myriad fascinating observations fill these mini-voyages of discovery—intriguing vistas constantly open up and are often so persuasive that you wonder why they’d never struck you before. But then that’s the magic of being addressed by someone so immersed in the music and able to convey its wonder with such ease and charm. ”
— James Jolly, reviewing Keeping Score in Gramophone 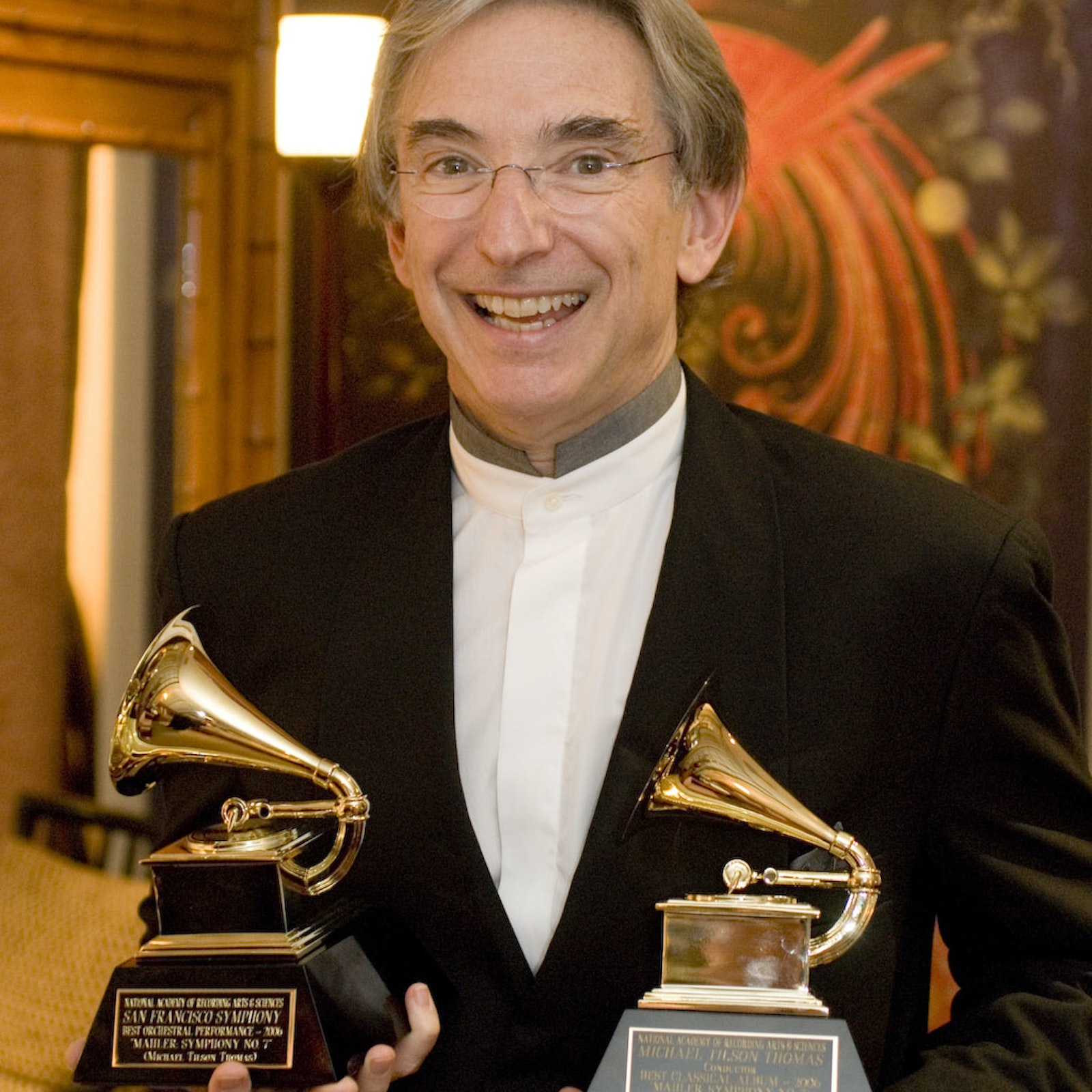 MTT with Grammys for the recording of Mahler‘s Seventh Symphony, 2007 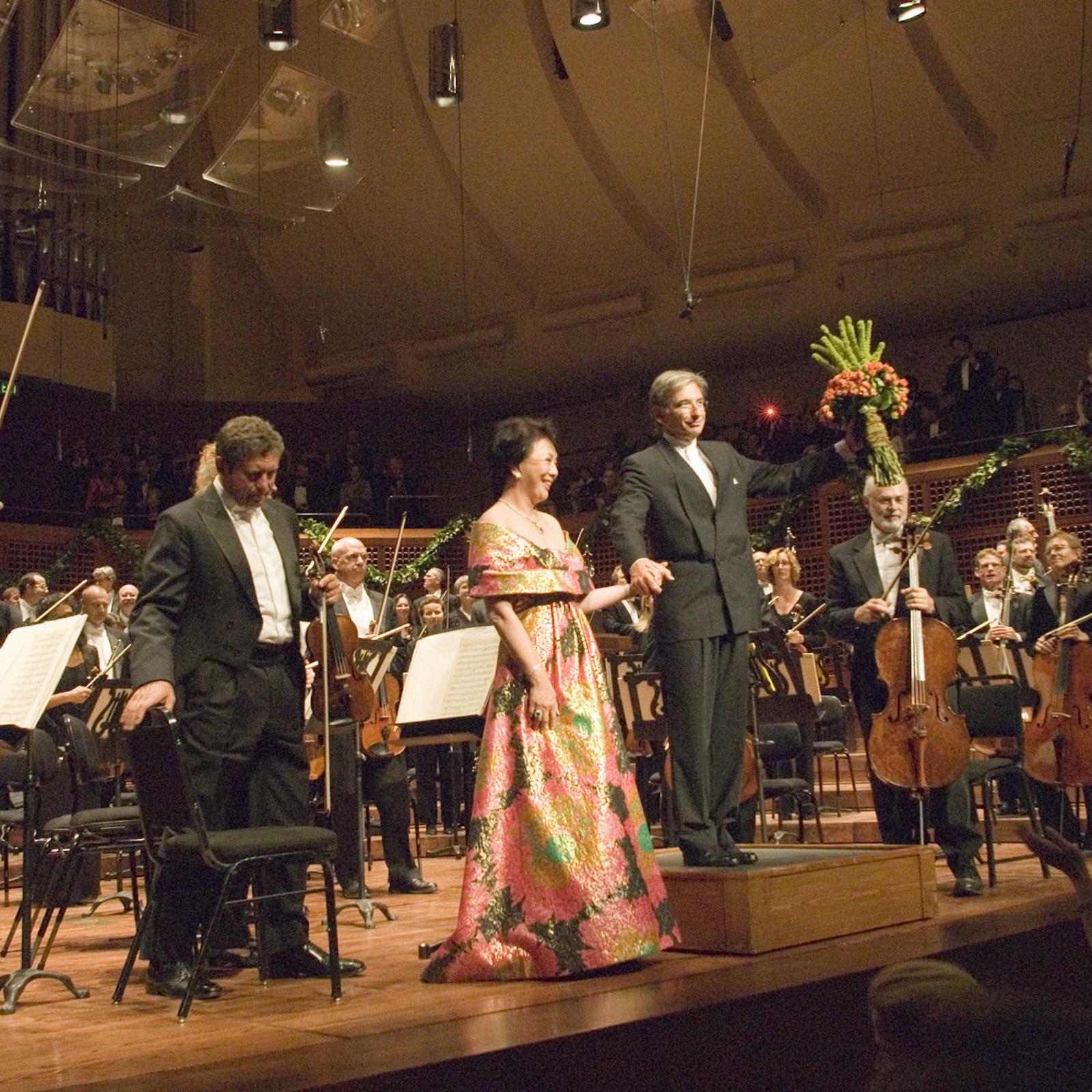 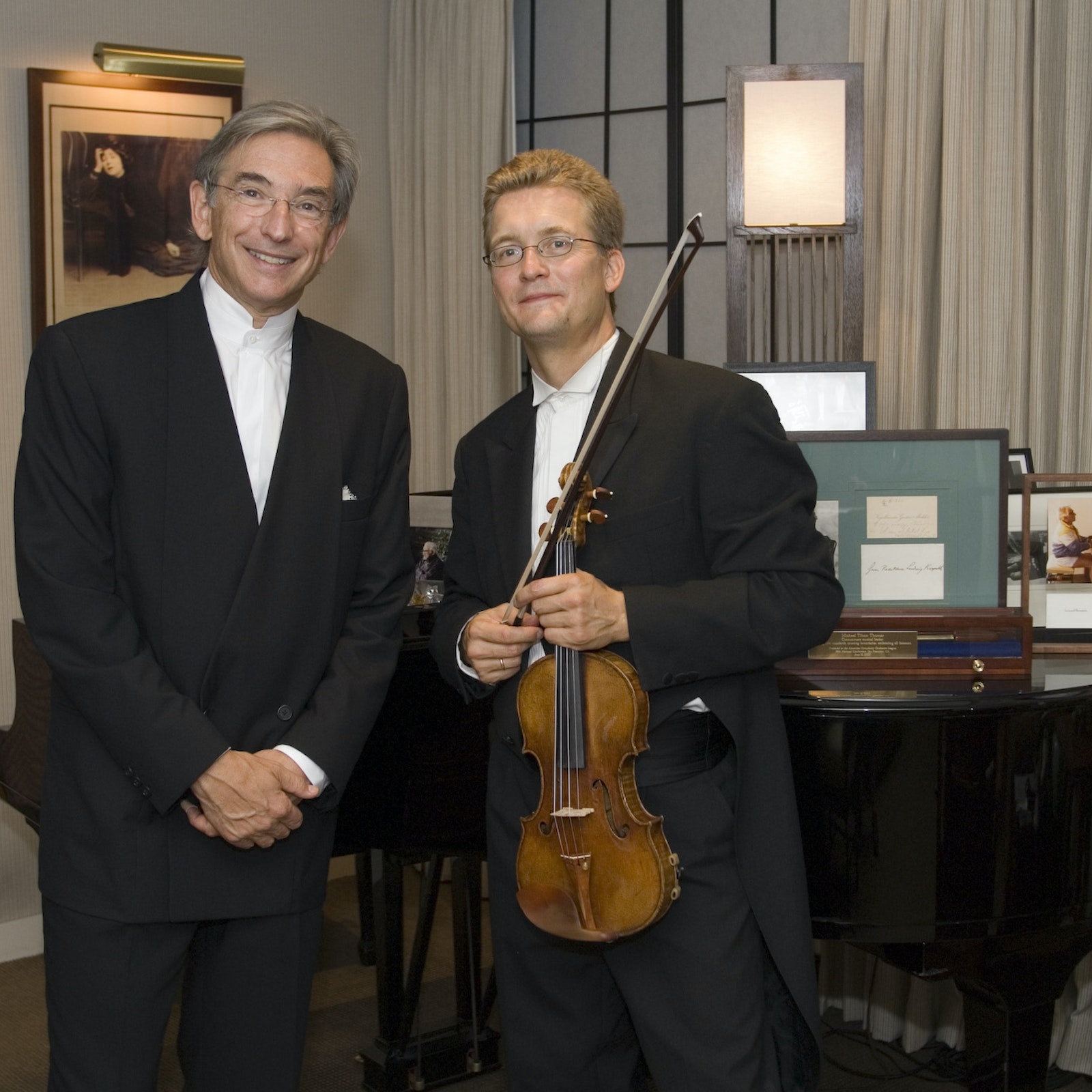 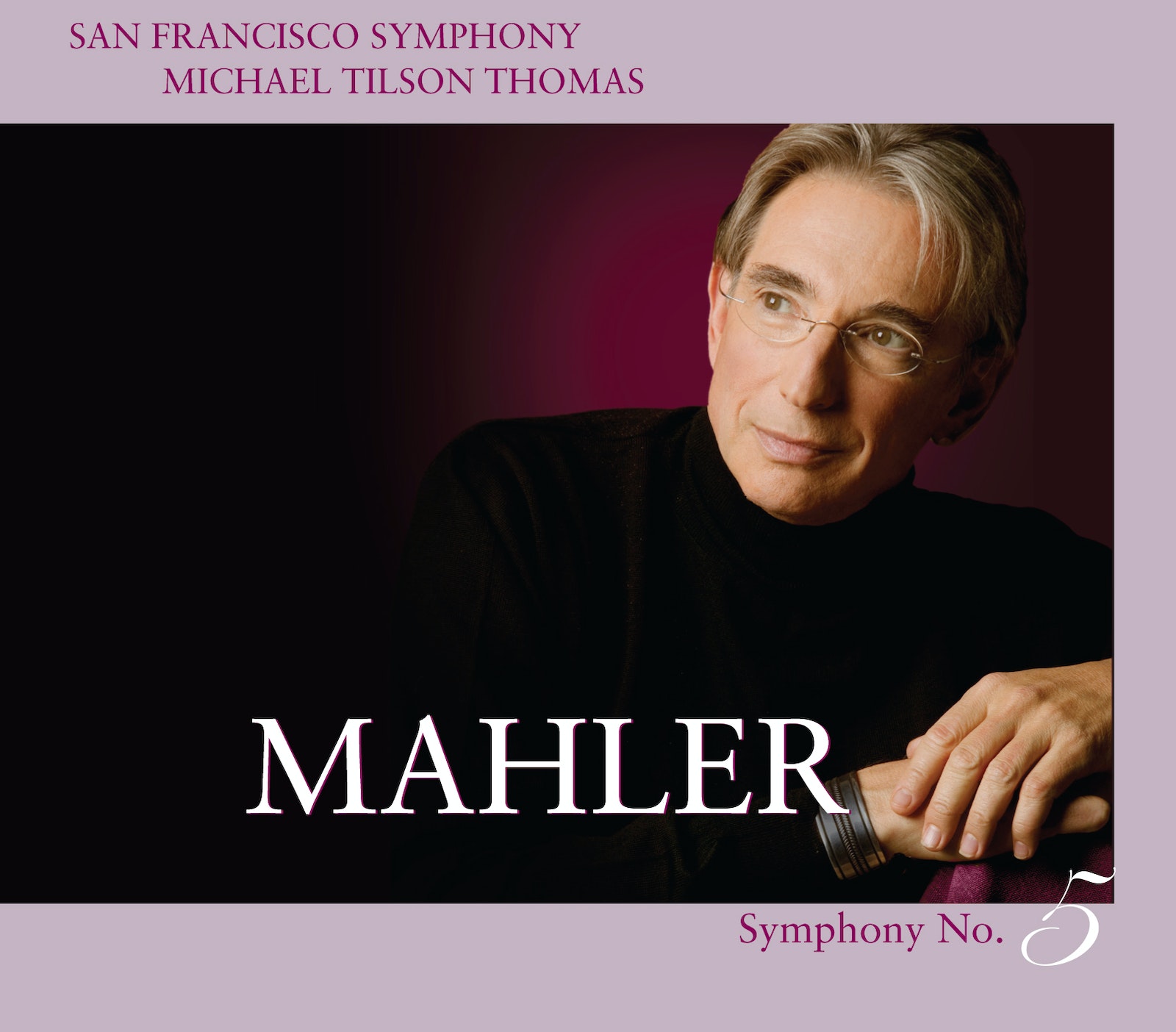 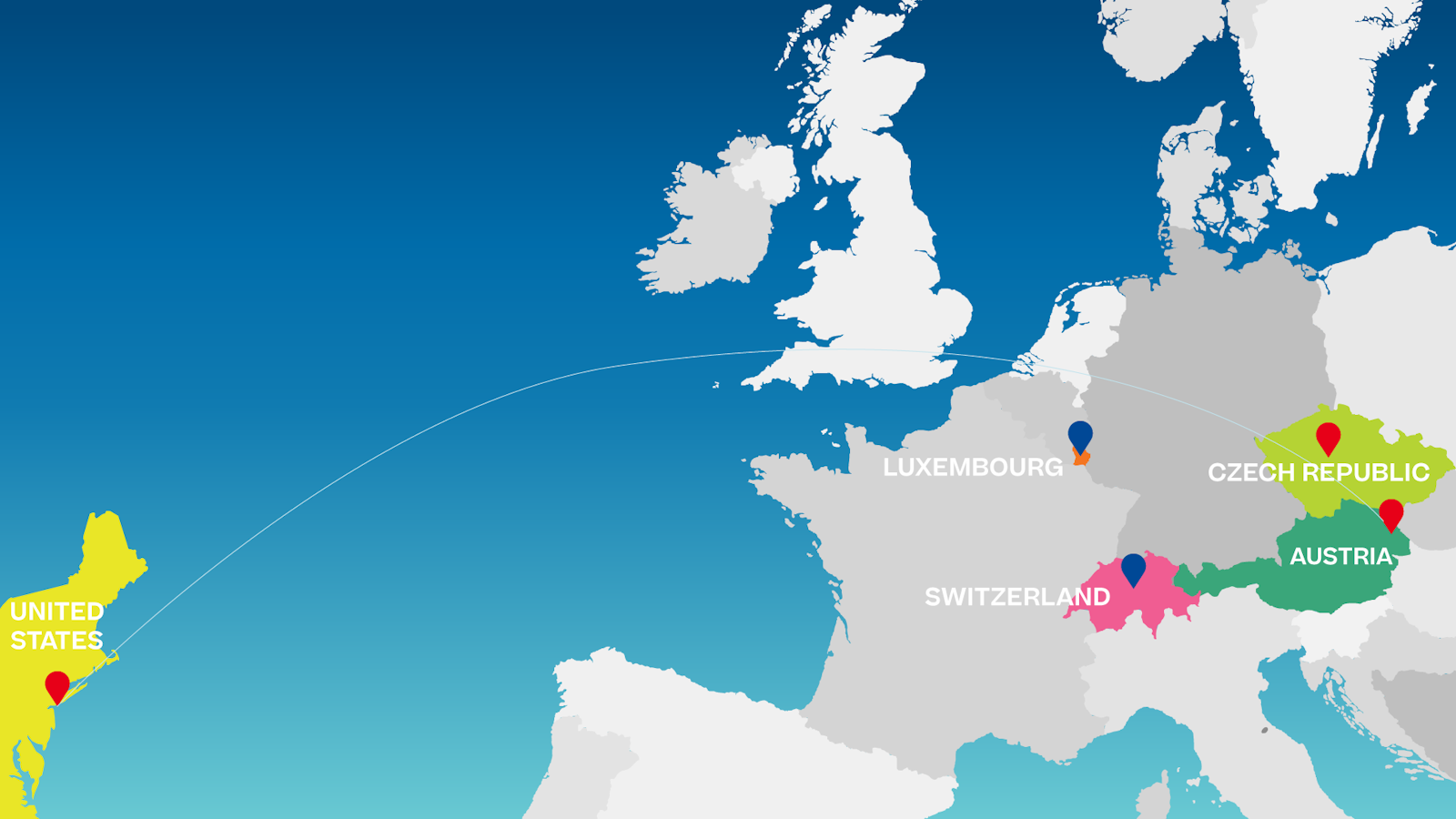 Baritone Thomas Hampson headlined MTT and the Symphony’s May 2007 Tour.