The magic of the natural world is at the heart of this program featuring Esa-Pekka Salonen and the SF Symphony. Bookended by Claude Debussy’s voluptuous Prélude à L’Après-midi d’un faune (Prelude to The Afternoon of a Faun) and evocative La Mer, the program is anchored by two works inspired by the majesty of birds. Jeremy Denk takes on Olivier Messiaen’s Oiseaux exotiques (Exotic Birds), which incorporates the songs of 47 species of birds, while SF Symphony Collaborative Partner and flutist Claire Chase performs Kaija Saariaho’s Aile du songe (Winged Dream). 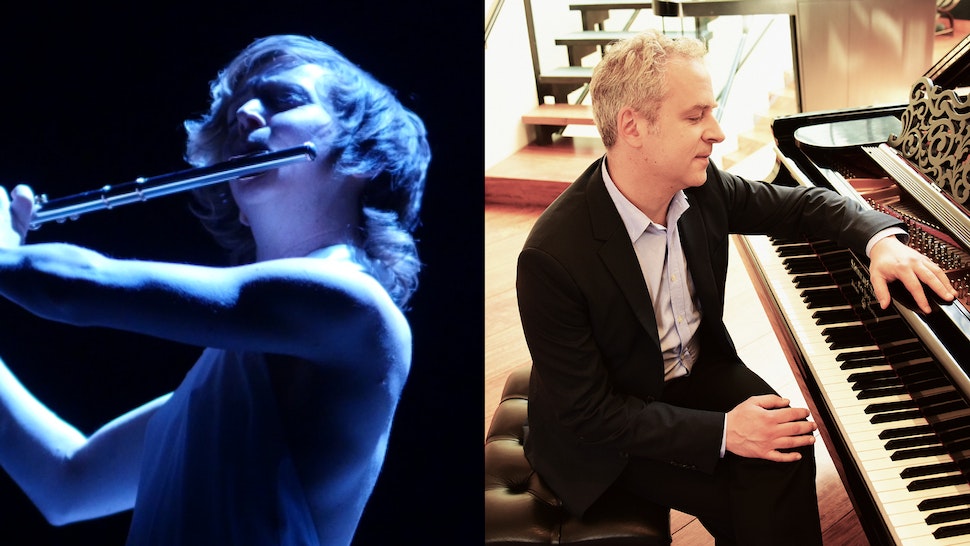 After the first concert performance of Prélude à L’Après-midi d’un faune, the Symbolist poet Stéphane Mallarmé—whose poem inspired Claude Debussy’s work—sent to the composer a copy of the poem, inscribed with these lines: “Sylvan spirit, if with your primal breath/Your flute sounds well,/ Hear now the radiance/ When Debussy plays.”

Birdsong plays a central role in Olivier Messiaen’s Oiseaux exotiques, in which forty-seven different examples are woven into the fabric of the piece. The composer referred to this work as “almost a piano concerto”—one that featured his wife, Yvonne Loriod, at its premiere—and he also cited the pair of clarinets and the xylophone as particularly “in the foreground” in both their musical input and their placement on the stage.

Kaija Saariaho’s 2001 flute concerto Aile du songe (Wing of the Dream) draws inspiration from a lengthy poem by the French writer Saint-John Perse, who often drew on imagery of birds. In her first movement, Saariaho parallels Perse’s contemplations of birds in the air, while the second considers birds on terra firma. Together, the movements describe the bird as (to quote the poet) “a tiny satellite of our planetary orbit.”

It was during youthful summer weeks spent at the beaches of Cannes that Debussy learned to love the sea, particularly its unpredictability, its ever-changing nature. La Mer was only the composer’s seventh major orchestral score, but it is so brilliantly assured that it sometimes seems like Debussy invented the modern orchestra.

Pre-Concert Talk: Peter Grunberg will give an “Inside Music” talk from the stage one hour prior to the performance. Free to all concert ticket holders; doors open 15 minutes before.