Music for Families: Out West

Hang on tight and get ready for unbridled fun as the San Francisco Symphony’s Music for Families concerts kick off in 2020 with a performance that evokes the grand beauty of the Western plains. You’ll hear music that sounds like the thundering hoof beats of wild horses, a spectacular sunrise in the Grand Canyon, vivid scenes of Native American storytelling, and even a song or two about a beloved toy cowboy named Woody!

Join us early and get your free SF Symphony sheriff badge! Then snap a photo at our conductor station, explore our instrument petting zoo, and enjoy other fun pre-concert activities. Kid’s tickets are half off, so bring the whole family and get ready for a wild adventure, Feb 29 at 2pm, Davies Symphony Hall 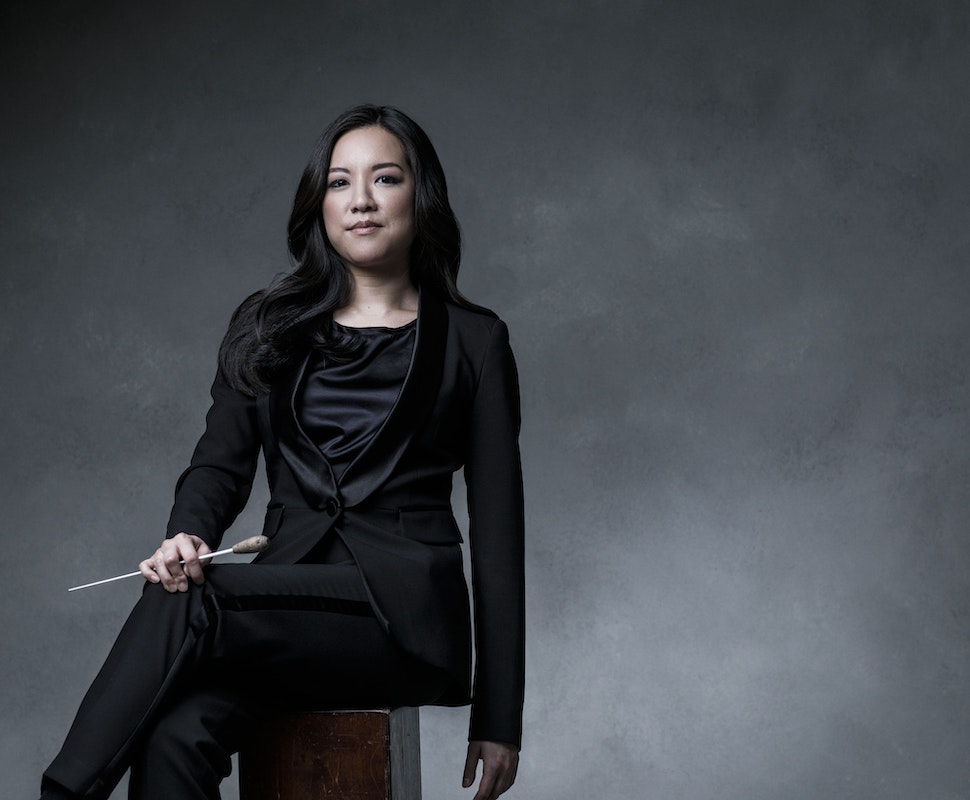 Gioachino Rossini (1792–1868) began work on William Tell, his thirty-ninth and last opera, at the end of the summer of 1828, and the first performance was given in August 1829 at the Paris Opéra. Rossini takes the prize for dissociation of words (or situations) and music, and he wrote many a rollicking overture to a tragedy. The poetic and pictorial Overture to William Tell is an exception. Rossini’s contemporary, composer Hector Berlioz thought of this Overture as a kind of “symphony in four distinct movements.” The first, he wrote, “depicts . . . the calm of profound solitude.” This is followed by a storm, then a pastoral scene. “With the last note of the English horn, which sings the pastoral melody, the trumpets enter with a rapid incisive fanfare. . . .This last part of the overture is treated with a brio and a verve that invariably excite the transports of the house.” The Overture to William Tell will be familiar to many listeners due to its frequent use in cartoons and television as “riding music.”

Ferde Grofé (1892–1972) grew up in California and as a teenager played piano in San Francisco nightclubs and theaters. His compositions, in which he honored many American regions and cities, include a Mississippi Suite, a Hudson River Suite, a Hollywood Suite, and a San Francisco Suite that depicts a cable car ride, a visit to Chinatown, and the Earthquake and Fire of 1906. The Grand Canyon Suite, introduced in Chicago in 1931 by Paul Whiteman and his orchestra (for which Grofé served as staff arranger), remains Grofé’s most enduring work. Here is vivid pictorial writing, depicting different facets of the Grand Canyon and the emotions they stir in the composer—sunrise, the vista of the Painted Desert near the Canyon’s south rim, a burro ride carrying the visitor toward the Colorado River, sunset, a magnificent storm, and, finally, the peaceful grandeur that descends over the canyon as the storm clouds depart.

Jerod Impichchaachaaha’ Tate (b. 1968) wrote Lowak Shoppala’ (Fire and Light) in 2009 as a means of expressing Chickasaw identity through the medium of modern classical music and theater. The concept was inspired by Chickasaw author and Pulitzer Prize-finalist, Linda Hogan, and her poem entitled “Fire and Light.” Tate’s work is in eight scenes and features orchestra, narration, children’s chorus, traditional Chickasaw and modern dancers, traditional Chickasaw and classical vocal soloists, and Chickasaw storytellers. Each scene depicts a part of Chickasaw culture and history. Tate notes that the sixth scene, Spider Brings Fire, “is an ancient Chickasaw story of how animals risked their lives to bring fire to mankind. Originally from Muskogean (Southeast Indian) oral tradition, this story teaches that even the very small can accomplish great things.”

Antonín Dvořák (1841–1904)—who was European—spent two years in America and was taken with the beauty and diversity of the land. He expressed his admiration for America in the famous Symphony No. 9 in E minor, Opus 95, From the New World. The second movement opens with a series of dense chords before settling in for one of the most famous English horn tunes ever written, one that combines tenderness, nostalgia, and a sense of resolute hopefulness. It sounds for all the world like a folk song, and that is what generations of listeners have taken it to be. The music gives way to a section that seems to shimmer with bird song, after which the English horn returns with its plaintive melody. This movement was the first of two movements that Dvořák suggested were derived from Longfellow’s The Song of Hiawatha, though precisely which section of that epic it portrays has been a matter of debate.


Toy Story (1995) was the first full-length film released by Pixar. The story never fails to amuse: a thoughtful cowboy doll, Woody (voiced by Tom Hanks), vies with a cocky astronaut action figure, Buzz Lightyear (voiced by Tim Allen), for the affection of a young boy. A touchstone in computer animation, Toy Story won a Special Achievement Oscar as the first feature-length computer-animated film. The film’s score and songs, by Randy Newman (b. 1943), skillfully draw on many classic Hollywood genres, including the Western.

Aaron Copland (1900–90) composed for Carnegie Hall and Hollywood, conducted, played the piano, wrote, taught, did television shows, encouraged the young, symbolized the possibility of being a serious composer in twentieth-century America. He wrote the music for Rodeo in 1942 for the choreographer Agnes de Mille, who was eager to do a ballet on an American theme and to an American score. The ballet’s subject is the dilemma of a young woman who wants both to be accepted as one of the boys, and also to find love. As a cowboy she is not a success, but Rodeo does end with the Cowgirl and the Champion Roper gazing entranced into each other’s eyes.