Available for pre-order now at sfsymphony.org/Ives

SAN FRANCISCO – Music Director Michael Tilson Thomas (MTT) and the San Francisco Symphony (SFS) announce the SFS Media release of Charles Ives Symphonies Nos. 3 and 4 on November 8, 2019. Recorded live at Davies Symphony Hall in November 2017, the album presents Ives’ Symphony No. 3, The Camp Meeting; and Symphony No. 4; as well as a selection of hymn tunes which served as sources of inspiration for Ives, including Nearer My God to Thee, There is a Fountain, Beulah Land, and Sweet By and By. Released in 5.1 surround-capable SACD set, this album is also available for download in high quality, 24-bit/192kHz Studio Master, and streaming via all major retailers. For more information, audio samples, digital liner notes, and a video including performance footage and commentary by MTT, visit sfsymphony.org/Ives.

MTT, leading American champion of Ives’ work, states: “At its core, the music of Charles Ives is an expression of the heart and soul of America. The complexity of Ives’ rhythmic and harmonic ideas was very much ahead of his time, and, even as he was often labeled eccentric by his peers, he created a uniquely American sound. My aim with this album is to reveal the true essence of Ives’ music in order to allow the audience to see America through his eyes.”

Ives’ Symphony No. 3 depicts scenes and emotions from the “camp meetings” of the 1800s in which thousands of believers would assemble with tents and supplies to engage in a marathon of preaching, praying, and singing hymns. These “camp meetings” were at the heart of the religious revival that swept America during the 19th century and their songs, moods, and sermons greatly influenced the world of the young Charles Ives. Ives’ intricate and rhythmically complex Symphony No. 4 is considered to be one of his greatest masterpieces, even though it didn’t receive its first complete performance until 1965, over a decade after the composer’s death. The work’s complexity can be seen in the simultaneous use of several meters throughout the work, as well as in the unique orchestration in the fourth movement, where the last two stands of second violins comprise a “distant choir.” Just as two assistant conductors were enlisted to help with the 1965 premiere of Ives' Symphony No. 4, Christian Reif serves as assistant conductor and Peter Dugan is piano soloist in this recording. 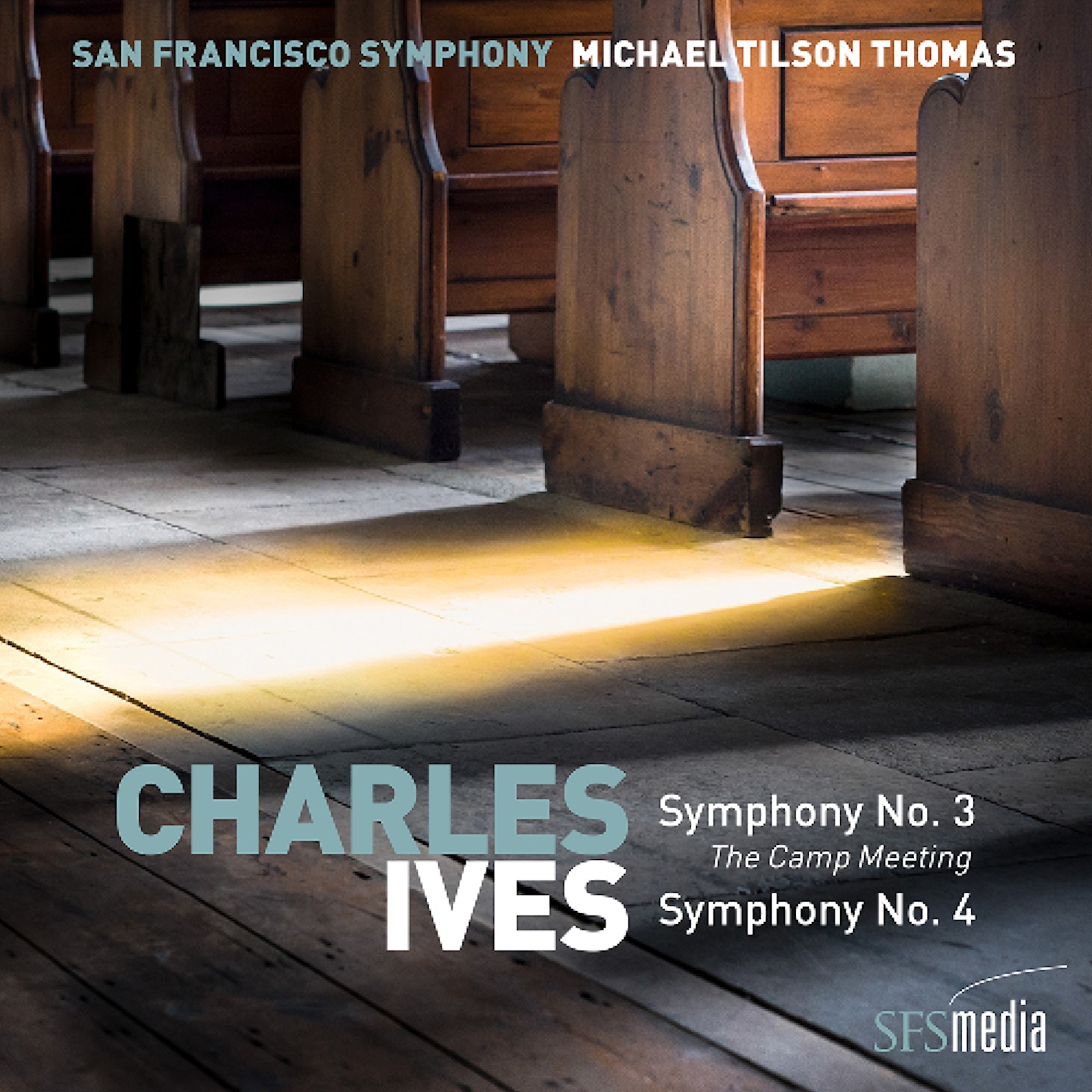