SAN FRANCISCO, CA—Music Director Michael Tilson Thomas (MTT) and the San Francisco Symphony (SFS) embark on their final European Tour together before MTT concludes his distinguished 25-year tenure as Music Director at the end of the 2019–20 season, presenting concerts at Carnegie Hall March 17–18 and in ten cities across Europe, March 21–April 7.

About Michael Tilson Thomas
Michael Tilson Thomas concludes his remarkable 25-year tenure as the 11th music director of the San Francisco Symphony at the end of the 2020 season, a post he assumed in 1995, consolidating a relationship with the Orchestra that began with this debut here in 1974. In what is widely considered one of the most dynamic and productive partnerships in the orchestral world, Tilson Thomas and the SF Symphony have been praised for their innovative programming, enhancing the orchestral concert experience with multimedia and creative staging, showcasing the works of American composers, and attracting new audiences to orchestral music, both at home at Davies Symphony Hall and through the Orchestra’s extensive media projects. A Los Angeles native, he studied with John Crown and Ingolf Dahl at the University of Southern California, becoming Music Director of the Young Musicians Foundation Debut Orchestra at nineteen. He worked with Stravinsky, Boulez, Stockhausen, and Copland at the famed Monday Evening Concerts and was pianist and conductor for the Piatigorsky and Heifetz master classes. In 1969, Tilson Thomas was appointed Assistant Conductor of the Boston Symphony. Ten days later he came to international recognition, replacing Music Director William Steinberg in mid-concert at Lincoln Center. He went on to become the BSO’s Principal Guest Conductor, and he has also served as Music Director of the Buffalo Philharmonic, and as a Principal Guest Conductor of the Los Angeles Philharmonic. With the London Symphony Orchestra he has served as Principal Conductor and Principal Guest Conductor; he is currently Conductor Laureate. He is Artistic Director of the New World Symphony, America’s Orchestral Academy, which he co-founded in 1987. The NWS has helped launch the careers of more than 1,200 alumni worldwide, including more than 15 members of the SFS. Tilson Thomas’s recordings have won numerous international awards, including 12 Grammys, 11 for SFS recordings. In 2014, he inaugurated SoundBox, the San Francisco Symphony’s alternative performance space and eclectic live music series. His television credits include the New York Philharmonic Young People’s Concerts and in 2004 he and the SFS launched Keeping Score on PBS-TV. His compositions include From the Diary of Anne Frank; Shówa/Shoáh; settings of poems by Emily Dickinson, Walt Whitman, and Rainer Maria Rilke; Island Music; Notturno; and Four Preludes on Playthings of the Wind. Tilson Thomas is a Chevalier des Arts et des Lettres of France, was Musical America’s Musician and Conductor of the Year, and was inducted into the Gramophone Hall of Fame. He has been elected to the American Academy of Arts and Sciences, the American Academy of Arts and Letters, was inducted in the California Hall of Fame, and was awarded the National Medal of Arts by President Obama. Most recently, he was named a 2019 recipient of the Kennedy Center Honors.

About Gautier Capuçon
Gautier Capuçon is an award-winning cellist committed to pushing the frontiers of the cello repertoire. He regularly premieres new commissions, and his current projects include the world premiere of Tabachnik’s cello concerto “Summer” and collaborations with Danny Elfman and Theirry Escaich. He plays the 1701 Matteo Goffriller cello and is the founder and leader of the ‘Classe d’Excellence de Violoncelle’ at the Fondation Louis Vuitton” in Paris. Capuçon records exclusively for Erato (Warner Classics), and his most recent album recorded with Yuja Wang features sonatas by Chopin and Franck. In addition to touring Europe with Michael Tilson Thomas and the San Francisco Symphony during the 2019–20 season, Capuçon is an artist-in-residence at Lugano Musica and will appear with the Los Angeles Philharmonic, the Czech Philharmonic, the St. Louis Symphony, and the Singapore Symphony. As a chamber musician, he performs recitals regularly with Nicholas Angelich, Martha Argerich, Daniel Barenboim, Lisa Batiashvili, Jean-Yves Thibaudet and the Artemis and Ébène quartets. Click here to read Gautier Capuçon’s full biography.

About Daniil Trifonov
Named Musical America’s 2019 Artist of the Year, Daniil Trifonov is an accomplished Russian pianist whose accolades include a Grammy Award for the Best Instrumental Solo Album of 2018 for his Liszt collection, First Prize in Tel Aviv’s Rubinstein Competition, First Prize and Grand Prix in Moscow’s Tchaikovsky Competition, Italy’s Franco Abbiati Prize for Best Instrumental Soloist, and Gramophone’s 2016 Artist of the Year. He is an exclusive Deutsche Grammophon artist and has served season-long residencies with the London Symphony Orchestra, the Berlin Philharmonic, and currently serves as the 2019–20 Artist-in-Residence of the New York Philharmonic. He gives solo recitals around the world and regularly collaborates with ensembles including the Chicago Symphony, Cleveland Orchestra, Boston Symphony, Munich Philharmonic, and London Philharmonic. Click here to read Daniil Trifonov’s full biography.

About SFS Media
SFS Media is the San Francisco Symphony’s eight-time Grammy Award-winning in-house label, launched in 2001. SFS Media releases reflect MTT and the SFS’s artistic vision of showcasing music by American composers as well as core classical masterworks and embody the broad range of programming that has been a hallmark of the MTT/SFS partnership. In celebration of MTT’s 25th and final season as Music Director, SFS Media recently launched a digital concert series and dynamic season playlist on Apple Music and all major streaming and download platforms that includes live concert recordings from 2019–20 season concerts featuring composers that MTT and the SFS have championed throughout their decades together. The Digital Concert Series will include tour repertoire such as Mahler’s Symphony No. 6 and Stravinsky’s The Firebird. Visit warnerclassics.com/sfs-digital-concert-series for more information.

The San Francisco Symphony presents more than 220 concerts and presentations annually for an audience of nearly 450,000 in its home of Davies Symphony Hall and through its active national and international touring. A cornerstone of the organization’s mission, the San Francisco Symphony’s education programs are the most extensive offered by any American orchestra today, providing free comprehensive music education to every first- through fifth-grade student in the San Francisco public schools, and serving more than 75,000 children, students, educators, and families annually. The SFS has won such recording awards as France’s Grand Prix du Disque and Britain’s Gramophone Award, as well as 15 Grammy Awards. In 2004, the SFS launched the multimedia Keeping Score on PBS-TV and the web. In 2014, the SFS inaugurated SoundBox, a new experimental performance venue and music series located backstage at Davies Symphony Hall. SFS radio broadcasts, the first in the nation to feature symphonic music when they began in 1926, today carry the Orchestra’s concerts across the country.

[To download the full PDF version of this press release, click the link at the top of the page] 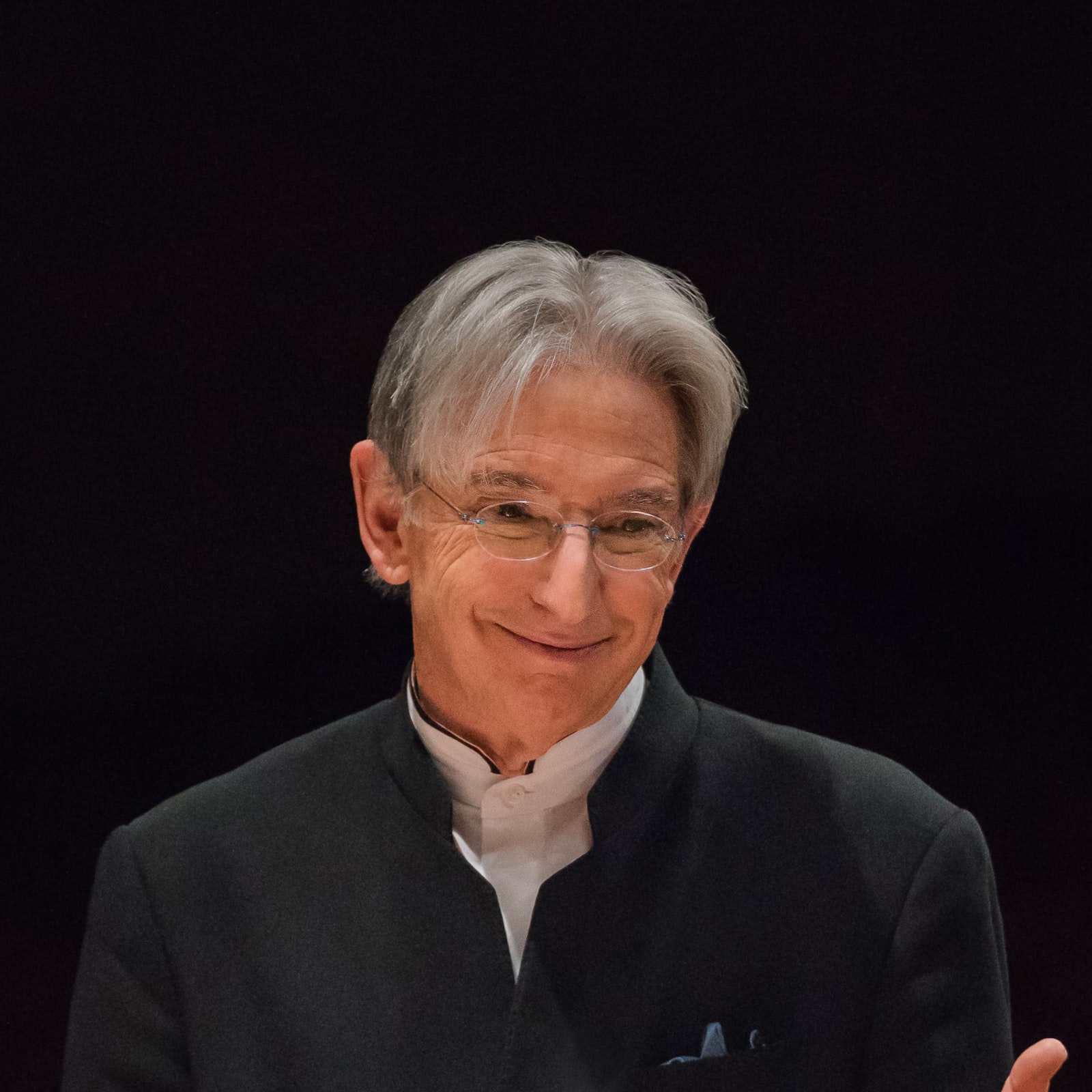 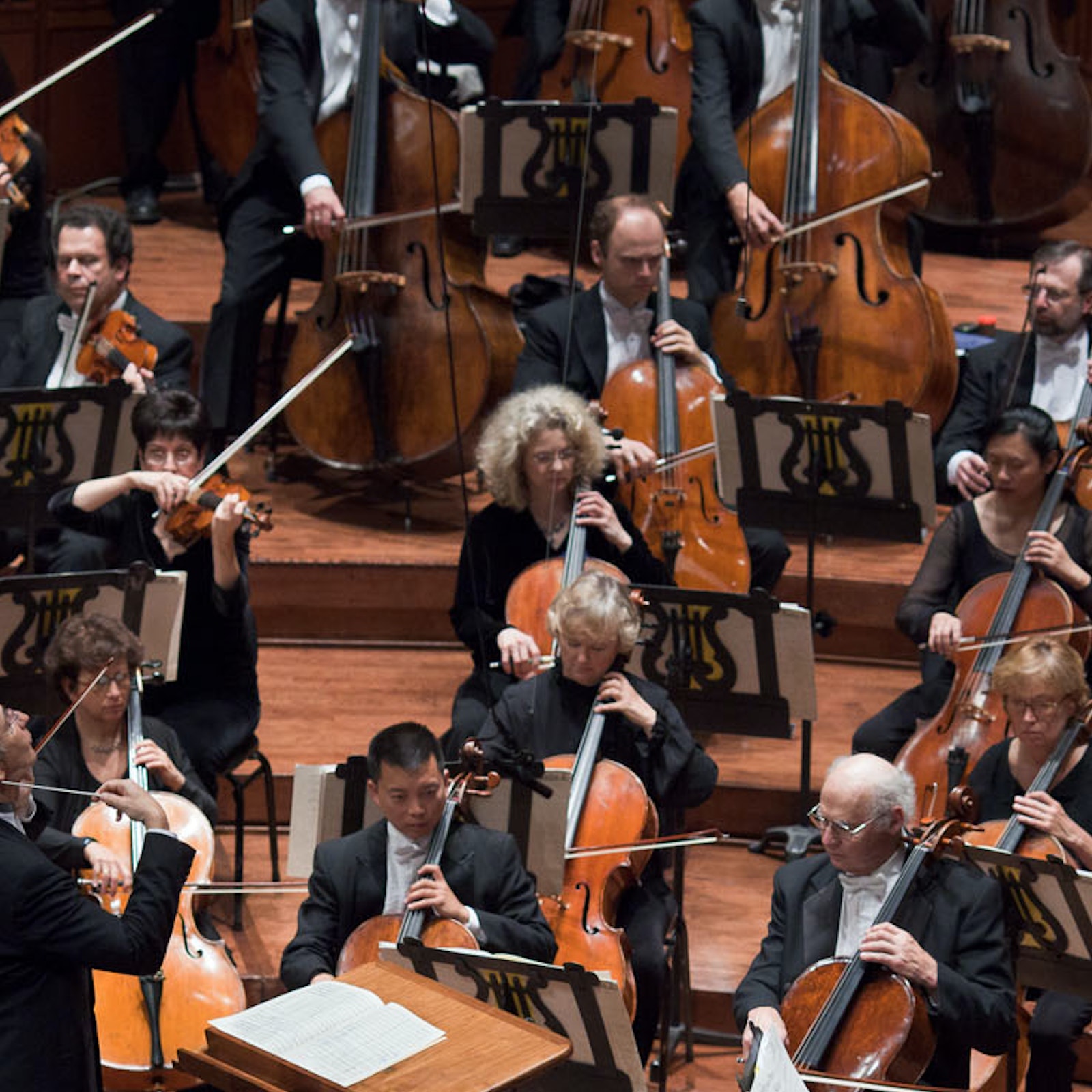 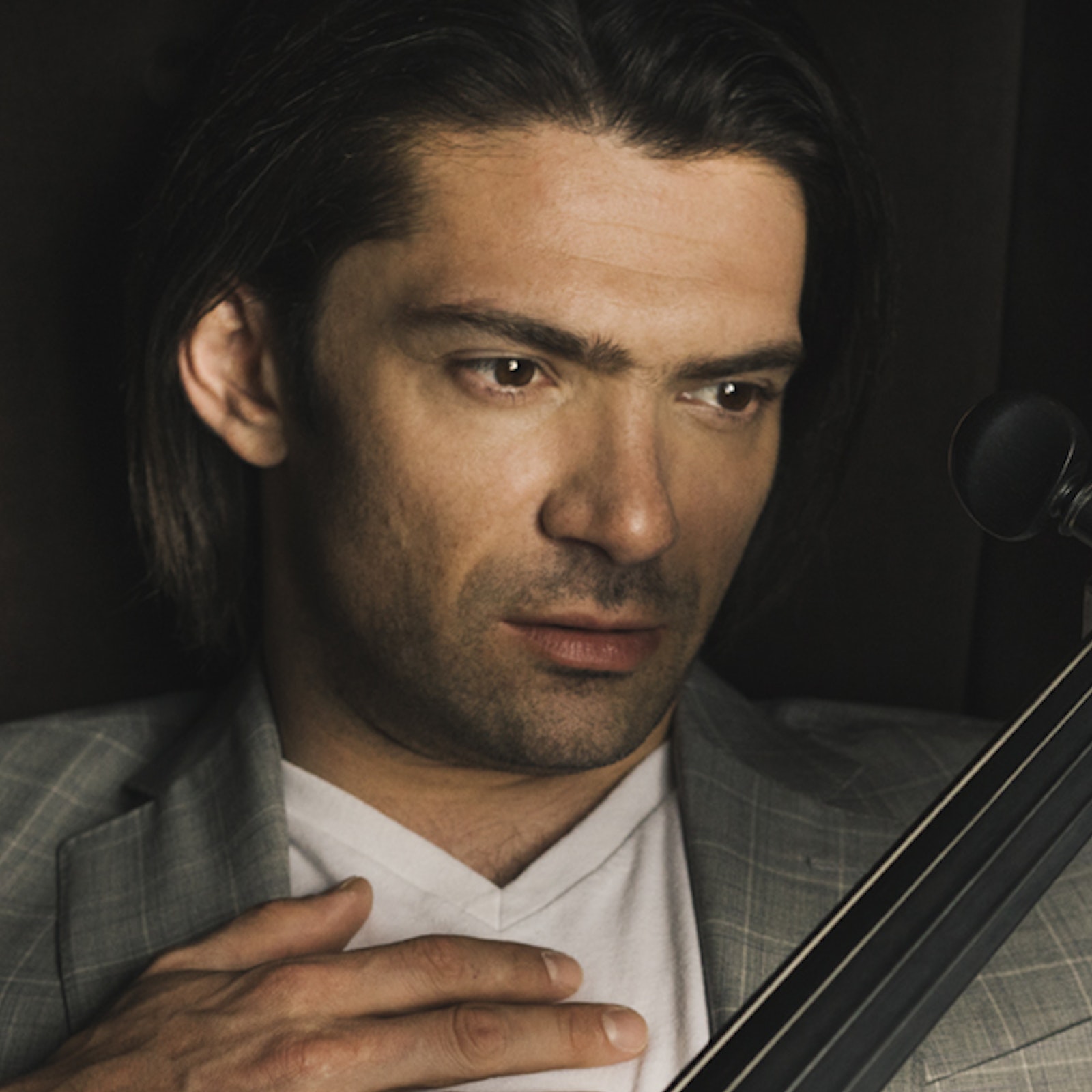 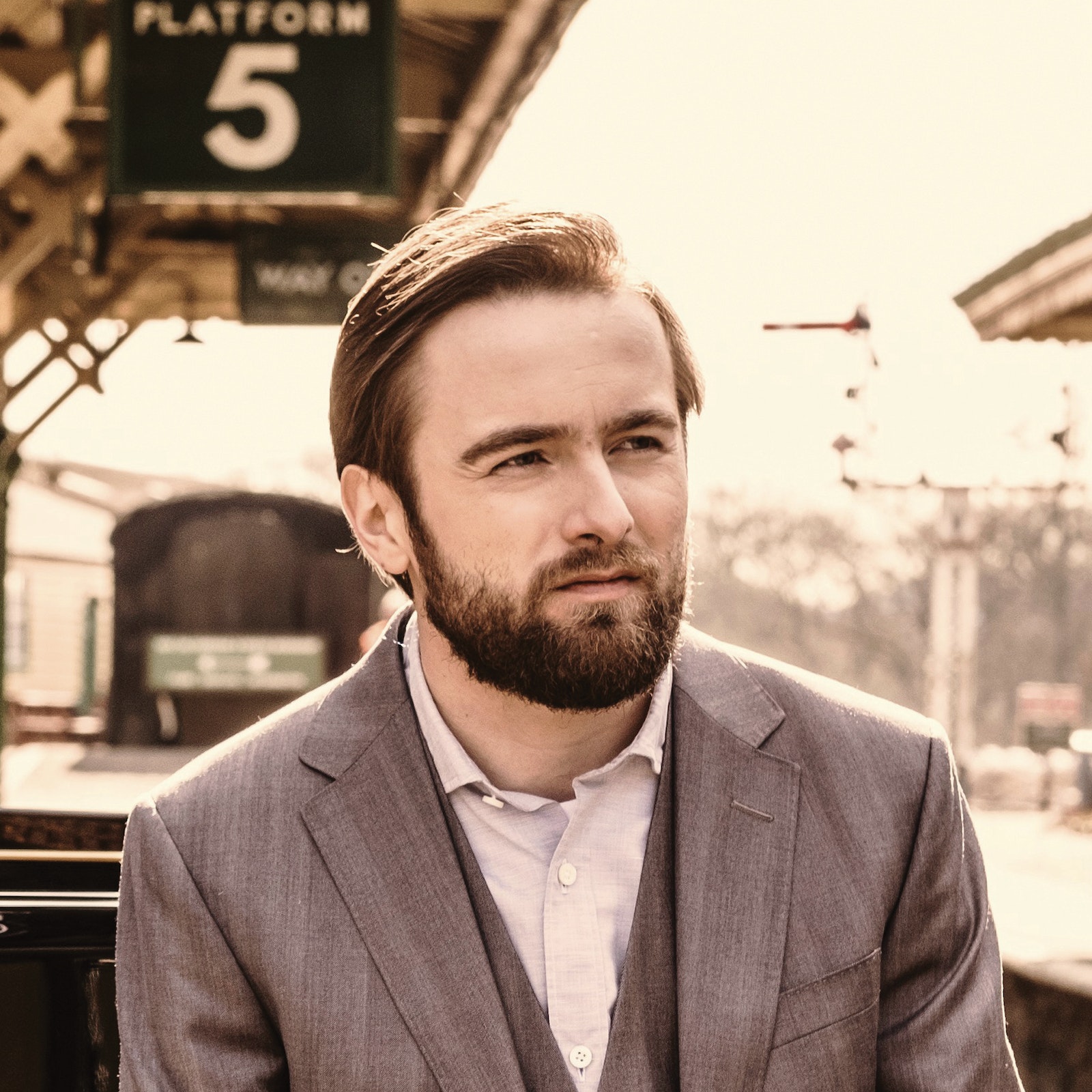 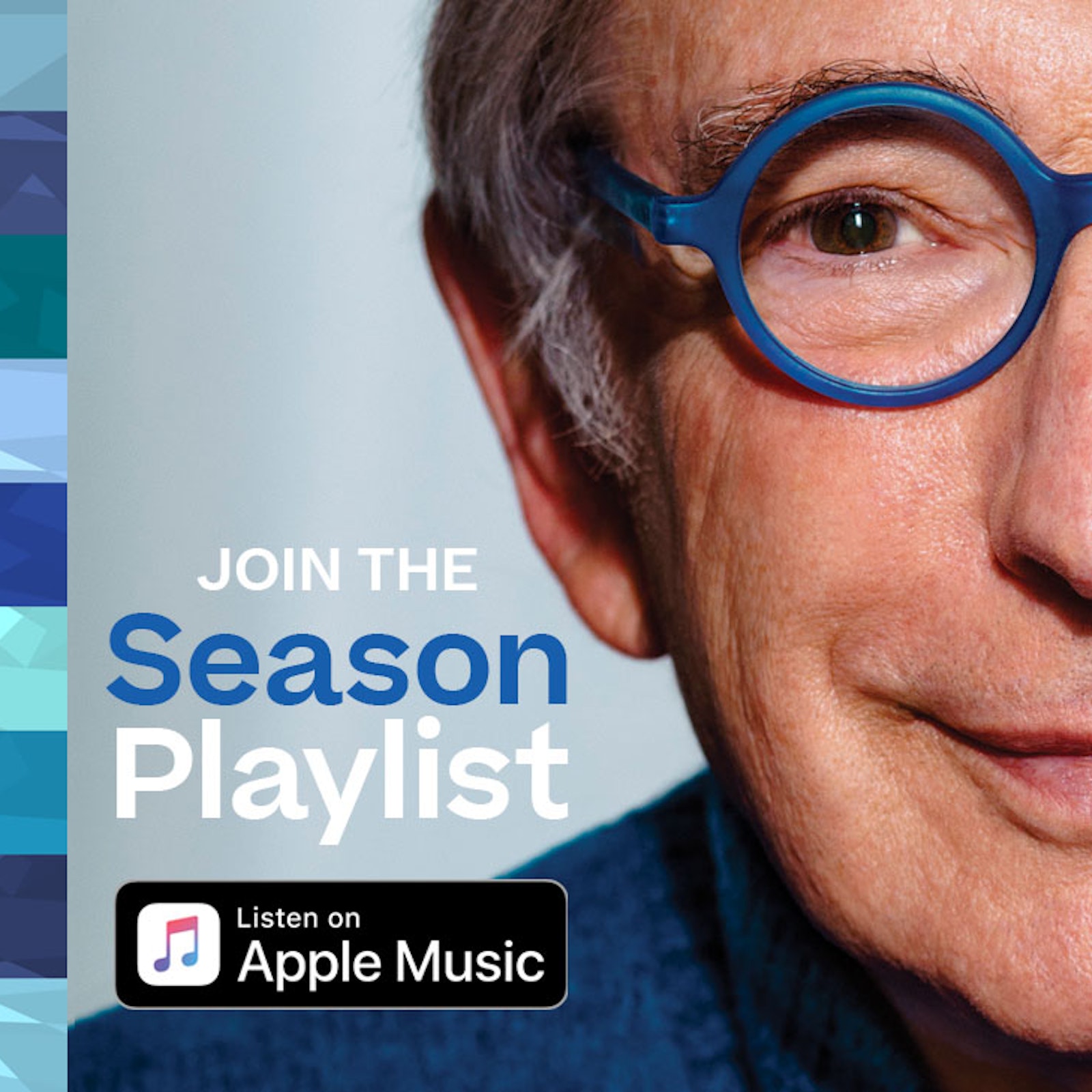