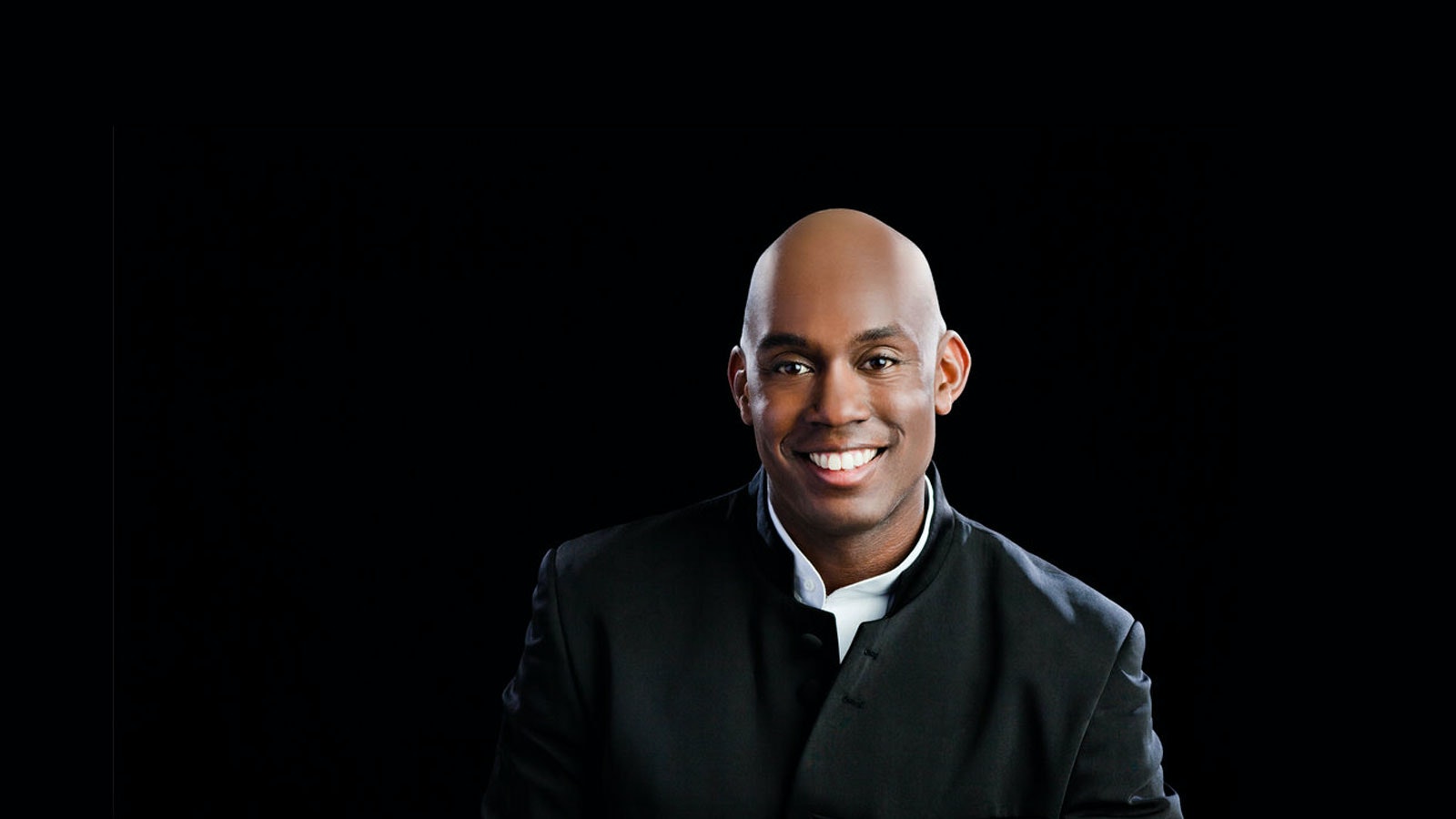 Joseph Young is Music Director of the Berkeley Symphony, Artistic Director of Ensembles for the Peabody Conservatory, and Resident Conductor of the National Youth Orchestra–USA at Carnegie Hall. In recent years, he has made appearances with the Saint Louis, Seattle, Baltimore, Colorado, Phoenix, New World, and Detroit symphonies; the Buffalo Philharmonic;  Bamberg Symphony, Spoleto Festival Orchestra, Orquestra Sinfónica do Porto Casa da Música; and the Orquesta Sinfonica y Coro de RTVE (Madrid), among others in the US and Europe. He made his San Francisco Symphony debut in 2019.

Mr. Young’s previous appointments include assistant conductor of the Atlanta Symphony and music director of the Atlanta Symphony Youth Orchestra; resident conductor of the Phoenix Symphony; and the League of American Orchestras Conducting Fellow with Buffalo Philharmonic and Baltimore Symphony. He is a three-time recipient of the Solti Foundation US Career Assistance Award, and in 2013 he was a semi-finalist in the Gustav Mahler International Conducting Competition (Bamberg, Germany). In 2011, he was one of six conductors featured in the League of American Orchestras' Bruno Walter National Conductor Preview.

Mr. Young completed graduate studies with Gustav Meier and Markand Thakar at the Peabody Conservatory in 2009, earning an artist's diploma in conducting. He has been mentored by many leading conductors including Jorma Panula, Robert Spano, and Marin Alsop.

This summer Jessie Montgomery (b. 1981) begins a three-year appointment as composer-in-residence of the Chicago Symphony. A graduate of the Juilliard School and New York University, she is a graduate fellow in composition at Princeton University and professor of violin and composition at the New School. She wrote Banner in 2014 as a 200th-anniversary response to “The Star-Spangled Banner,” the words of which were penned in 1814 by Francis Scott Key and fitted to the pre-existing tune “Anacreon.” “For most Americans,” she writes, “the song represents a paradigm of liberty and solidarity against fierce odds, and for others it implies a contradiction between the ideals of freedom and the realities of injustice and oppression. … Drawing on musical and historical sources from various world anthems and patriotic songs, I’ve made an attempt to answer the question: ‘What does an anthem for the 21st century sound like in today’s multi-cultural environment?’”

“The projects I have been drawn to,” says Carlos Simon (b. 1986), “have always been about telling the stories of people who aren’t often heard or are misrepresented or marginalized.” He earned his doctorate at the University of Michigan and was awarded the 2021 Sphinx Medal of Excellence. An Elegy, he writes, is “dedicated to those who have been murdered wrongfully by an oppressive power, namely Trayvon Martin, Eric Garner, and Michael Brown. The stimulus for composing this piece came as a result of prosecuting attorney Robert McCulloch announcing that a selected jury had decided not to indict police officer Darren Wilson after he fatally shot an unarmed teenager, Michael Brown, in Ferguson, Missouri. … The recurring ominous motif represents the cry of those struck down unjustly in this country. While the predominant essence of the piece is sorrowful and contemplative, there are moments of extreme hope represented by bright consonant harmonies.”

Georges Bizet (1838–75) is remembered chiefly as the composer of the opera Carmen, which combines a tale of violent passion in Spain with a sublime, hit-filled musical score. At the work’s premiere, on March 3, 1875, fellow musicians crowded around Bizet to heap praise on the piece they were hearing. Most critics were harsh, but audience enthusiasm increased in the course of the run. The tide turned too late for Bizet to know it. He died exactly three months after the premiere, at the age of thirty-seven. In 1967, Rodion Shchedrin (b. 1932) created his arrangement—re-composition, one might say—of music from Carmen for a ballet production by Moscow’s Bolshoi Ballet. In this version, Bizet’s music undergoes an extraordinary transformation, being fitted to an orchestra of only strings and percussion—the percussion section comprising one musician playing a set of timpani and several others playing two dozen other instruments.