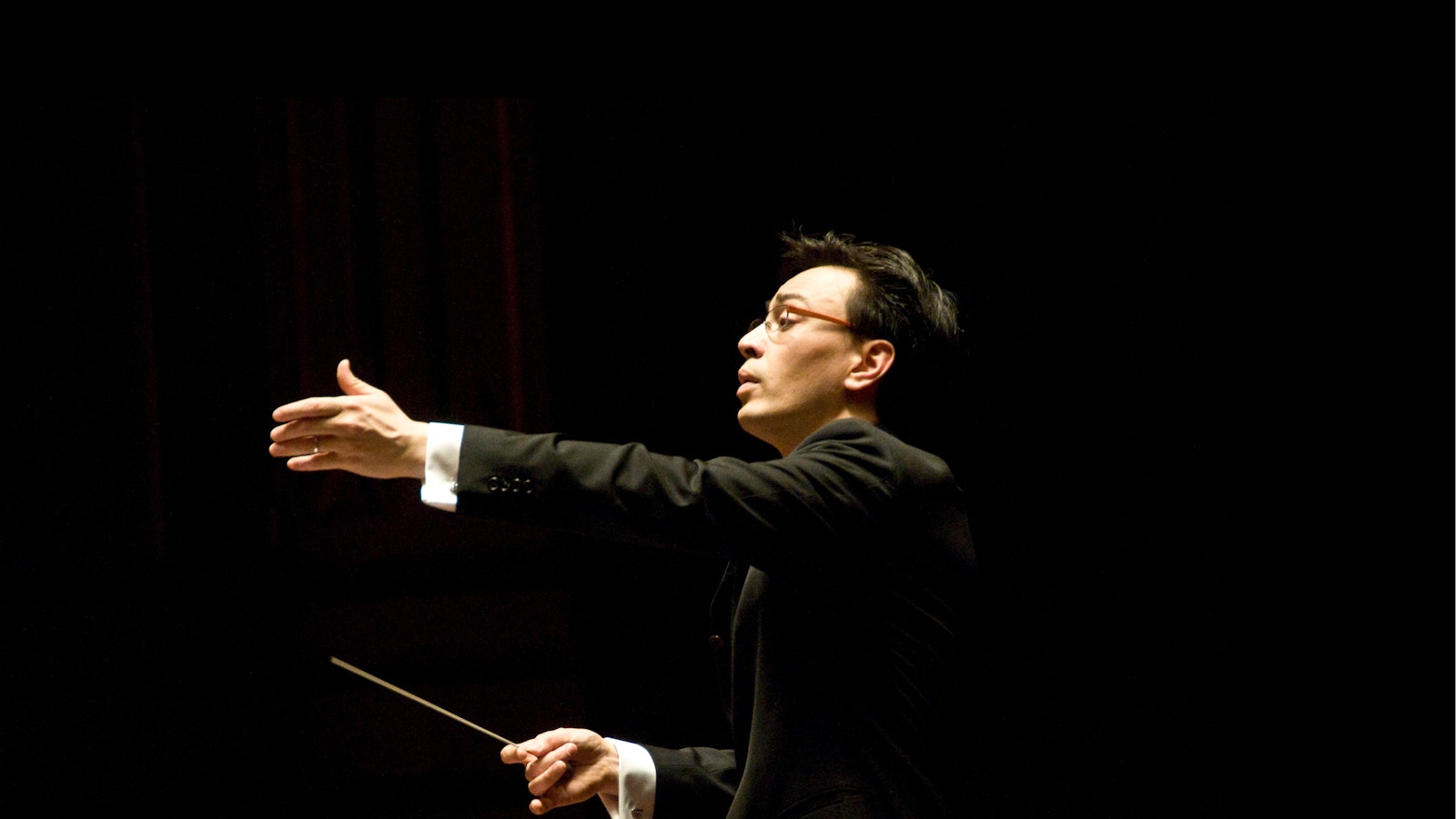 Ken-David Masur is concluding his second season as Music Director of the Milwaukee Symphony. He has conducted distinguished orchestras around the world, including the Los Angeles Philharmonic, the Chicago and Detroit symphonies, Orchestre National de France, Yomiuri Nippon Symphony in Tokyo, Orchestre National du Capitole de Toulouse, and the National Philharmonic of Russia, among others. Ken-David Masur, who grew up hearing the San Francisco Symphony being led by his father, Kurt Masur, a frequent guest conductor here, is thrilled to be making his San Francisco Symphony debut with these performances.

Together with his wife, pianist Melinda Lee Masur, Mr. Masur is founder and director of the Chelsea Music Festival, an annual summer music festival in New York City. The festival seeks to engage curious audiences with its groundbreaking collaborations between the performing, visual, and culinary arts.

Ken-David Masur has recently made recordings with the English Chamber Orchestra and violinist Fanny Clamagirand, and with the Stavanger Symphony. He received a Grammy nomination from the Latin Recording Academy in the category Best Classical Album of the Year for his work as a producer of the album Salon Buenos Aires.

Essentially an autodidact in music, Somei Satoh (b. 1947) is among Japan’s most acclaimed contemporary composers. To Shintoism he owes the sense of simplicity and essential purity that pervades his creations; from Zen Buddhism he was inspired to convey a feeling of the infinite, the transcendent, the timelessly static. These characteristics infuse his gentle 2012 composition Saga, for string orchestra. “My music is limited to certain elements of sound and there are many calm repetitions,” Satoh has stated. “There is also much prolongation of a single sound. I think silence and the prolongation of sound is the same thing in terms of space. The only difference is that there is either the presence or absence of sound. … I would like it if the listener could abandon all previous conceptions of time and experience a new sense of time … as if eternal time can be lived in a single moment.”

Following study at Beijing’s Central Conservatory of Music, Qigang Chen (b. 1951) moved to Paris, where he worked with Olivier Messiaen and took French citizenship. The string orchestra work L’Éloignement (The Distancing, 2003) is inspired by the Chinese saying that persons who remain stationary cannot flourish. “While this brings hope and excitement,” Chen observes, “change also means separation from the immediate environment, and from family and friends. It is this sense of distancing, or estrangement, that is described in the peasant song from northwest China, ‘Zou Xi Kou’ (Going Beyond the Western Gorges). A love-song upon the departure of a beloved one, plaintive and nostalgic, its melody is used in L’Éloignement because it retains a basic simplicity and because it gives the composer the possibility to express therein his own estrangement.”

In the autumn of 1880, Piotr Ilyich Tchaikovsky (1840–93) informed his patron Nadezhda von Meck about his Serenade for Strings, which was then in progress: “I wrote [it] from an inner compulsion; it is deeply felt and for that reason, I venture to think, is not without real merit.” Some weeks later, after being treated to a surprise performance of the work by students and professors at the Moscow Conservatory, he told her, “At the moment I consider it the best of all that I have written so far.” A gracious piece with sumptuous sound, the Serenade stresses comfort rather than tension. Its first movement, Tchaikovsky said, was crafted to imitate the manner of Mozart, and its second is a graceful waltz that was encored at the 1881 public premiere and many subsequent outings. The Elegy also has a balletic feel, and the finale draws on two Russian folk tunes. —James M. Keller