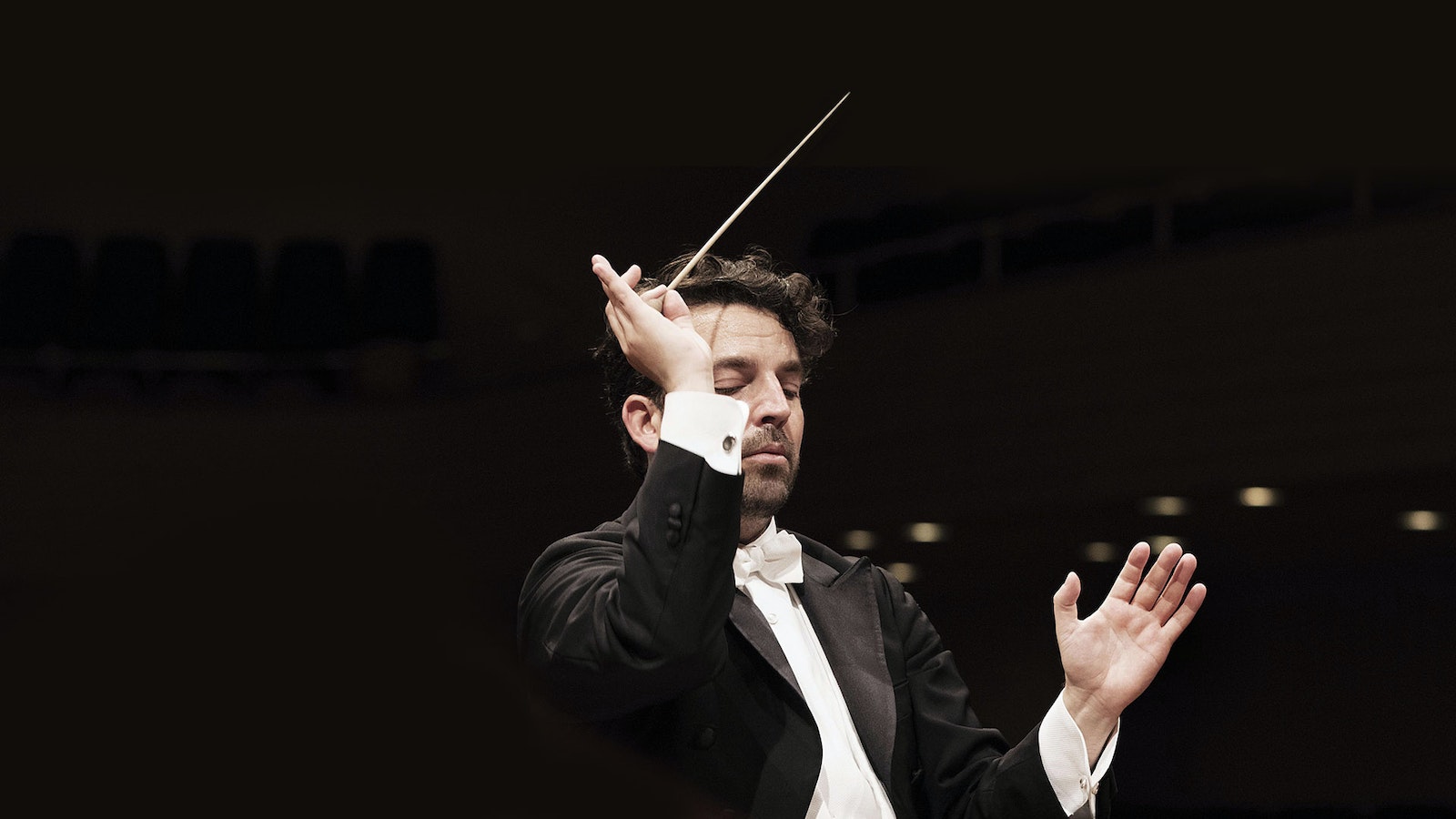 James Gaffigan was recently appointed Principal Guest Conductor of the Trondheim Symphony Orchestra & Opera and Music Director of the Verbier Festival Junior Orchestra. He is also Chief Conductor of the Lucerne Symphony Orchestra and Principal Guest Conductor of the Netherlands Radio Philharmonic. Passionate about music education and a product of the New York City public school system, Mr. Gaffigan grew up in Staten Island and studied at the LaGuardia High School of Music and Art before pursuing his conducting studies. He was first prize winner of the 2004 Sir Georg Solti International Conducting Competition and went on to become assistant conductor of the Cleveland Orchestra under Franz Welser-Möst and associate conductor of the San Francisco Symphony, a position specially created for him by Michael Tilson Thomas. Over the past year, he has been actively leading streamed performances with the Oslo Philharmonic, Bergen Philharmonic, Stavanger Symphony, Norwegian Opera, Trondheim Symphony, and Swedish Radio Symphony. Forthcoming engagements include appearances with the Bavarian State Opera, Komische Opera Berlin, Paris Opera, Orchestre National de France, Deutsches Symphonie-Orchester Berlin, and the Atlanta Symphony. More information on James Gaffigan can be found at jamesgaffigan.com.

Cassandra Hunter is an actor in the American Conservatory Theater’s (A.C.T.) Master of Fine Arts Acting program. She is from New York City by way of North Carolina. Her recent credits within the program include Bright Half Life, By the Way Meet Vera Stark, a musical film adaptation of As You Like It, and In Love & Warcraft, which was remounted for the mainstage at A.C.T. With a deep love for the Bay Area arts, she makes her San Francisco Symphony debut at these concerts. For more information, visit cassandrahunter.com.

Of these concerts James Gaffigan notes, “I think the journey we’re going to go on—from magic to human magic and emotions, to this kind of giving in and being at peace with the chaos in the world—is what makes up the theme of the program.”

Trained as a violinist but always given to improvising, Freya Waley-Cohen (b. 1989) developed into a composer formally trained at Clare College, Cambridge (UK), and the Royal Academy of Music in London. The title of her string work Talisman (2021) seems to suggest magical and mystical forces. This appears to be a theme running through Waley-Cohen’s oeuvre, in which we encounter such titles as Conjure (2019, for string trio, featured in Esa-Pekka Salonen’s recent SoundBox: Nostalgia program on SFSymphony+), Dark Hour (2013, for chamber ensemble), Changeling (2019, for chamber orchestra), and two volumes of Spell Book (vocal works from 2020, to texts of bewitchment). Mystery aligns with her own view of her vocation. “To be a composer,” she has said, “you need to be resilient and persistent. The path to becoming a composer can seem shrouded in mystery. This is because there is no one path to follow—you have to make your own.”

The Vienna of the 1890s was packed with creative genius, but in the new cultural environment many of the most brilliant turned inward to prospect fragile veins of private meaning that had scarcely been imagined before. It was into this “cultural moment,” when barriers were being broken and boundaries expanded, that Arnold Schoenberg (1874–1951) offered his musical depiction of German writer Richard Dehmel’s emotionally simmering, poignant poem Verklärte Nacht (Transfigured Night) in 1899. Echoing the method of a classic tone poem, Schoenberg casts his work (originally conceived for string sextet and later expanded for full string orchestra by the composer), in a single large span, but with discrete sections corresponding to the events in the poem. For Gaffigan, the piece is the “epitome of Romanticism,” embodying “a very romantic concept of love and forgiveness—saying that even when you are frustrated by something and you can’t comprehend it, you still move forward with love and with openness. It’s a very human piece of music.”

To read the original German text of Richard Dehmel’s poem Verklärte Nacht, along with an English translation, click here.

In choosing to perform the Adagio for Strings by Samuel Barber (1910–81), Gaffigan notes “I wanted to end the program with something sacred, not in the sense that it’s religious, but sacred to our country in the United States.” The Adagio for Strings was originally the second movement of Barber’s String Quartet, written in 1936. He arranged it for string orchestra for Arturo Toscanini, who introduced it with the NBC Symphony in 1938. In these few pages, pages of a confident, easy, and utterly personal concord of a solemnly archaic polyphony and melancholy Romantic passion at high tide, Barber—at twenty-six—created something that has that rare quality of seeming always to have been there. Gaffigan observes that the work “is in our vernacular. It’s in our hearts as Americans…It shows the realization that some things are painful, but in the end, you let go. There’s peace at the end of this short but masterful work.”