It’s that time of year! The San Francisco Symphony is here to add some good tidings and cheer to your holiday season with festive music and memories each day in December. Follow us on Instagram and Facebook to enjoy these gifts all month long!

As 2020 comes to a close (finally), we offer you a festive finale performance by our top notch San Francisco Symphony brass section. Happy New Year and see you in 2021!

'Tis the Season for community!

In 2007, Wells Fargo sought to honor the founder of the All San Francisco Committee and San Francisco Symphony Board member Ellen Magnin Newman through the creation and sponsorship of the Ellen Magnin Newman Award. This year, we're honored to present the award to Hip Hop For Change, a grassroots nonprofit that seeks to address the injustices of misrepresentation through education and community building.

San Francisco Symphony violinist David Chernyavsky & an all-star ensemble from around the globe bring us a kinetic performance of Antonio Vivaldi's Concerto for 4 Violins in B minor. Enjoy!

The holiday season wouldn't be complete without conductor Edwin Outwater & the legendary Peaches Christ wishing you all a Happy Holi-Gay! We'll see you in 2021!

From our family to yours, Merry Christmas! Enjoy this breathtaking performance of 'O Holy Night' by members of the San Francisco Symphony.

On this Christmas Eve, we bring you a bit of peace & tranquility with a performance of “Silent Night” by members of the San Francisco Symphony.

At the end of each year, San Francisco Symphony violinist Polina Sedukh travels to Saint Petersburg, Russia to see her parents and celebrate New Year’s. This year she made a virtual visit to her parents’ home and created this video of Charles Auguste de Bériot’s Violin Concerto No. 9 in A minor, arranged for treble and traditional violin by Polina and her father, Grigory Sedukh.

Rudolph comes to Davies Symphony Hall! Enjoy this holiday classic performed by a quartet of San Francisco Symphony string players as part of our Deck the Hall virtual celebration.

’Tis the Season to celebrate! This month we honor our Music Director Laureate Michael Tilson Thomas’ 76th Birthday! Get cozy and enjoy a recording of MTT narrating Peter and the Wolf with the San Francisco Symphony Youth Orchestra.

If it’s the holidays, it’s time for Piotr Ilyich Tchaikovsky’s ‘The Nutcracker.’ Enjoy this performance by members of the SF Symphony of the Russian Dance from Tchaikovsky’s masterwork—the perfect soundtrack for last-minute holiday shopping.

We may not have much snow in San Francisco, but our musicians *sleigh* this fun arrangement of “Jingle Bells,” a bonus performance from our recent Deck the Hall virtual celebration.

'Tis the Season to feel all the feels. Enjoy this moving rendition of the Love Theme from ‘Cinema Paradiso’ by the late, great composer Ennio Morricone, performed and filmed by San Francisco Symphony Principal Oboe Eugene Izotov.

Looking back at some of our favorite holiday films with the San Francisco Symphony. 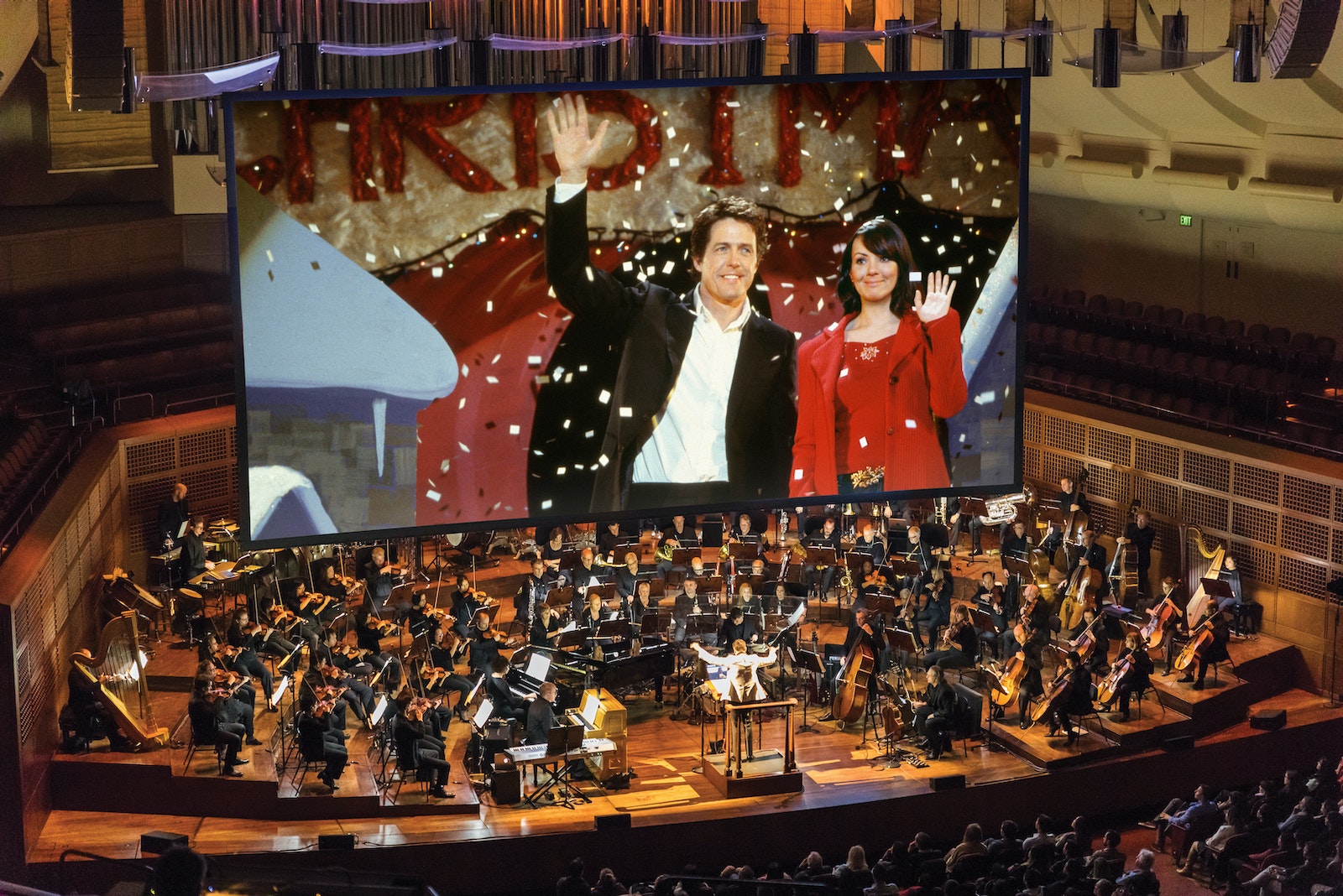 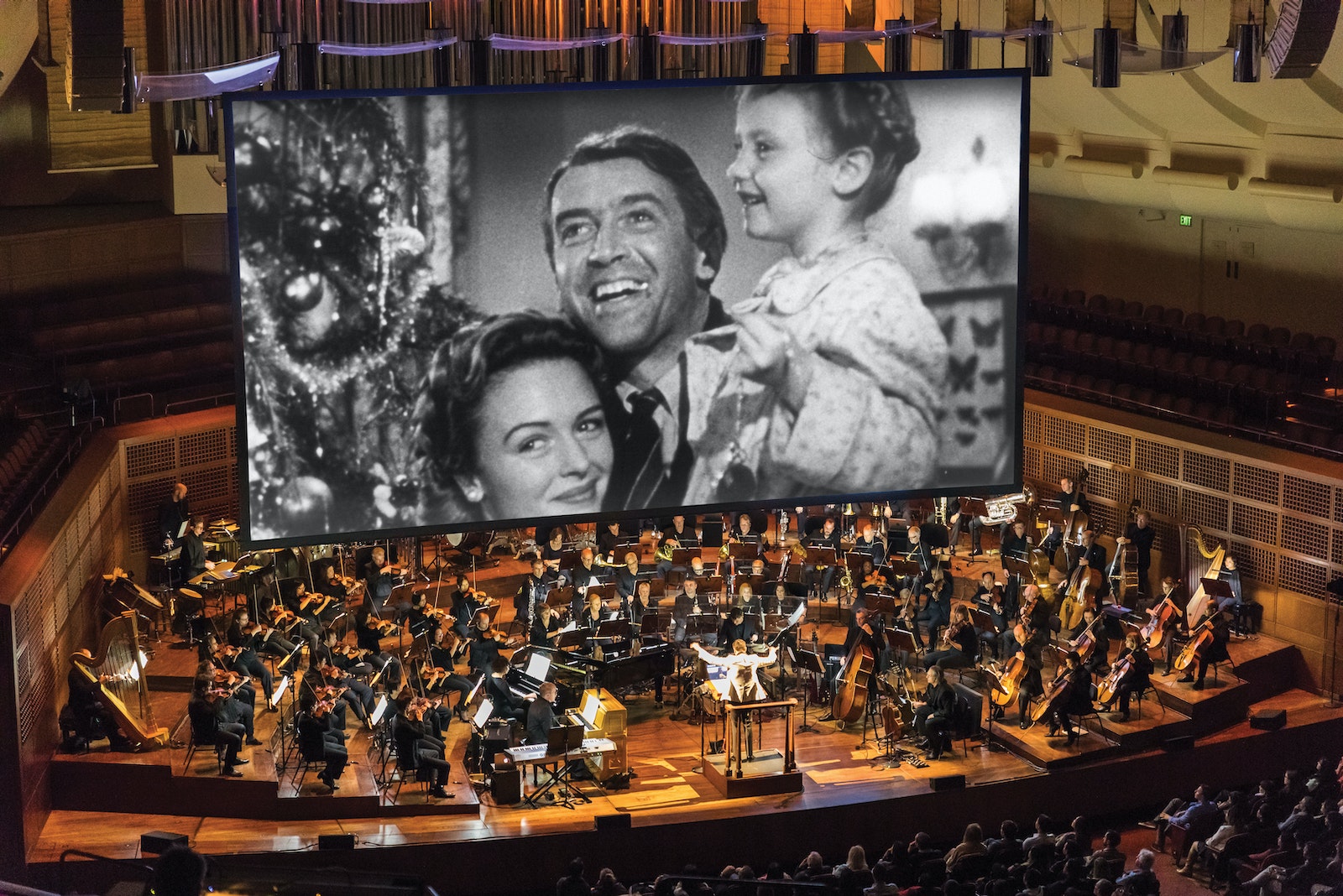 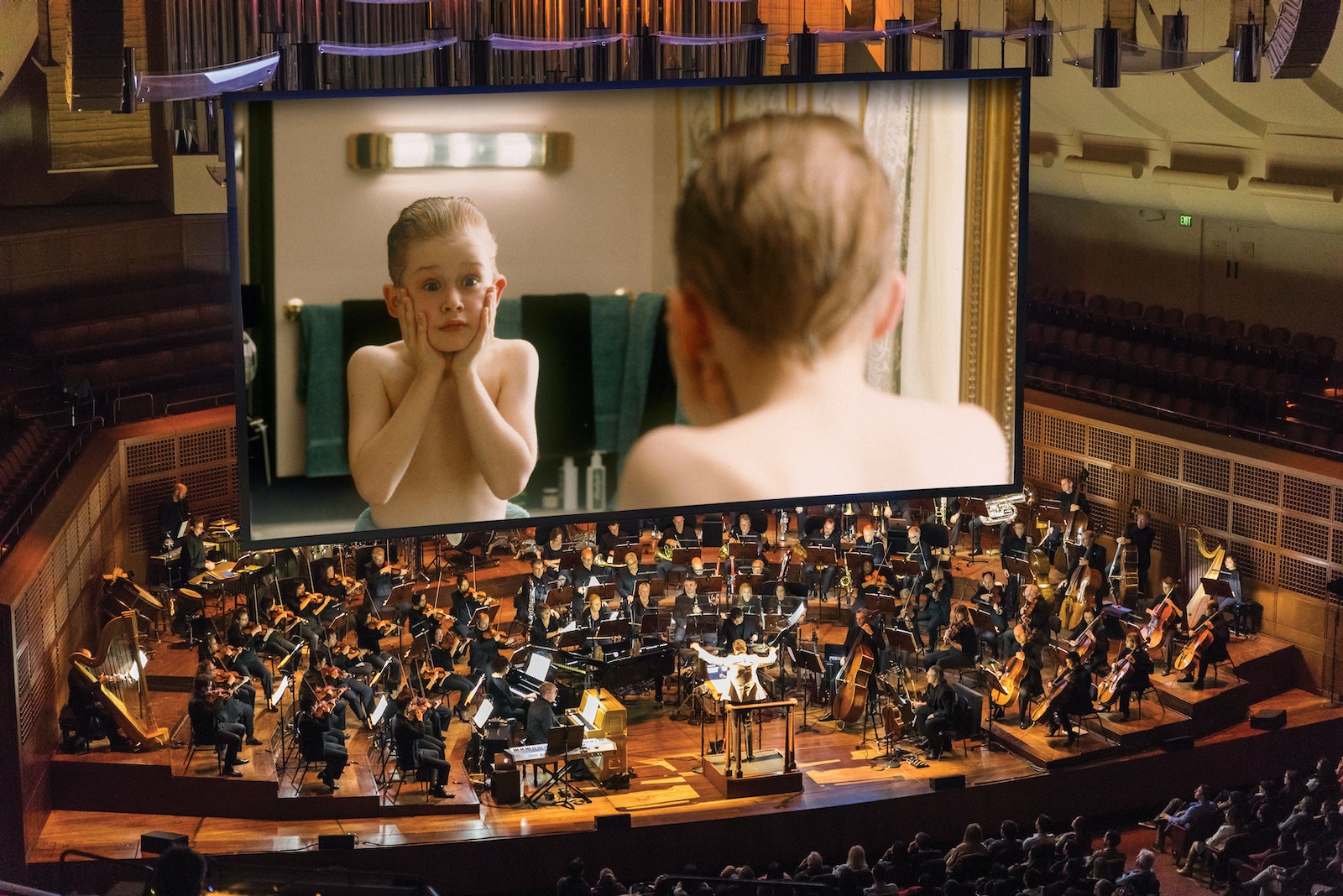 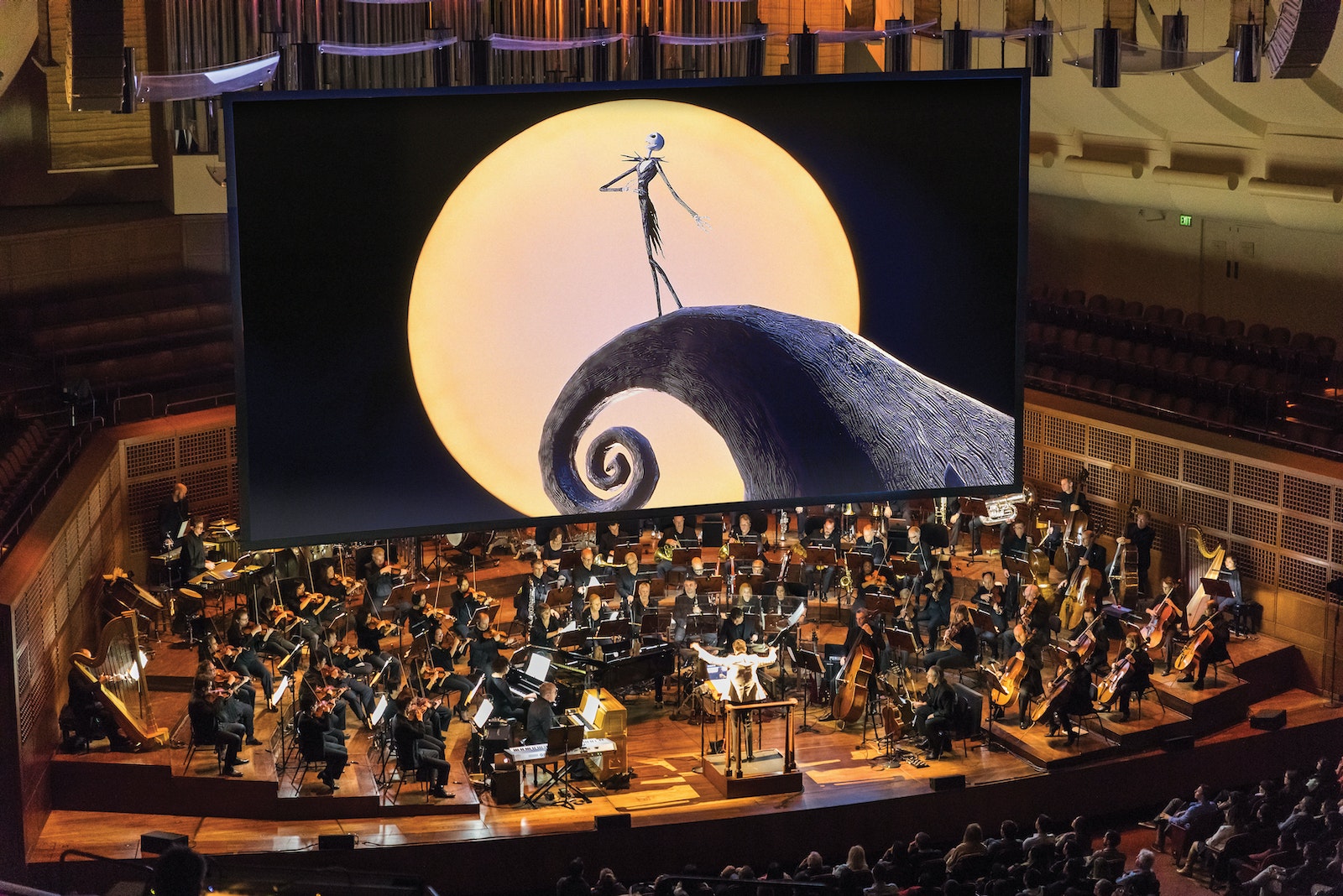 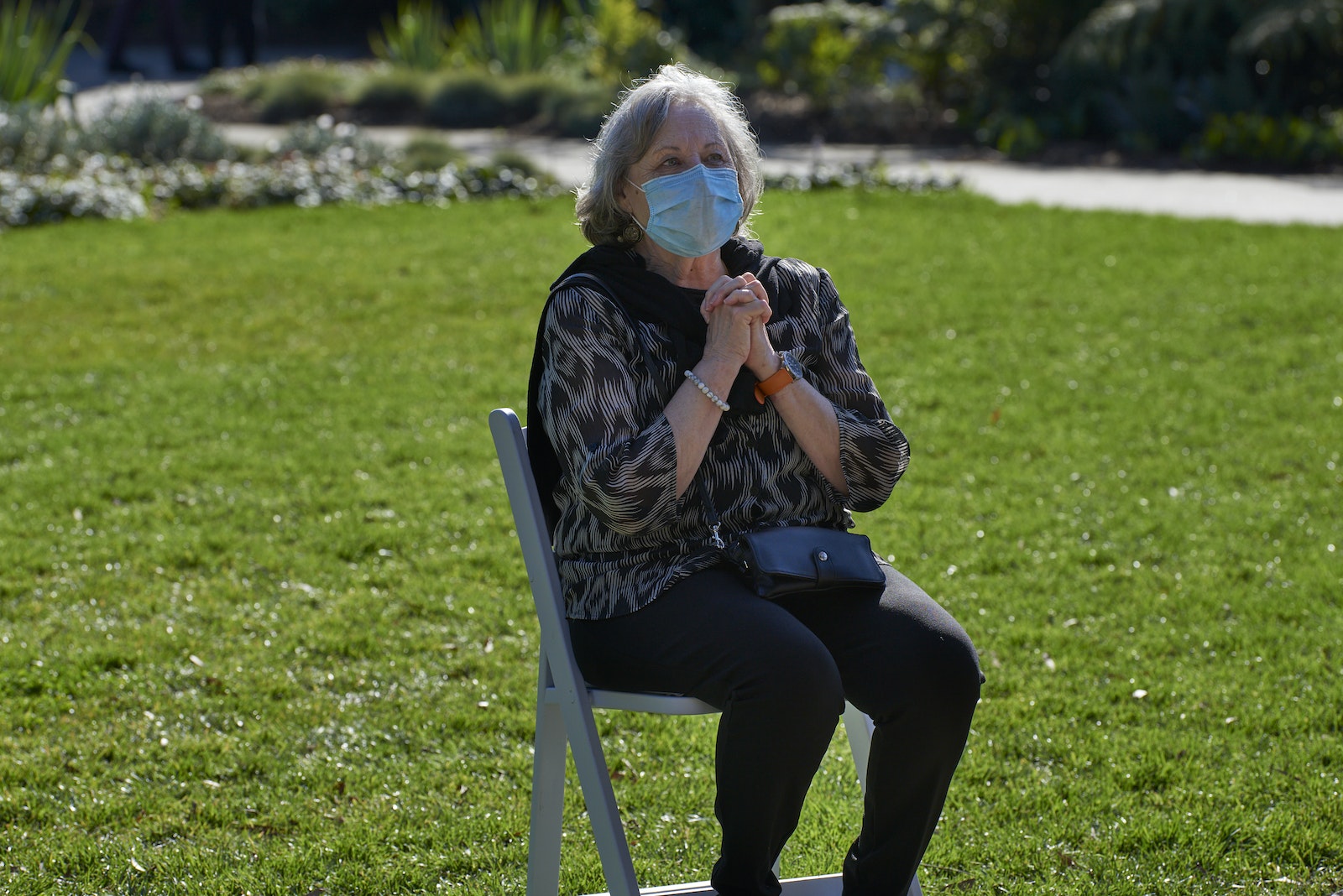 ’Tis the Season for Giving. Earlier this month our musicians performed a series of intimate 1:1 Concerts at the San Francisco Botanical Garden. Here are a few moments from the event! Photography by Stefan Cohen 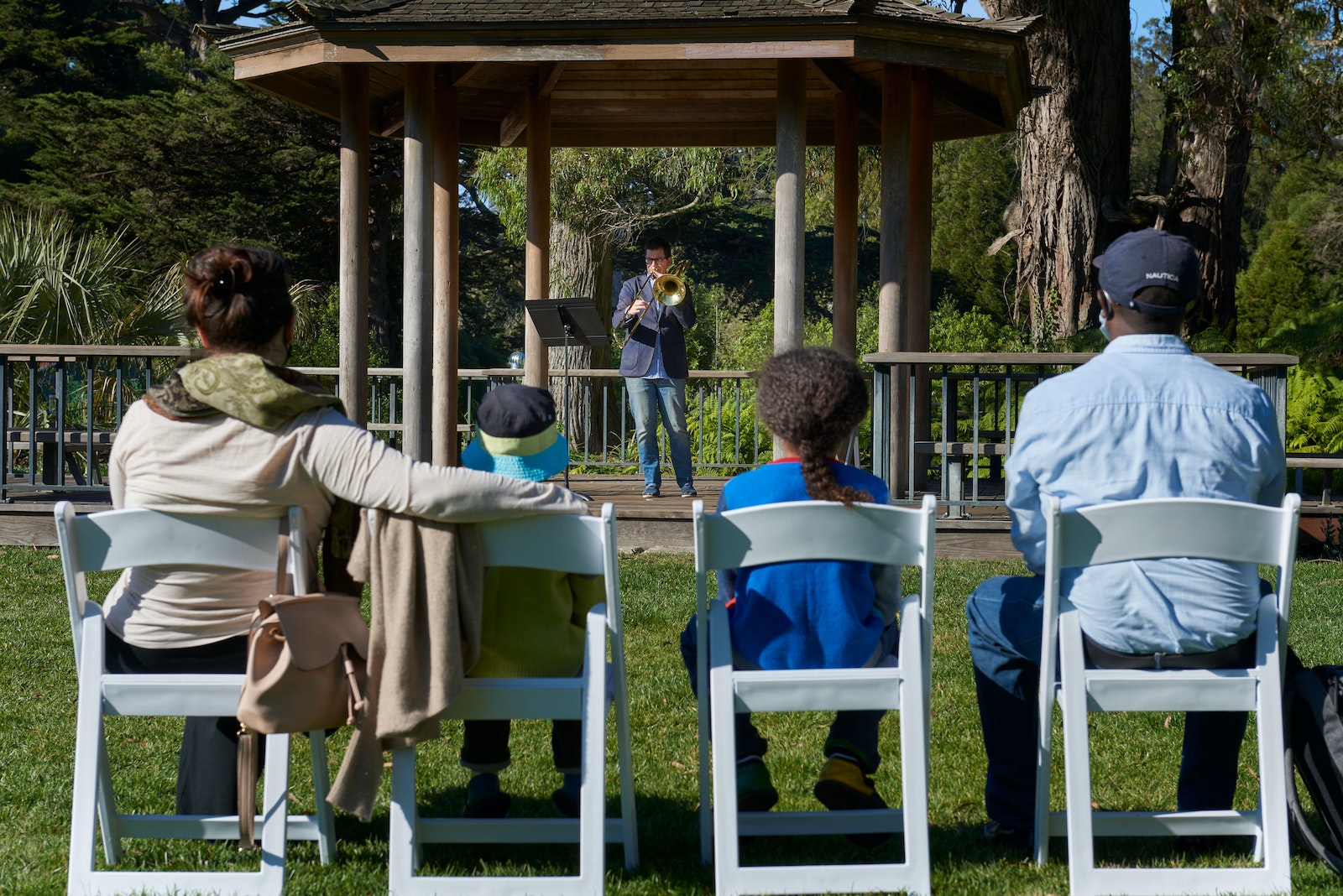 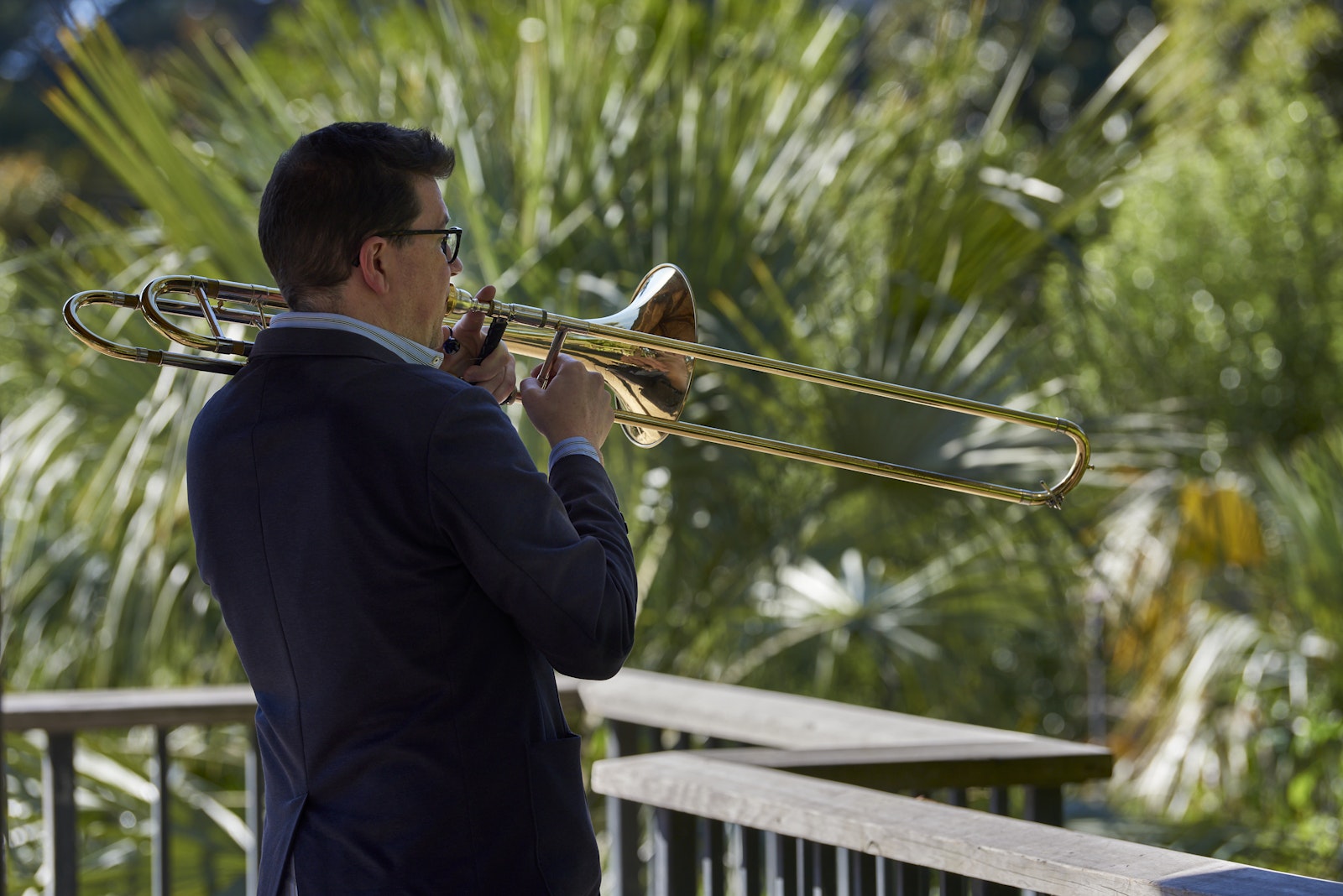 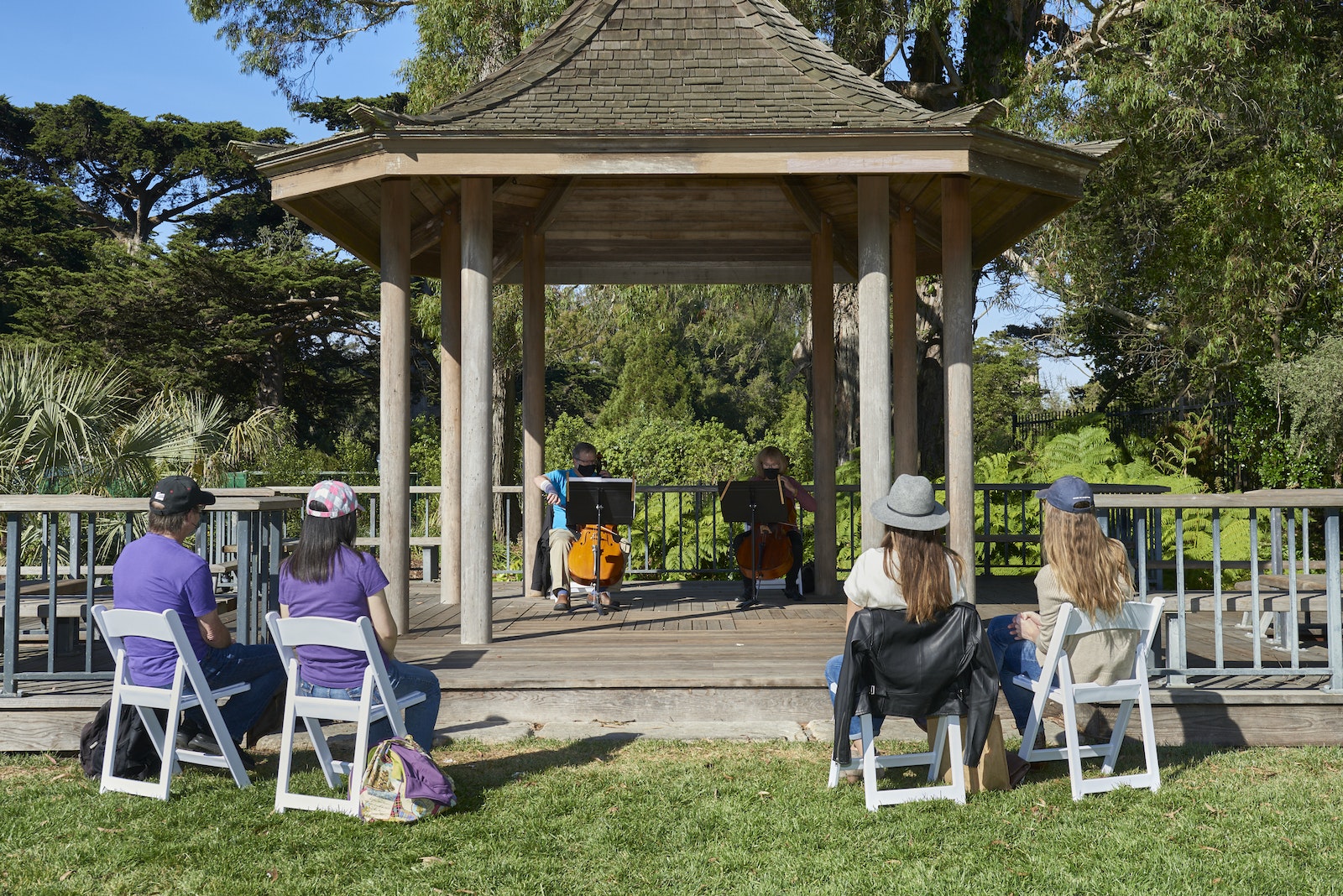 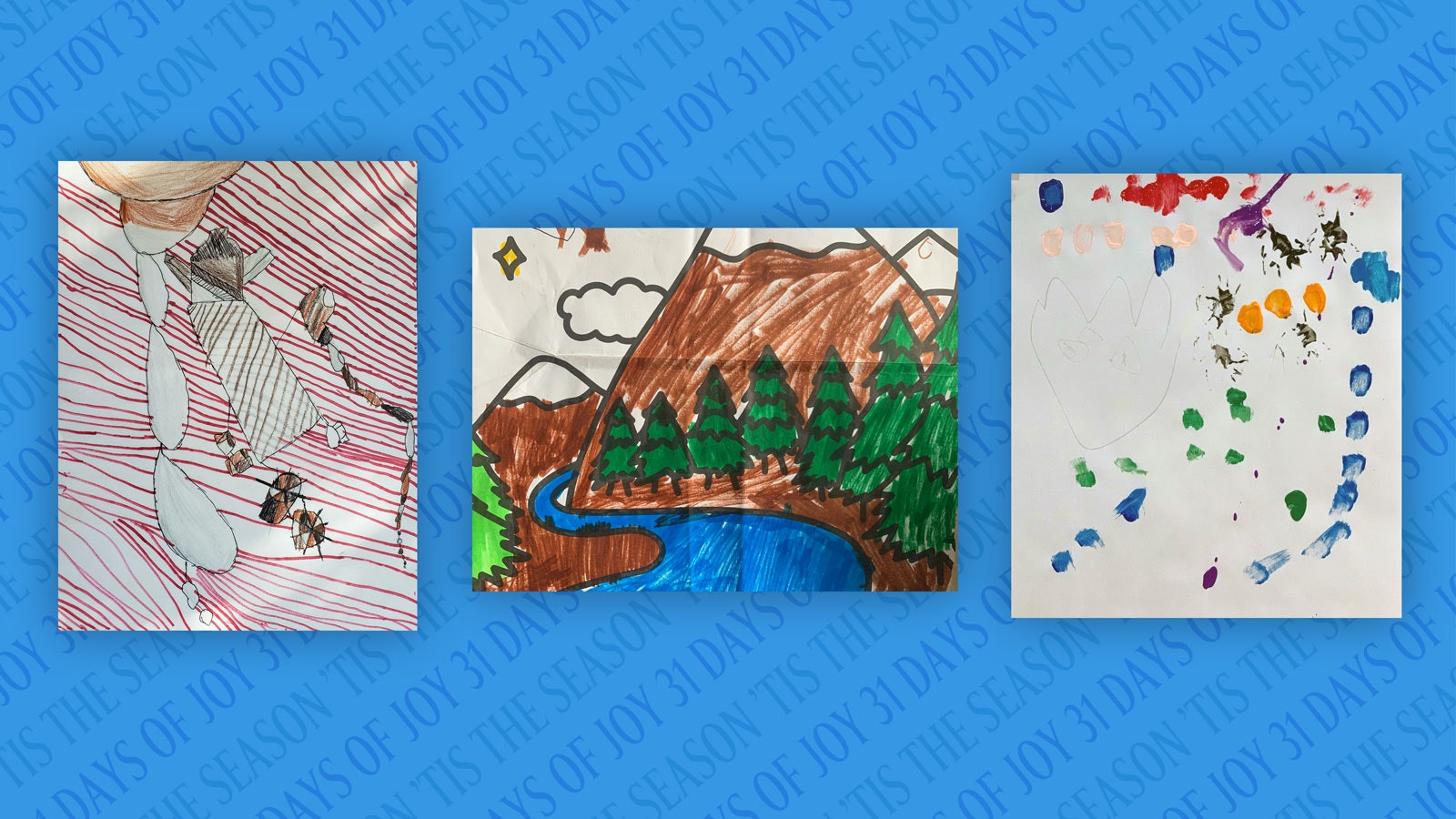 ’Tis the Season for Family. As we celebrate 40 iconic years of our Deck the Hall concert, we share some of the beautiful art created by kids and families inspired by this year’s performance.

Fa la la! Get those pipes ready & join organist Jonathan Dimmock & members of our glorious SF Symphony Chorus in a sing-along of “Deck the Hall”! The full Deck the Hall event airs on NBC Bay Area Dec 19 & 25 & is available now for free streaming.

Ring in the holidays (literally) with ‘O Tannenbaum,’ performed on handbells by the San Francisco Boys Chorus as part of our Deck the Hall virtual celebration.

We’ve curated a “10 Classical Pieces to Get You in the Holiday Spirit” playlist! With selections from Eric Whitacre to Joshua Bell, we've got you covered with a perfect mix of music to get you through winter.

If it’s the holidays, it’s Tchaikovsky’s Nutcracker Suite. Enjoy this performance of the Russian Dance movement. You might also know it as the soundtrack for last-minute Holiday shopping.

SERENITY NOW. Enjoy a few moments of stillness with the Ausklang movement from Strausss' Alpine Symphony. Performed by the London Symphony Orchestra.

Few pieces really capture the essense of subzero winters like the Winter movement from Vivaldi’s Four Seasons.  Grab a cozy blanket, some hot cocoa, & get ready for an arctic chill brought to you by Joshua Bell & Academy of St. Martin in the Fields.

Because, of course. BBC Concert Orchestra

What would snowfall sound like if it were played on a piano?  Pianist Vikingur Olafsson giving us all the wintry feels with Debussy’s The Snow is Dancing.

Feeling fancy? Get down with your boujee self and work that holiday energy with Tchaikovsky's March movement from the Nutcracker. Performed by the Boston Symphony Orchestra.

Repeat after me: All is calm. All is bright.

Performed by the London Symphony Orchestra

Joy to the World (Christmas by the Bay)

Here’s your moment of Joy, provided by the one and only Christmas by the Bay.

After the holiday season we either need a good sleep, cry, or both. This choral piece by Eric Whitacre, (titled Sleep) is here for you.

On Day 9 of 'Tis the Season, we bring you the timeless White Christmas, performed by SF Symphony musicians from our Deck the Hall virtual celebration. Grab some hot cocoa, your fuzziest santa hat, & enjoy!

Superstar violinist Hilary Hahn, together with SF Symphony violinist Chen Zhao & his daughter, bring us 26 seconds of joy from Hilary’s performance of Mozart’s 5th Violin Concerto, complete with her own cadenzas.

The Bayview Opera House, the oldest operating theater in San Francisco sits in the heart of Bayview Hunters Point at the corner of 3rd and Newcomb. Established in 1888, The Opera House is the cultural hub of Bayview, San Francisco’s African American Arts and Cultural District. The year-round programming at The Opera House honors the belief that art is an essential part of a vibrant, just, and healthy society. From community festivals + celebrations to contemporary dance and performance, art shows and youth programs the Opera House cultivates an environment dedicated to creative excellence and ambition with the knowledge that increasing access to art will inspire, educate, and transform lives. To learn more, click here.

Hope you enjoy this stocking stuffer gift: A package of SF Symphony-style Zoom backgrounds for you to enjoy, whether you're catching up with family or with your favorite co-workers! Click on the image, it will open in a new window. 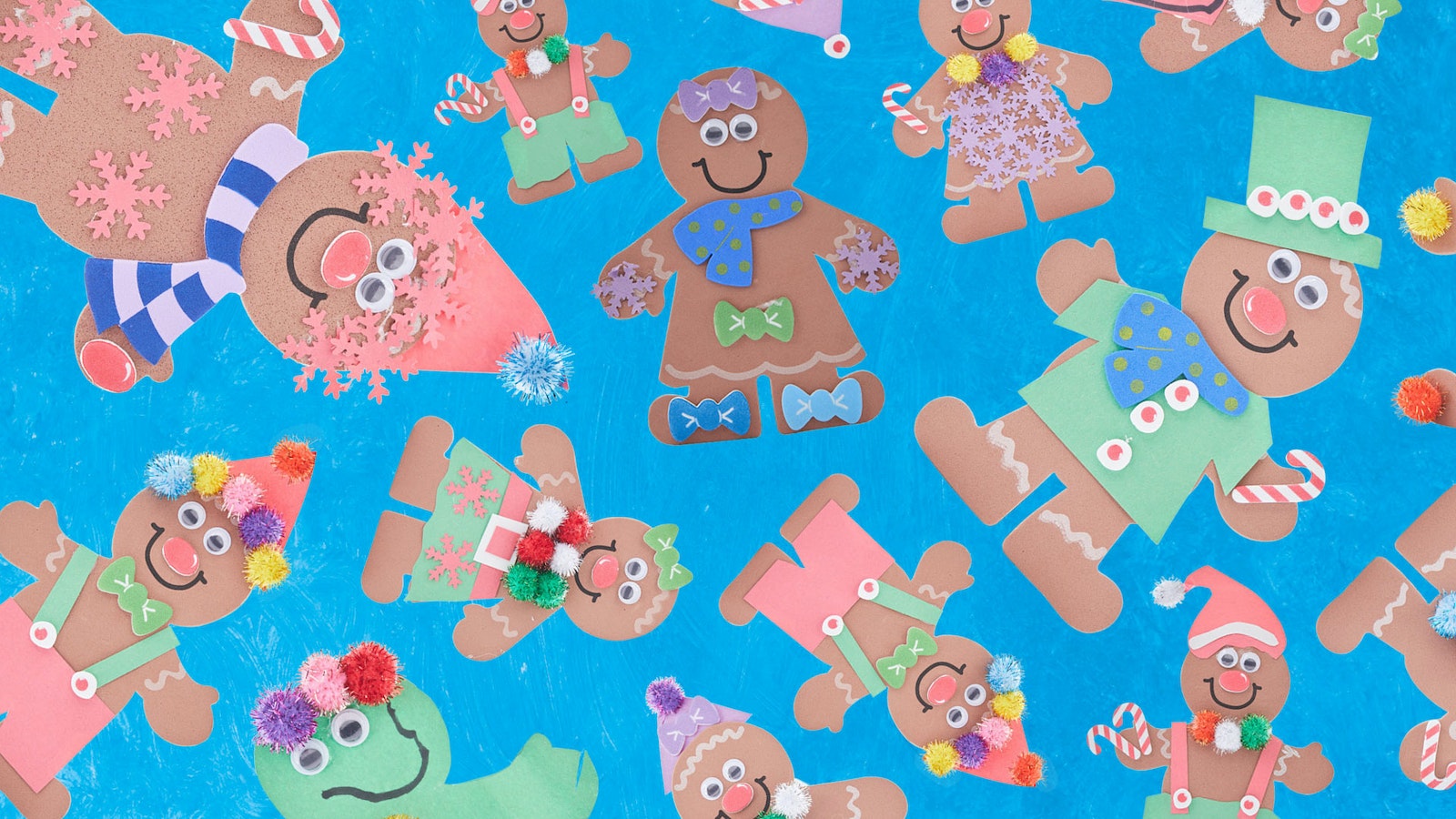 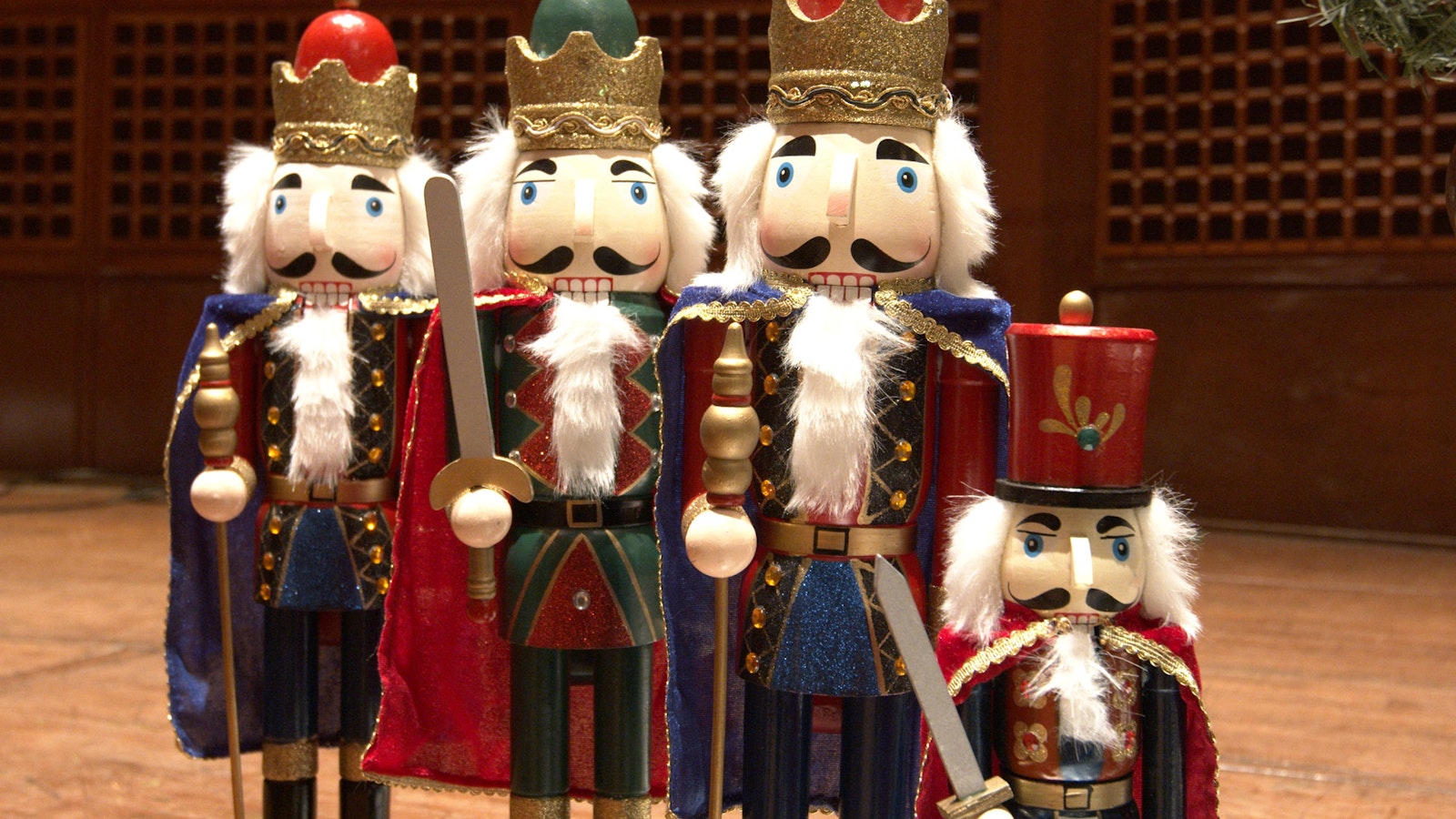 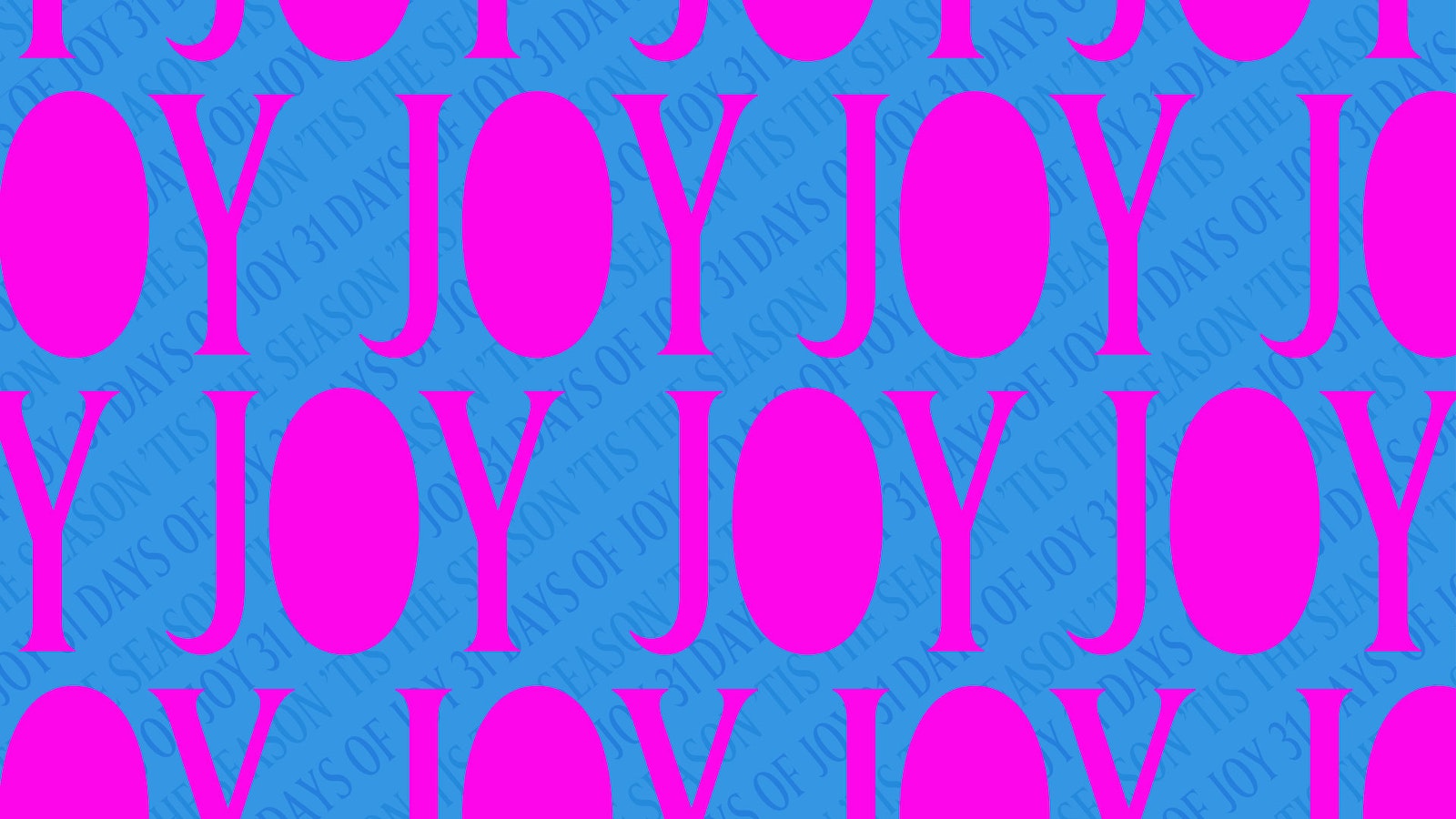 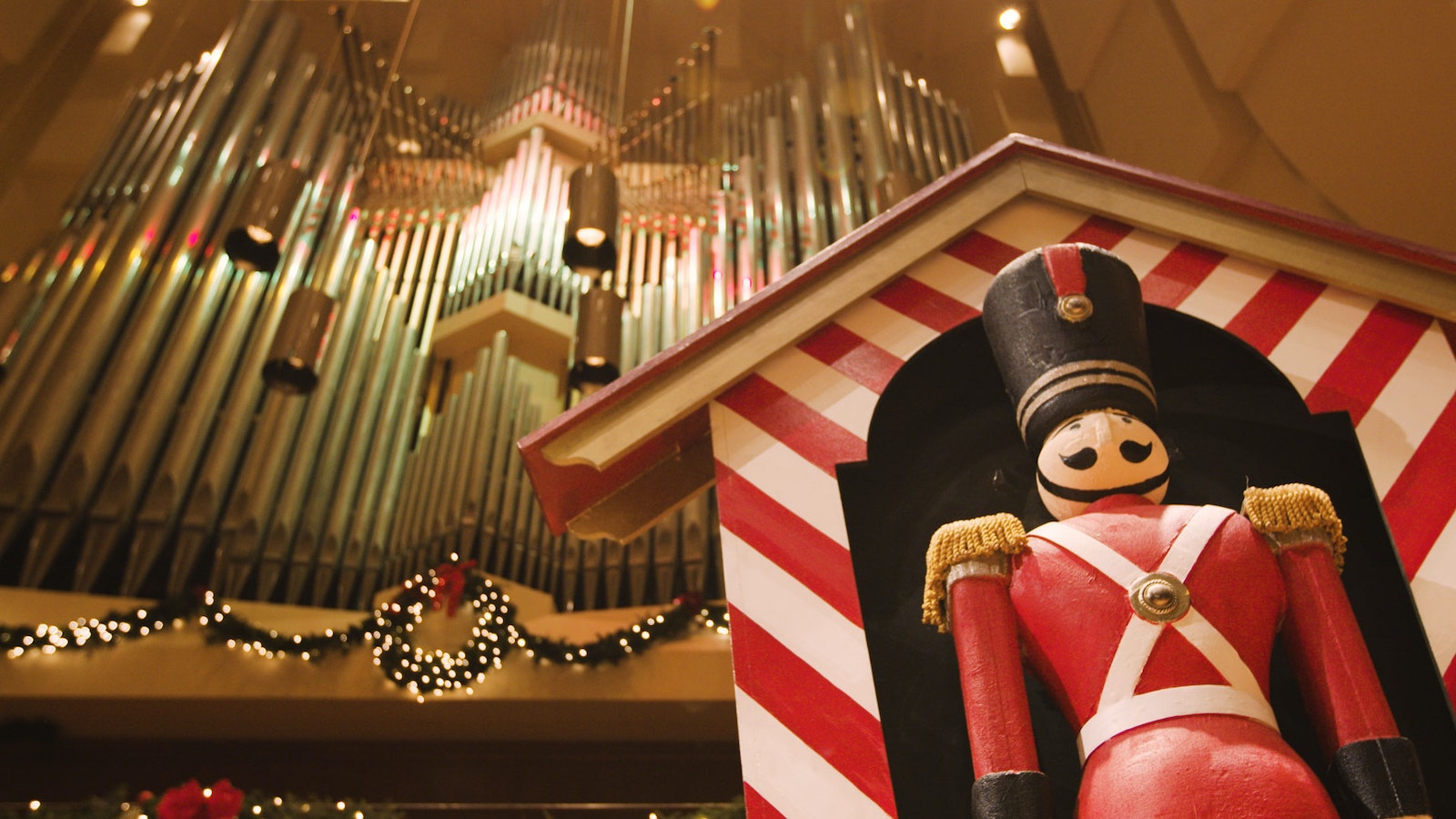 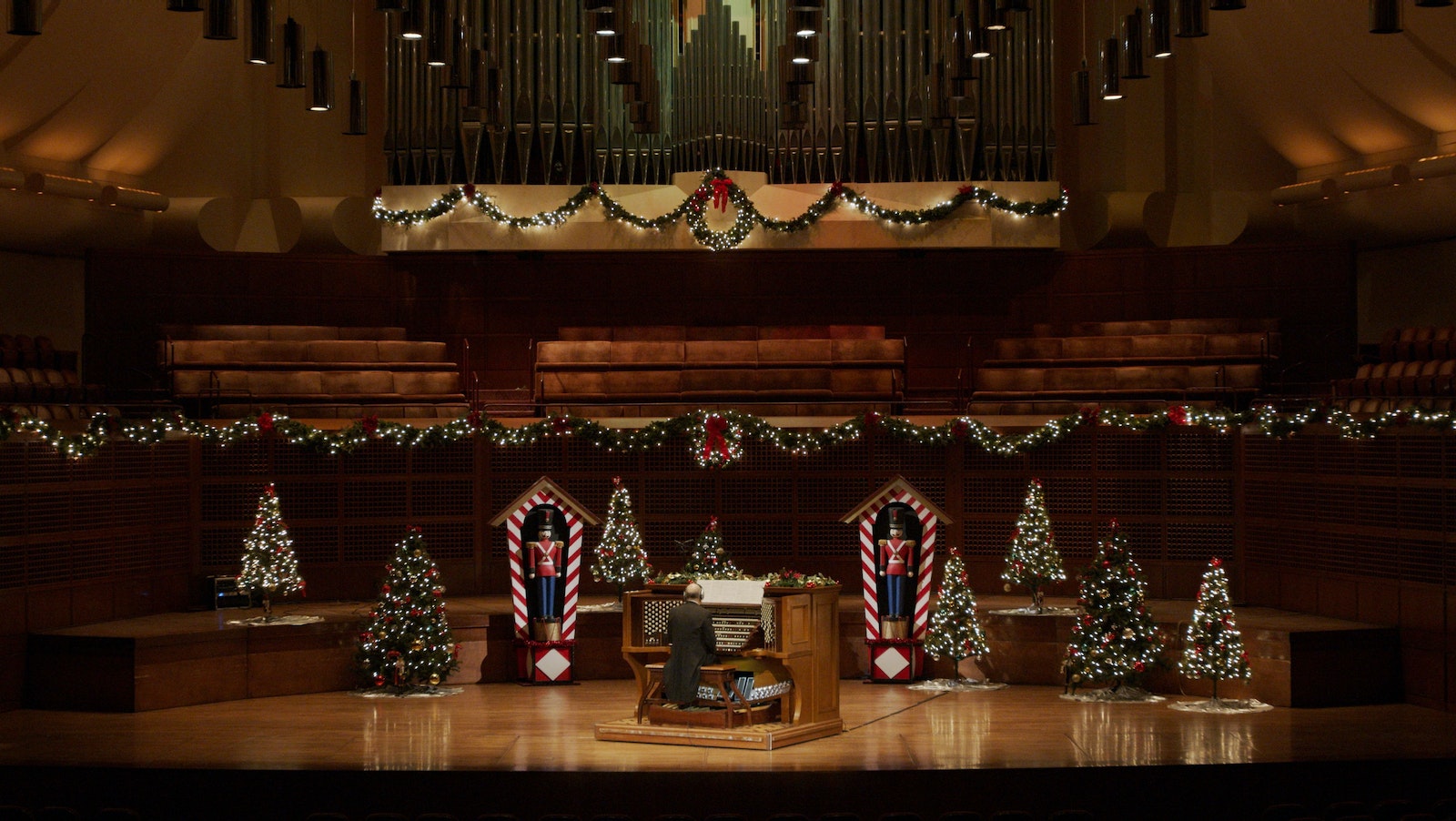 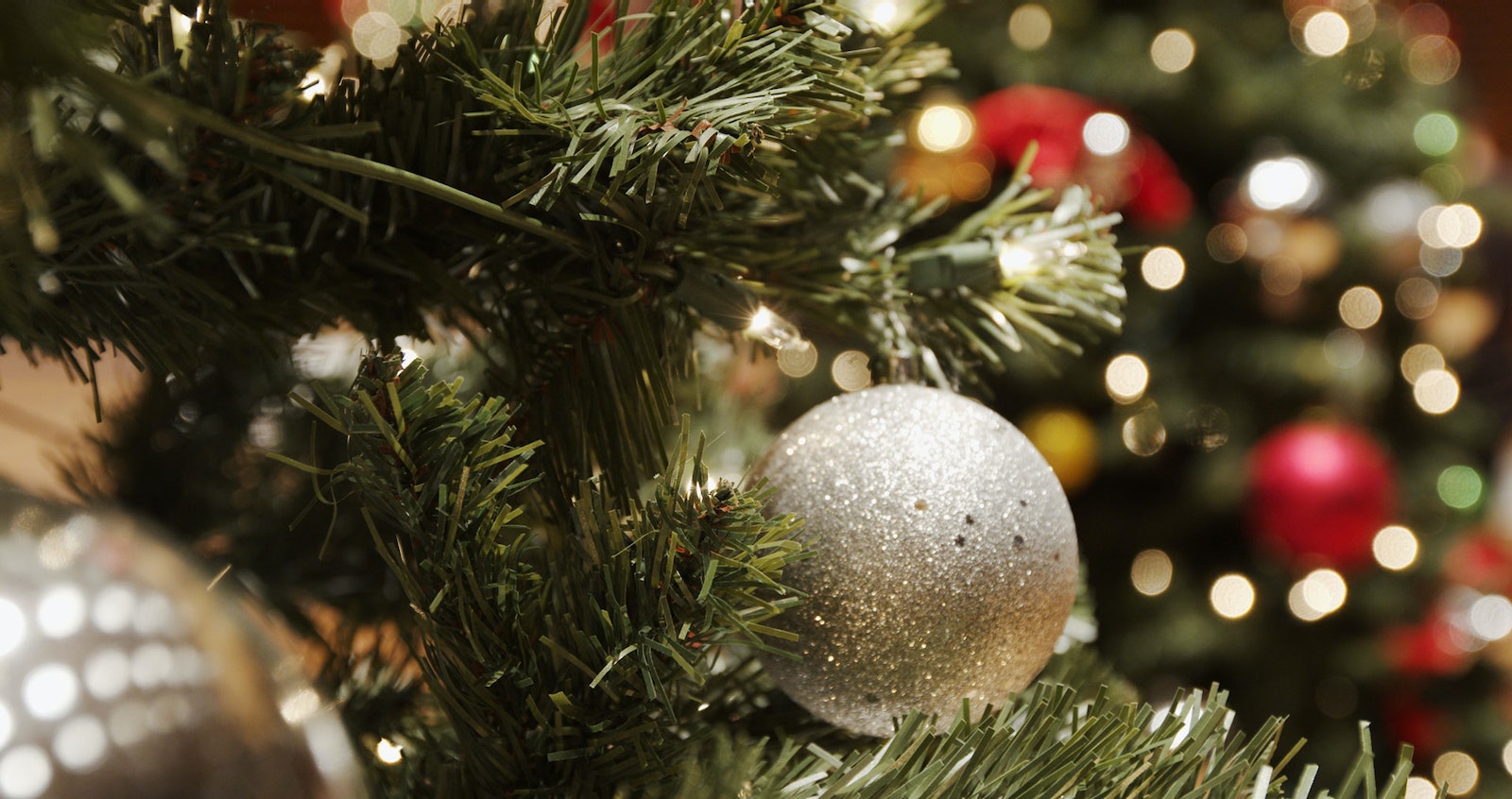 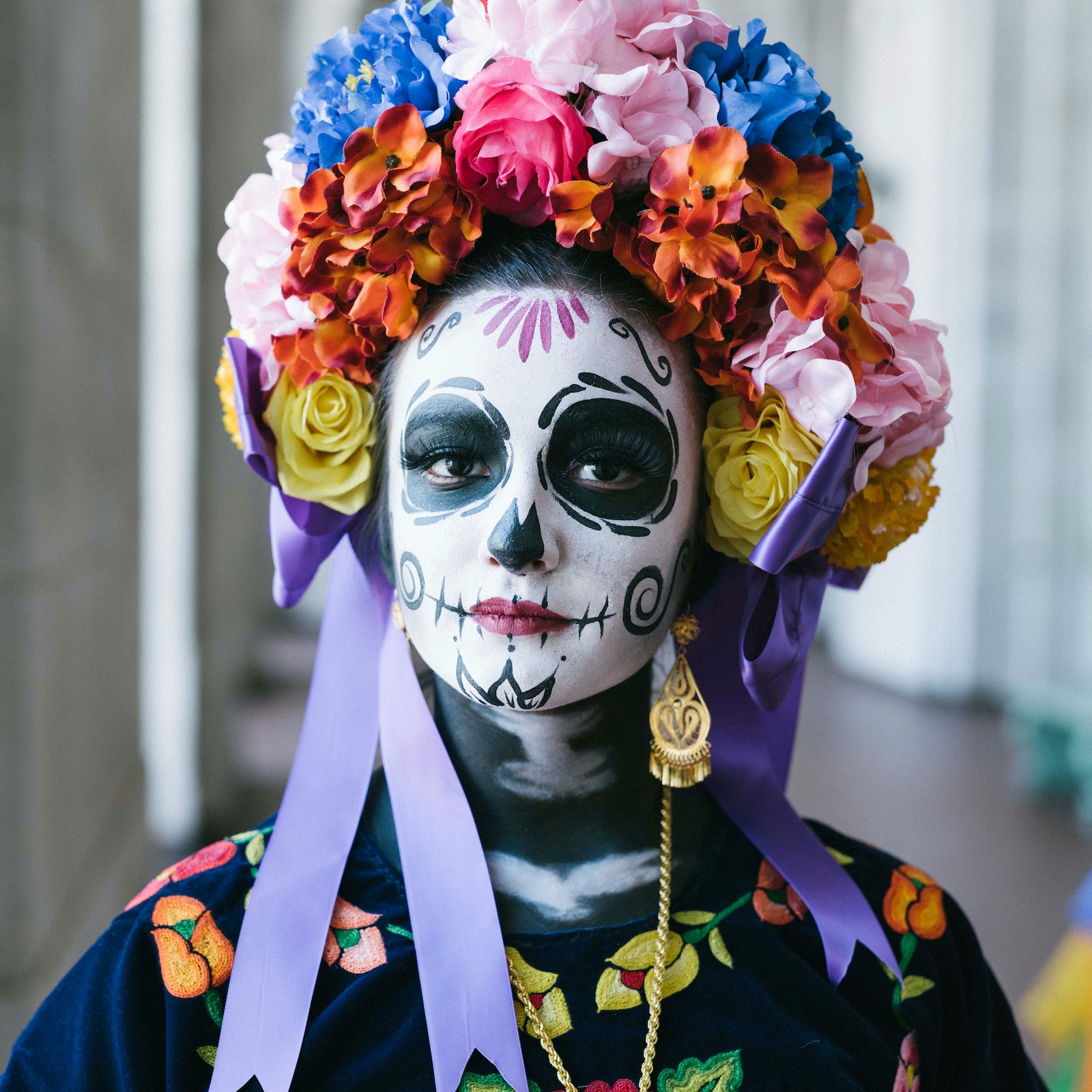 They offer a variety of fun, enriching, and engaging classes for kids; from music, art, theater and dance, to martial arts, chess, literature, and more. They are a Spanish immersion program and classes are mainly taught in Spanish to develop, preserve and encourage the Latino and Hispanic language and culture. To learn more, click here.

Take a walk down memory lane and relive the charm of our Deck the Hall designs from the past 40 seasons. This year’s virtual celebration kicks off today at 3:30pm PST! 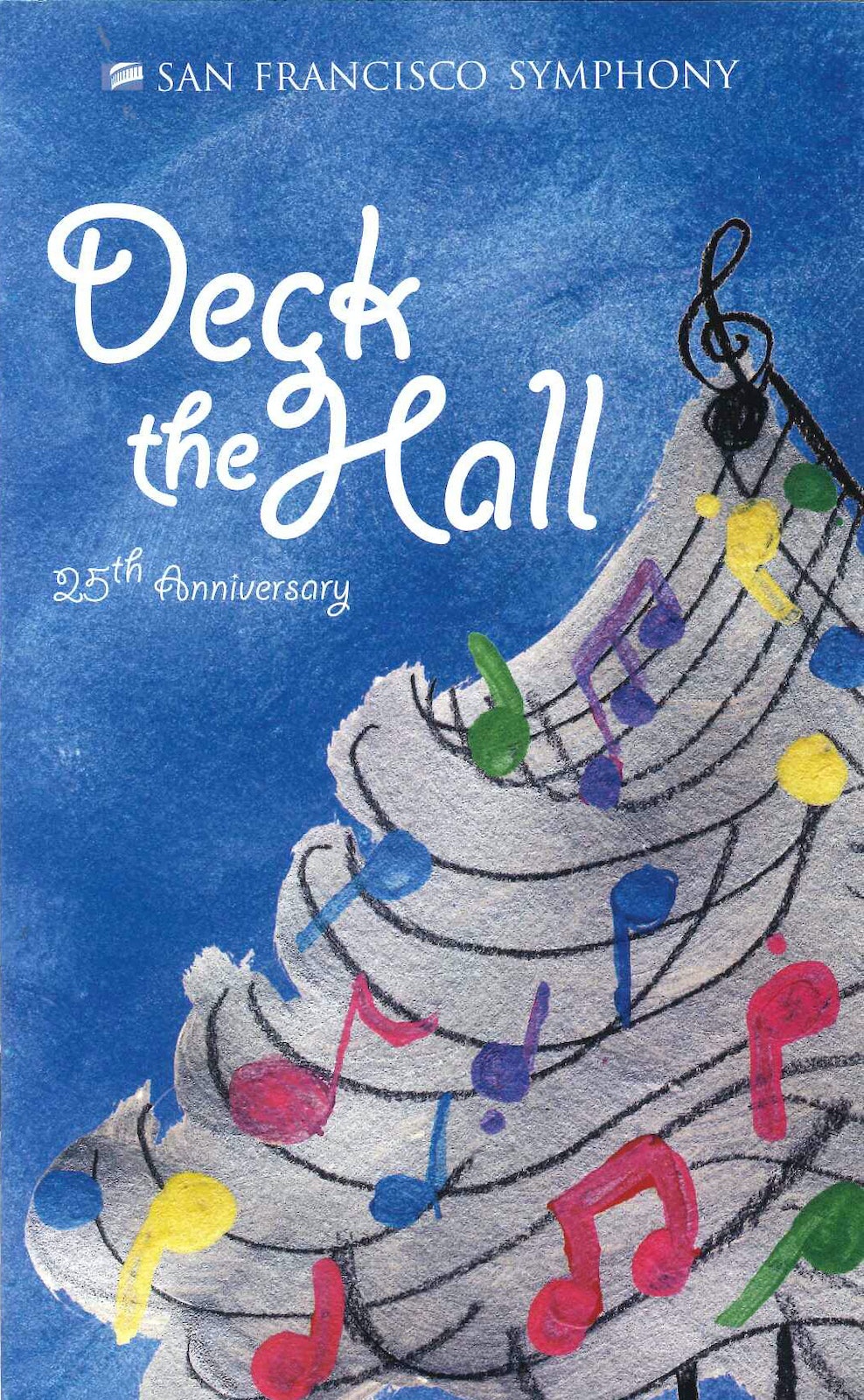 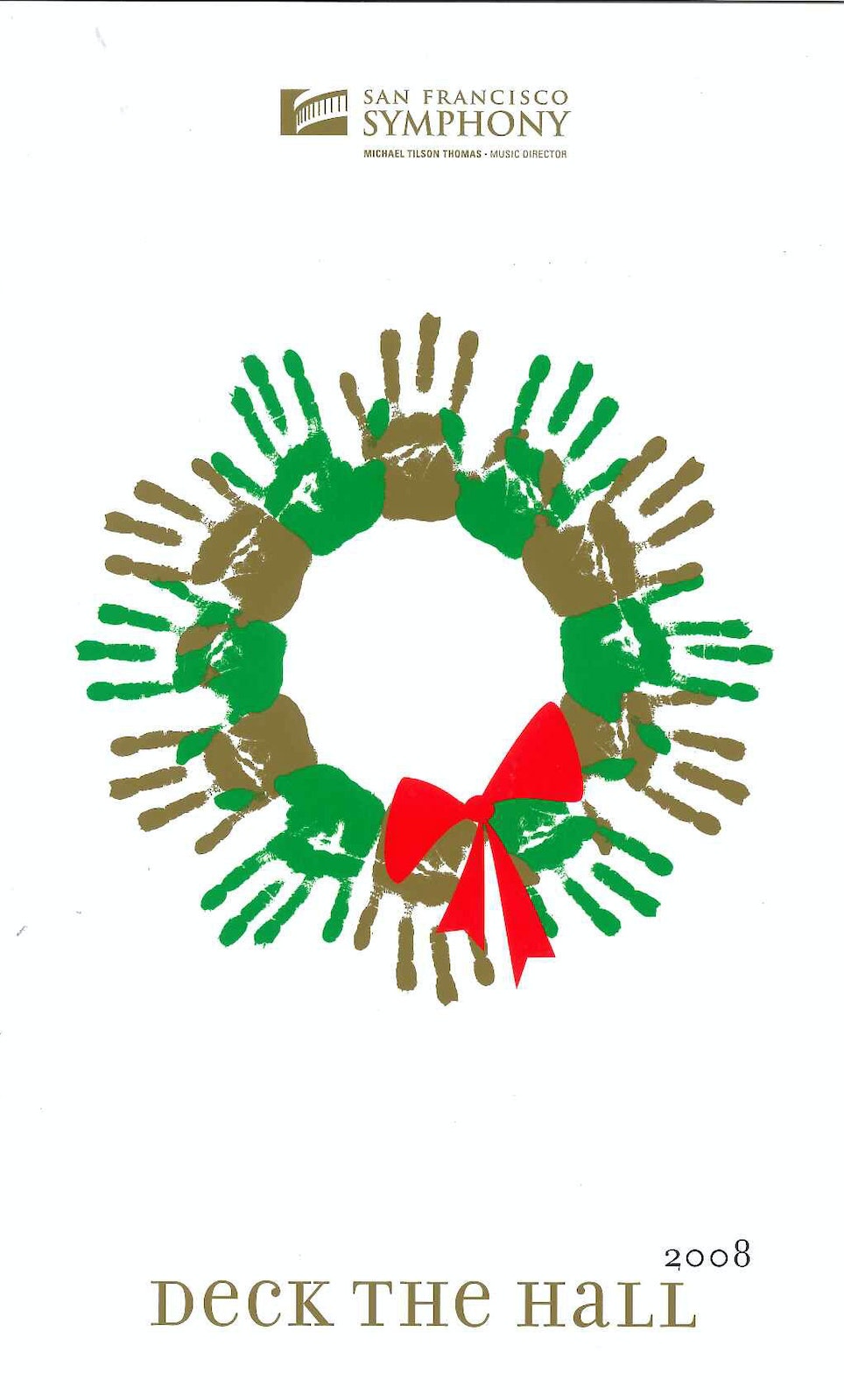 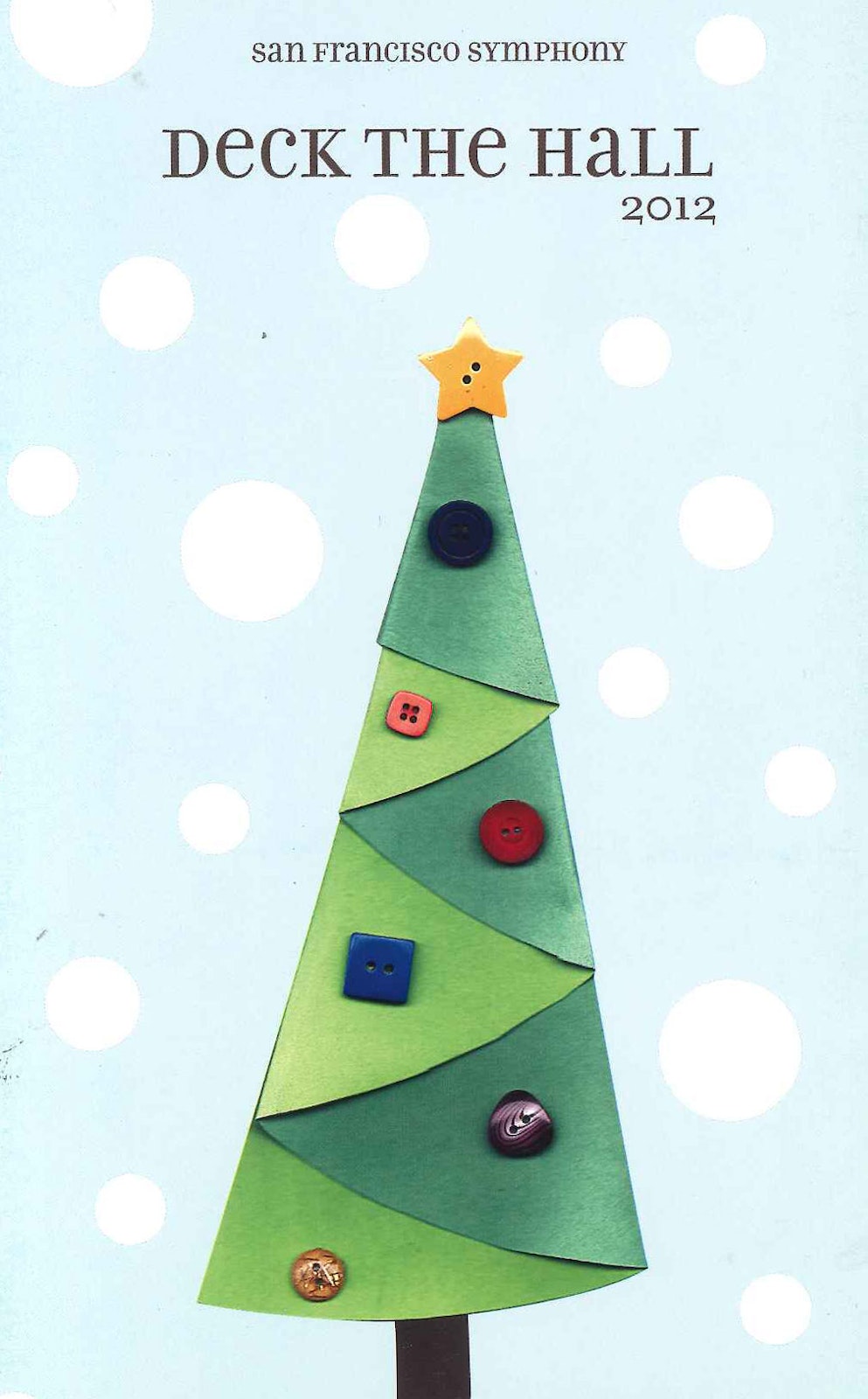 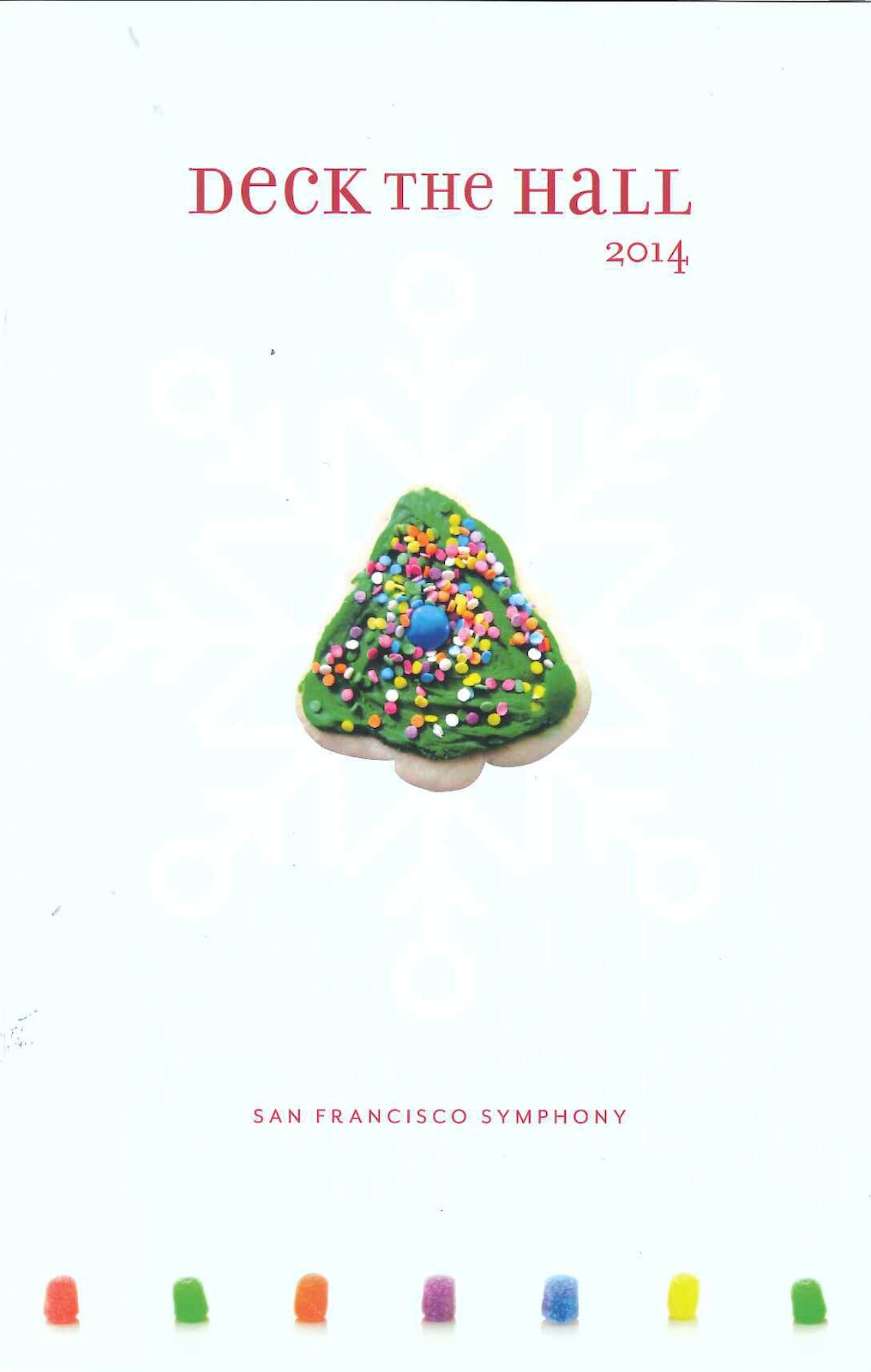 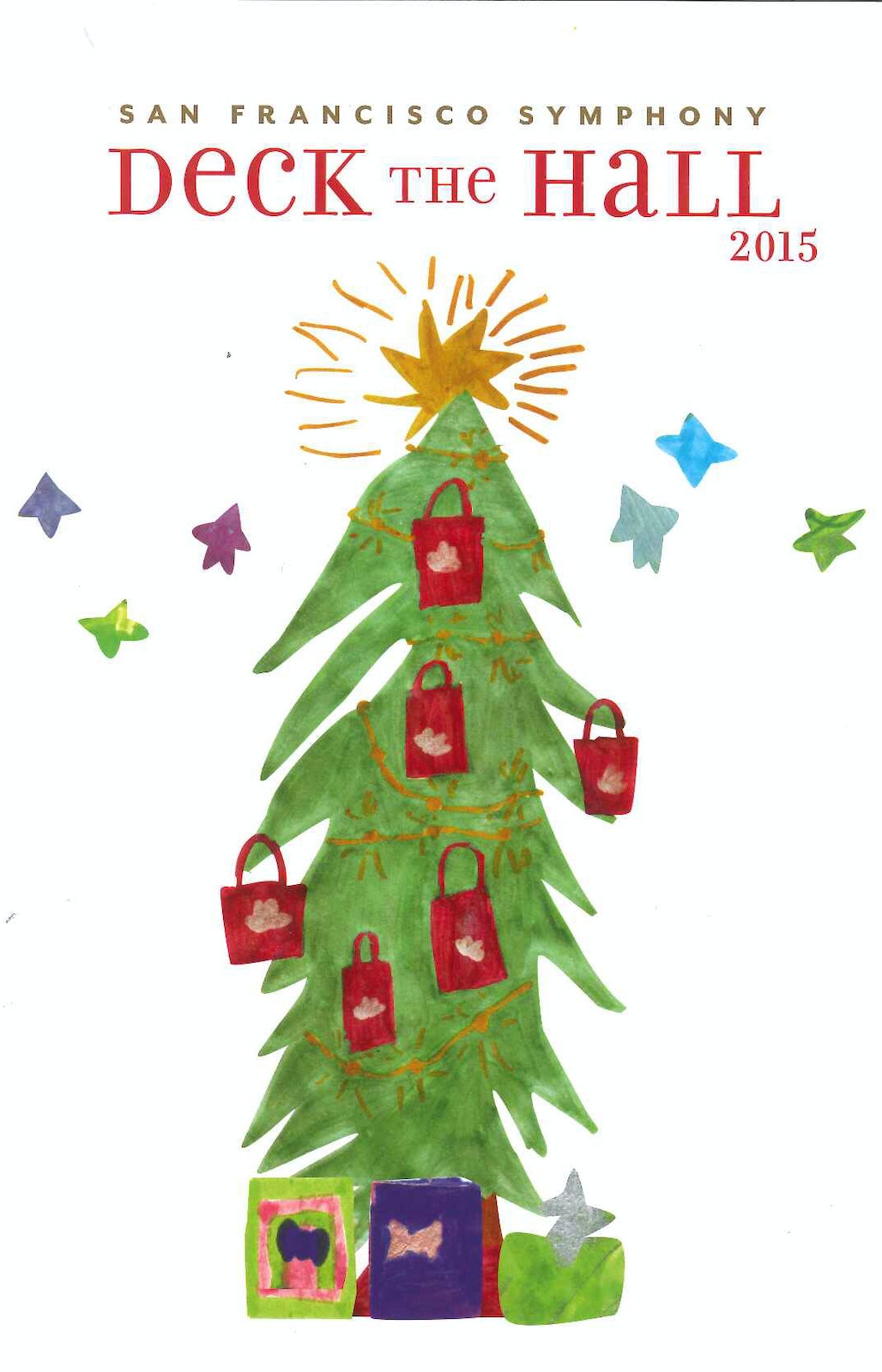 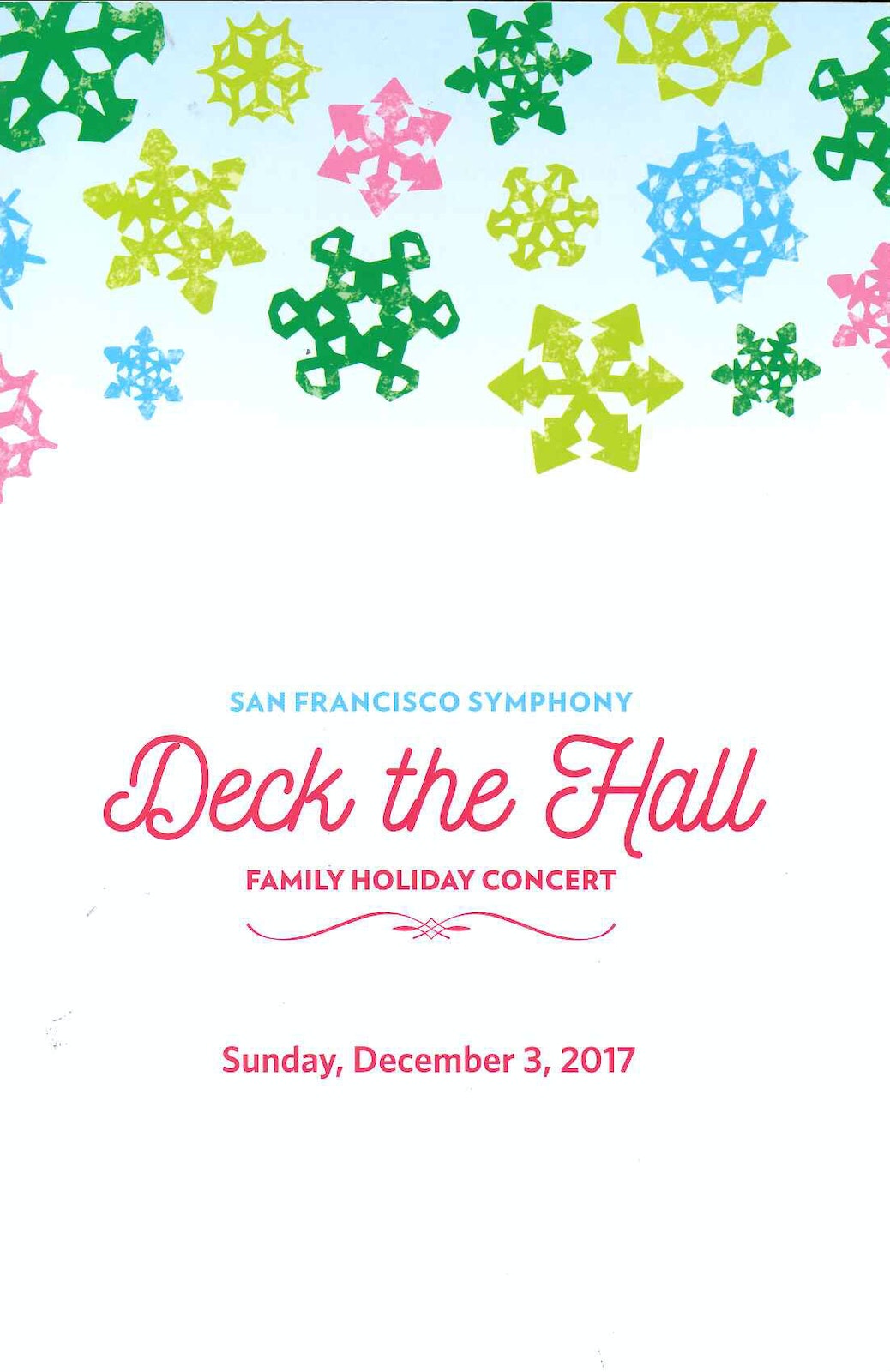 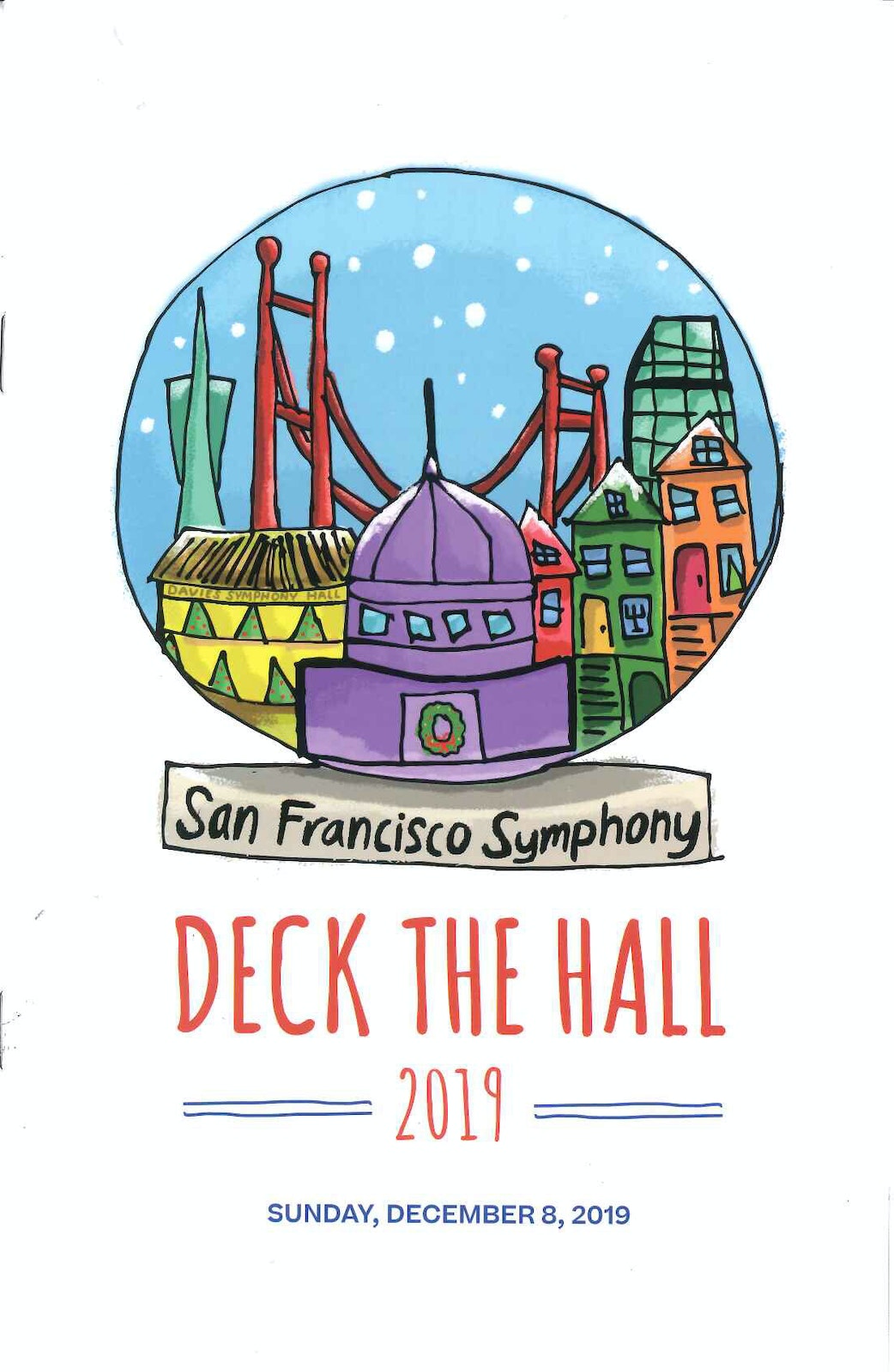 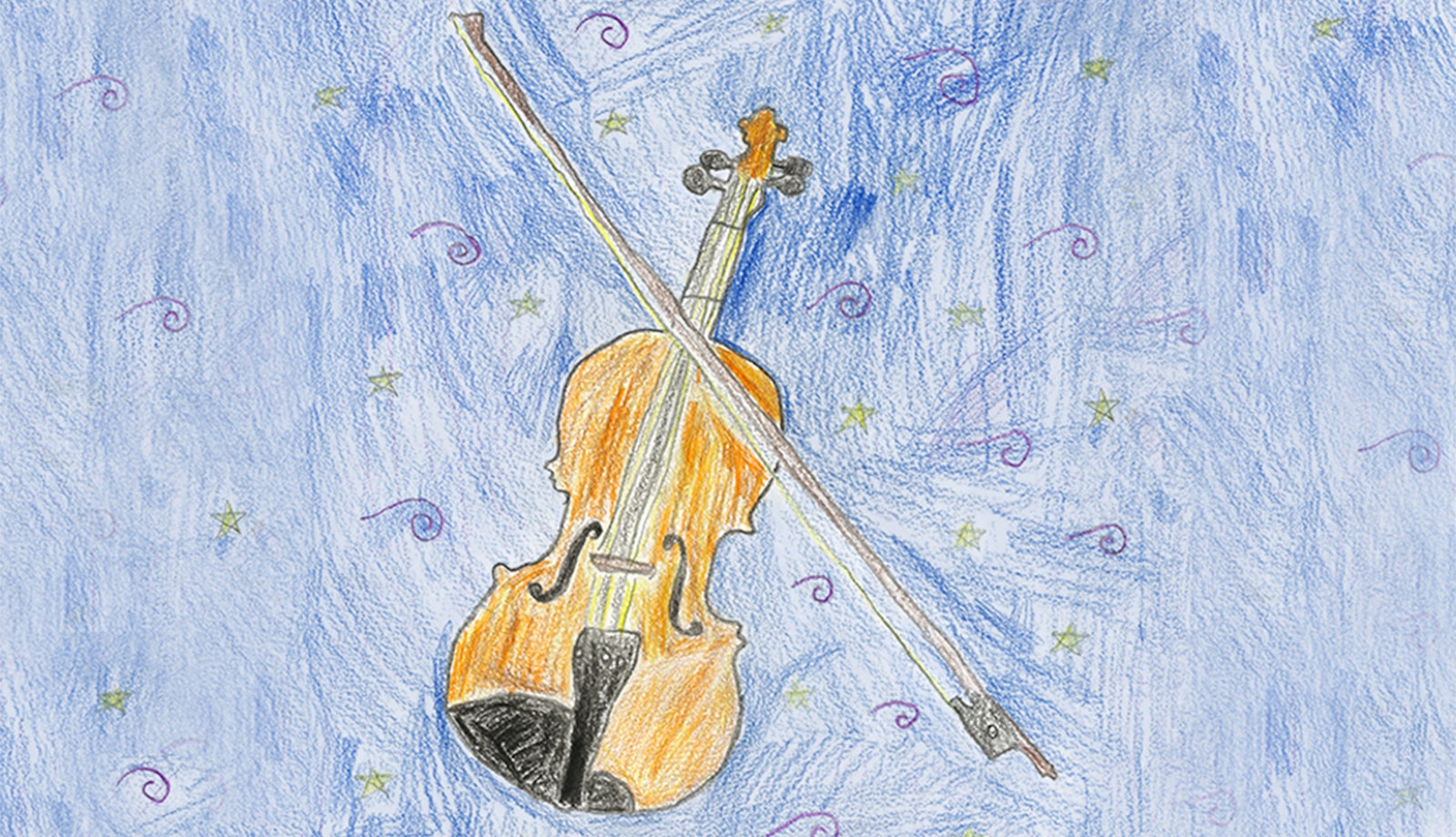 Presenting the Instrument of the Month!

In December, we spotlight the violin, featuring SF Symphony violinist Polina Sedukh. Get to know the violin. 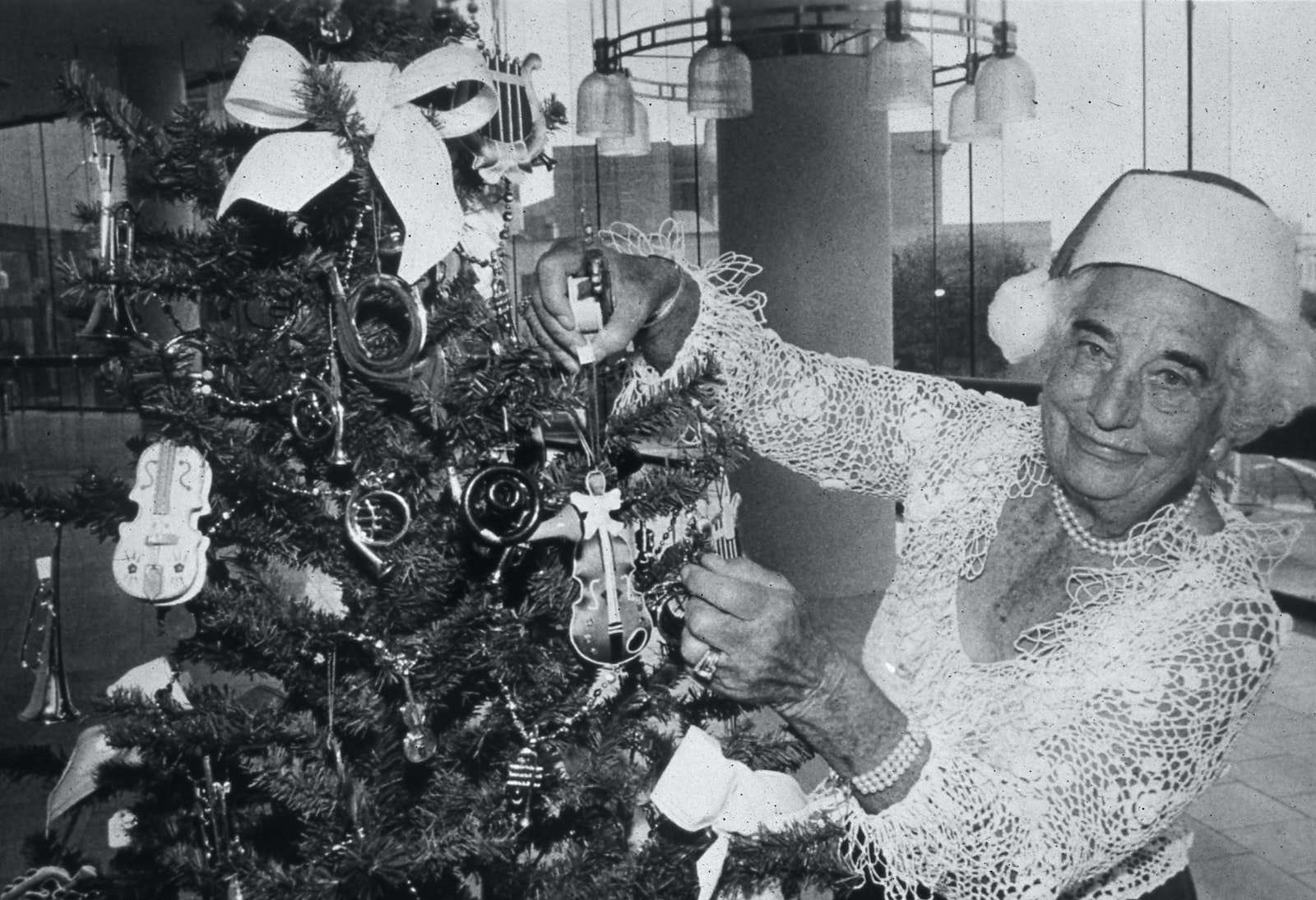 'Tis the season to remember Louise M. Davies, the generous benefactor for whom our beloved concert hall is named & who helped kick off the first Deck the Hall celebration 40 years ago.

First Exposures leverages the power of mentoring relationships and photography to empower young people to thrive, express themselves creatively, and become leaders in their communities. We envision a world where creative expression and supportive relationships for young people are celebrated as catalysts for change. To learn more, click here. 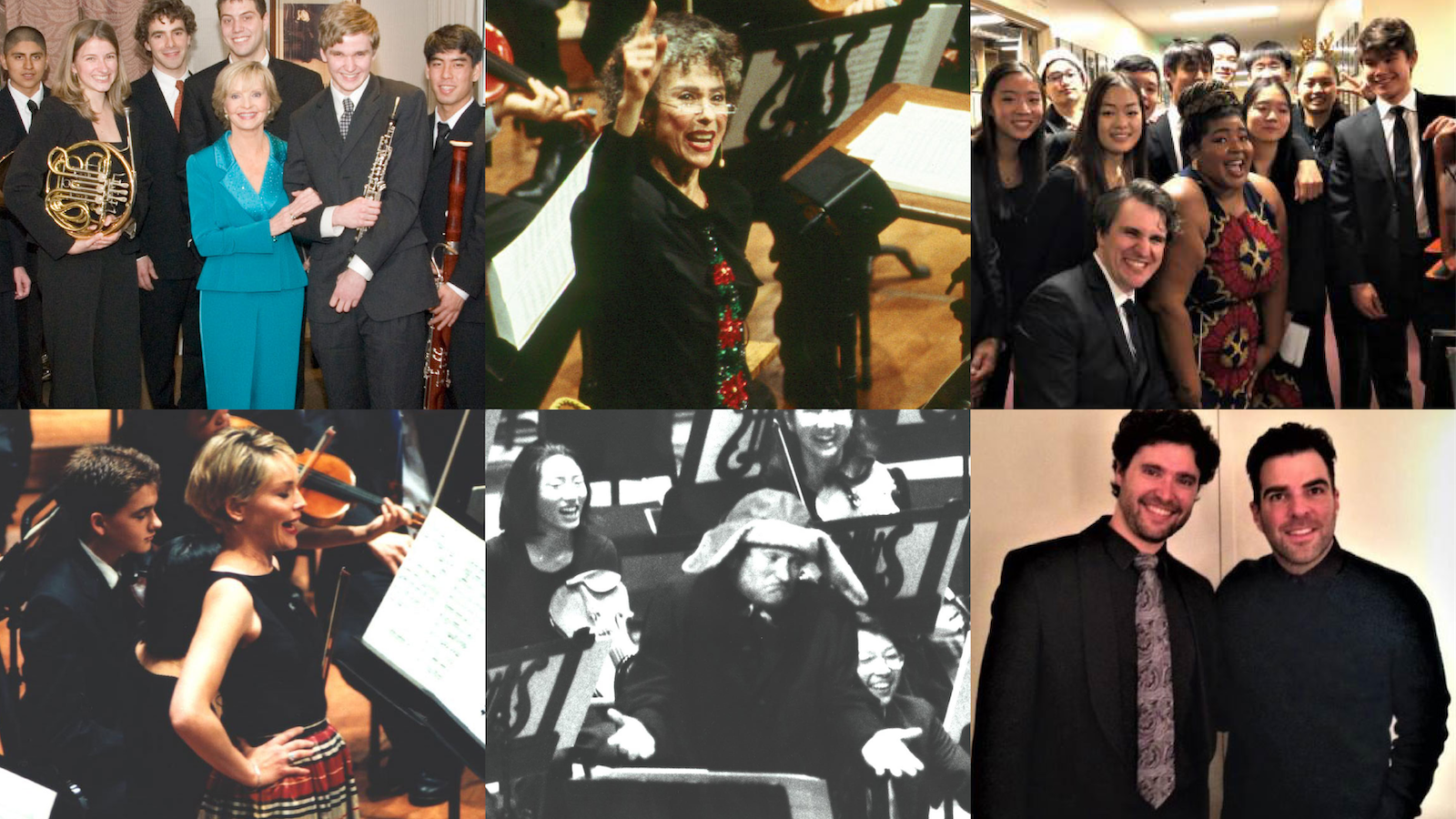 Peter and the Wolf
From Robin Williams and Michael Tilson Thomas, to Zachary Quinto and Dulce Sloan, we look back at the iconic Peter and the Wolf narrators that have shaped this SF Symphony tradition over the decades.

Girls Garage is a nonprofit design and building program and dedicated workspace for girls ages 9-18. Through classes in carpentry, welding, architecture, and activist art, we support and equip a community of fearless young womxn who are building the world they want to see. To learn more, click here, and to support Girls Garage’s new initiatives, click here.

San Francisco-Marin Food Bank’s mission is to end hunger in San Francisco and Marin. Before the pandemic, one in five neighbors was a risk of hunger. Now, the Food Bank is distributing food to about 55,000 households every week, nearly double the number of households served before the pandemic. As much as 60 percent of what we Food Bank distribute is fresh fruits and vegetables. We envision a community where everyone is able to obtain enough nutritious food in a dignified manner to support the health and well-being of themselves and their families. We address hunger head on: from our pantry network and home-delivered groceries to our nutrition-education classes and foodstamp enrollment, we work in many ways to nourish and empower neighbors in need. 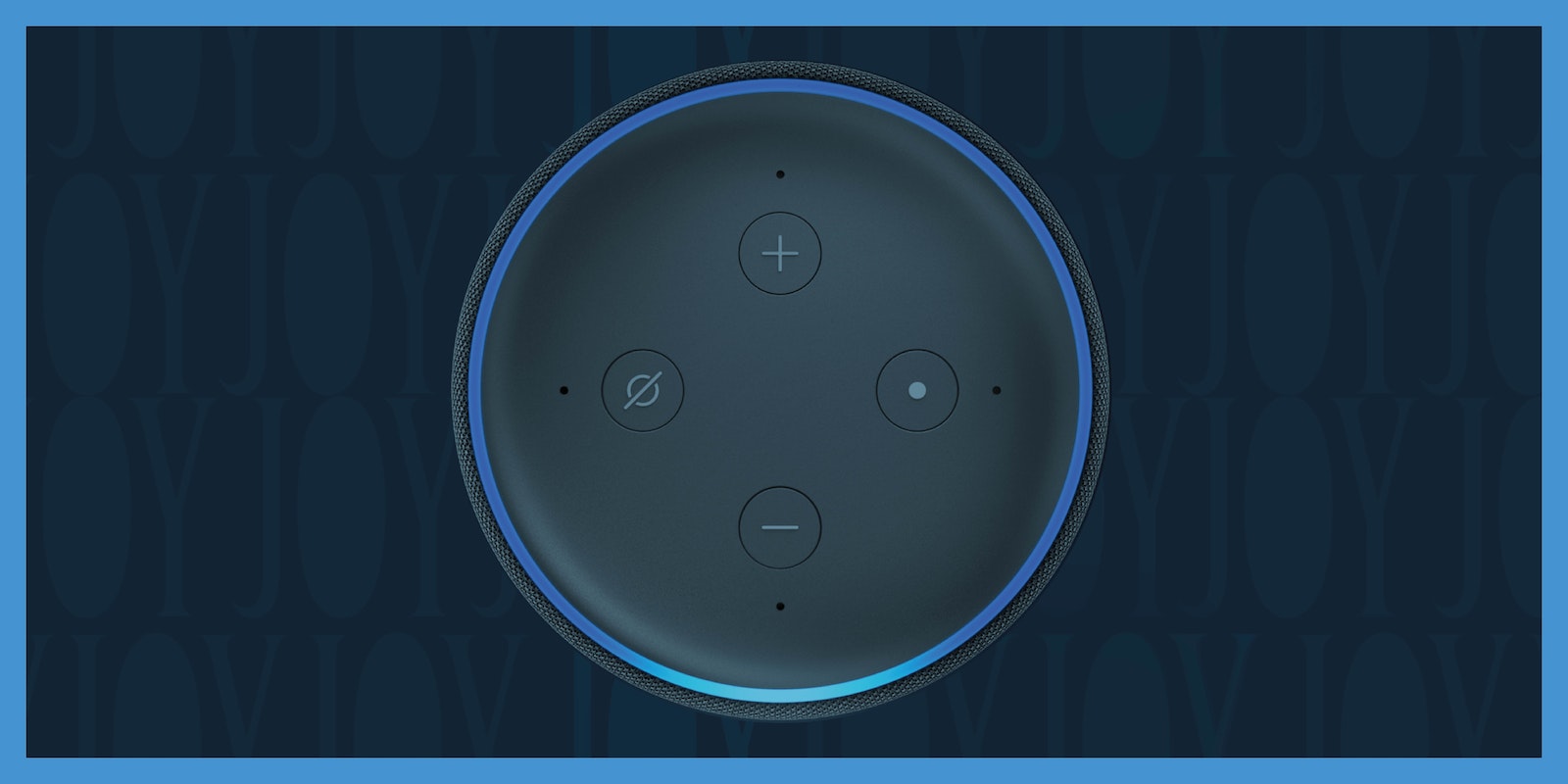 The SF Symphony is now only a few words away with our brand new voice app! Just ask your smart speaker to “play a moment of joy” and the Symphony will bring you a curated weekly song that is sure to bring a smile to your face.

Then just say “Alexa...ask San Francisco Symphony to play me a moment of Joy.”

In the first week you’ll hear an original by our very own Jonathan Ring titled, ’Tis the Season!

Hip Hop For Change is a Black-led grassroots nonprofit in Oakland that seeks to address the injustices of misrepresentation through Hip Hop pedagogy and community building. By educating people about the power of Hip Hop culture—especially as a tool for social justice—Hip Hop For Change empowers all people with a platform to express themselves through the arts. Like many local organizations, Hip Hop For Change supports its community and is supported by its community. To learn more about HH4C’s phenomenal programs and to find ways to support their work, visit hiphopforchange.org or click here.