This month, the San Francisco Symphony releases a new recording of Schumann’s complete symphonies on SFS Media. In this excerpt from the recording’s comprehensive liner notes, Michael Tilson Thomas discusses his approach to communicating the music’s essence, producing one of the most radical new interpretations to date of the Schumann symphonies. 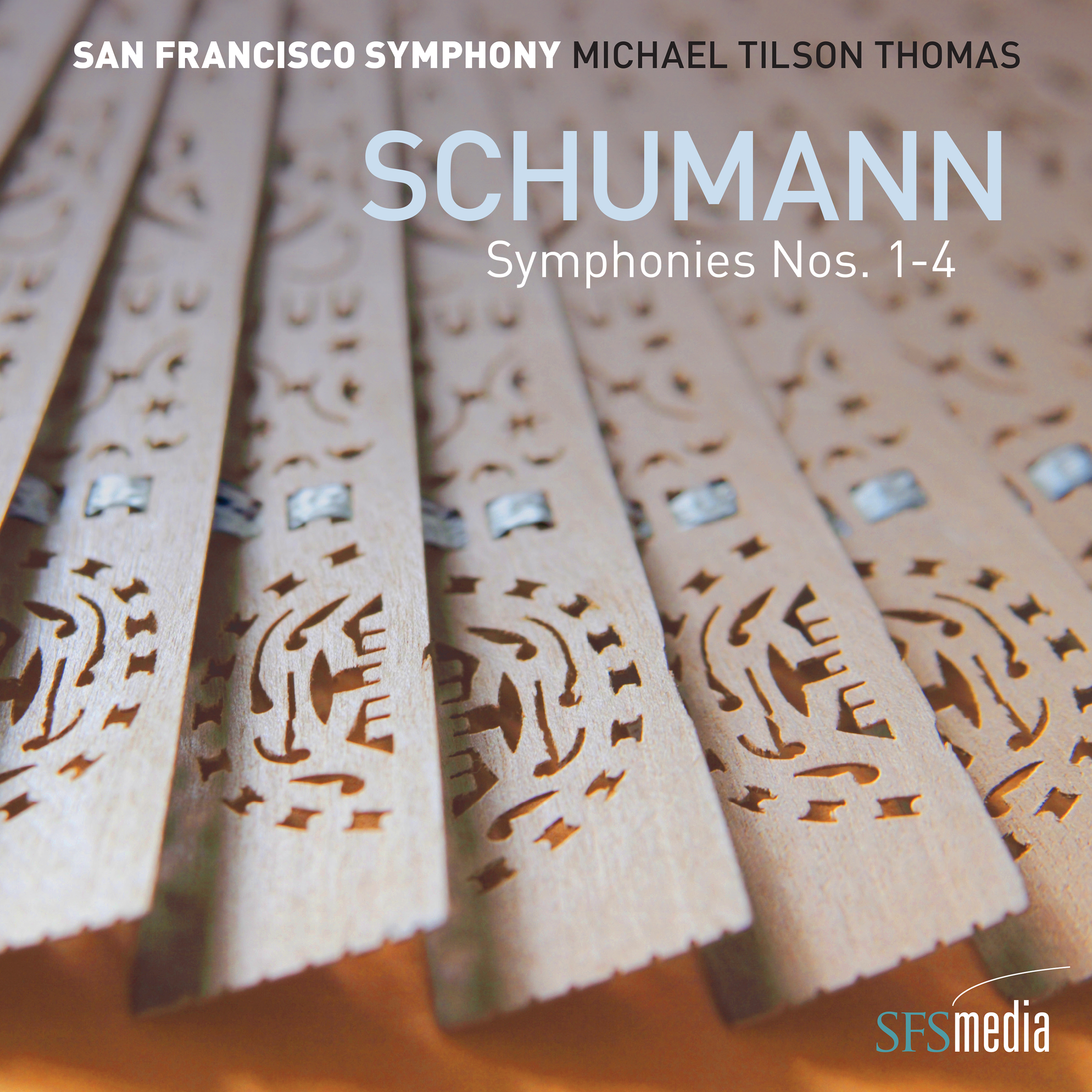 In his sincerity, Schumann stands out from other Romantic composers. Schumann is the quiet guy. I like to imagine him on a date. “Yes,” I hear him saying, “the next club is even wilder, and it’s still open, but wouldn’t it be nice if we could instead just go home. We could sit by the fire and appreciate one another’s company.” He invites you into his intimate world. Schumann tried to lead a normal family life, concurrent with his artistic life. The irony is that other, wilder Romantics ended up fine. Schumann, the family man, was the one who collapsed.

These emotional pulls are present in the symphonies. The introduction to the First Symphony, for example, begins confidently, with the brass intoning the rhythms of a line of poetry by Adolf Böttger: “O wende, wende Deinen Lauf—Im Thale blüht der Frühling auf!” (Oh turn, oh turn and change your course—Now in the valley blooms the spring!). Then come violent outbursts from the strings, then a delicate ballet-like flute solo, and other floating worlds. Then we go into the first movement, which sets out to do big things, as Beethoven might have done. Schumann was obsessed—as were all his musical contemporaries—with carrying Beethoven’s vision forward. Schumann’s approach to this is interesting. In this movement, and in many of his other pieces, he sets out to make a big design. Then, when it’s time for the final intellectual summation of the piece—time to proceed to the coda, as Beethoven would—Schumann realizes he can’t quite do it. And so he adopts a different strategy, letting the music evaporate into little wisps of sound. Then comes what is essentially a beautiful song, a kind of epilogue. It’s as if he’s saying, This is what I can do. I can write a great song, and share who I really am, before going on to the big finish. 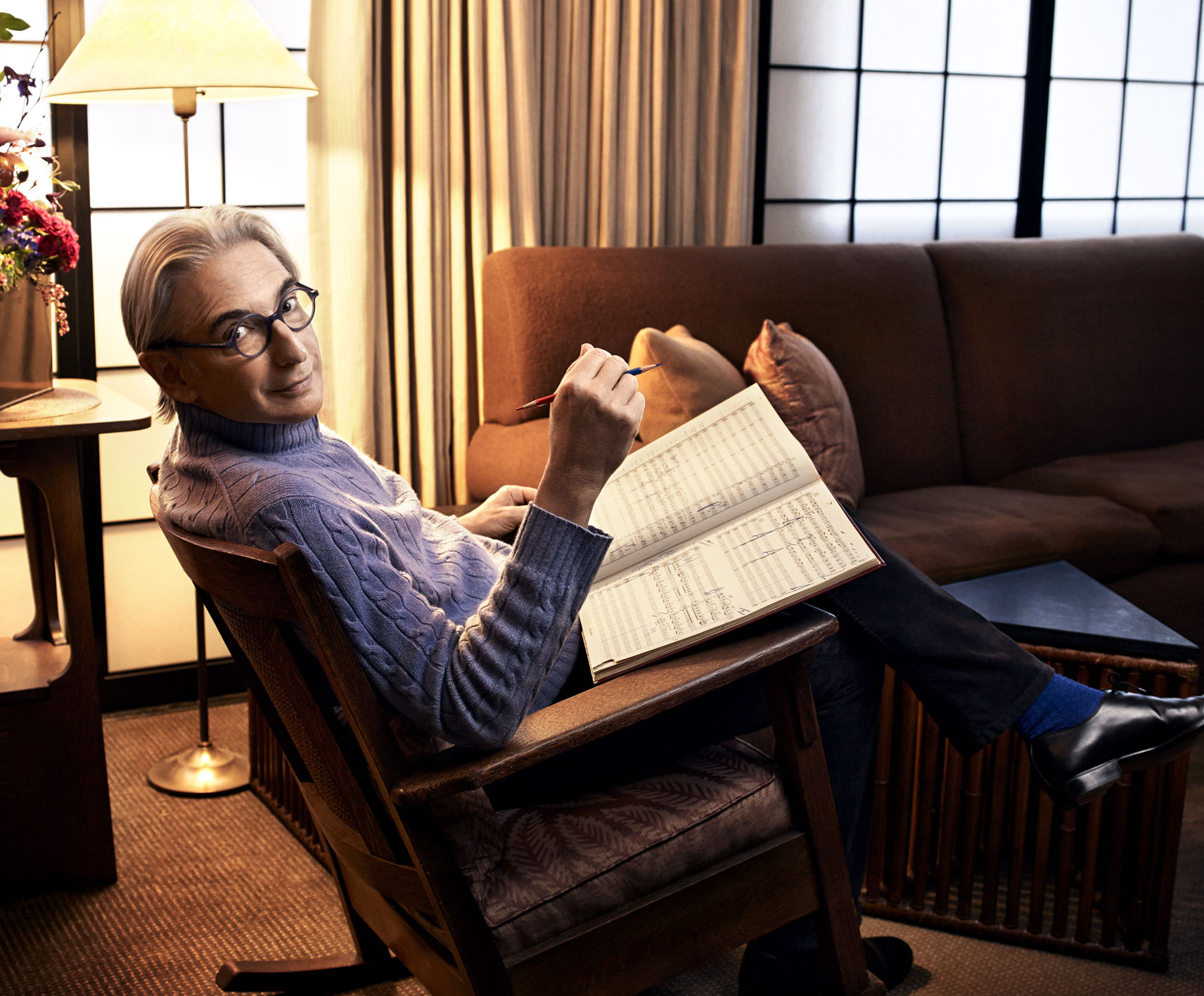 Schumann moves between many sound worlds in these symphonies. Some sections are truly massive and proclamatory. Other parts are soloistic or chamber-like, with suggestions of song or village music. So how can all these varied ideas be made to sound in something as thick and massive as a Romantic orchestra, especially the kind of orchestra Schumann uses?

My approach to Schumann—and to the whole standard repertoire—is to vary the number of musicians playing at any given time. According to the musical situation, the orchestra might morph from a large ensemble to a chamber orchestra, and vice versa. For example, in the Fourth Symphony, the Romanze movement begins with an oboe and cello duet. I reduce the number of people accompanying them, so the oboe and cello stand out in greater relief. In the serenade-like passage that follows, the solo violin is accompanied by a chamber-sized group. Later the whole orchestra joins in tenderly, and the music blooms into something grander.

In approaching the orchestra like this, I’ve also been influenced by cinematography. We’re all aware, when we see a film, of what kind of shot we’re seeing: a wide shot, a close-up, a pan, a dissolve. It seems to me that the same things can take place in a soundscape, in an orchestral performance. There’s a difference between hearing eighteen or twenty people playing in a relaxed, chamber-music kind of style, and hearing eighty people playing quietly. In this latter instance, the perspective of the sound is widescreen, as opposed to hearing something intimately, up close.

Schumann’s orchestration has always raised questions. Most conductors do something to make the music sound more transparent. In changing the number of people playing from moment to moment, I’m guided by a number of things, most of all the musical mood. But there are a number of far more specific issues to be considered. For example, if a melody is doubled by the first and second violins, and one person only (the flute) is playing the top octave, with the vast number of people playing below, you must determine where the lead of the sound is supposed to be. Should it be a rich sound on the bottom, with just a wispiness on top? Or a passionate treble soaring over a lighter and smaller group below? These choices are affected by such things as the harmony and where we are inside the design of the piece. It’s a central principle of Romantic music that the same thematic material, the identical phrase shape, can appear in different parts of the piece and require a different interpretation, different kinds of sound and expression, according to what is happening in the larger design. Any inspired pianist does this, but few conductors do. In a solo work or a chamber piece, this principle would be applied spontaneously and naturally. With an orchestra of eighty people, it requires much more thought and many more decisions.

Such is my relationship with the members of the San Francisco Symphony that, with them, I can continue to ask questions, trying one thing and another, enlisting their artistry and their collaboration in figuring things out. Sometimes, in rehearsals, we have to de-program ourselves, think differently and explore a number of possible solutions, searching for the one that to us seems natural, authentic, easy. All of us together are searching. We approached these symphonies from the point of view of Schumann’s piano music, with all its color, unusual effects and voicings. And I wanted these symphonies to sound as though they were being played on the piano, with free and spontaneous turns of phrase and color, and with the music’s wonderful sense of breathing—the way people breathe, sometimes deeply, sometimes with little emotional gasps.

I hope these performances suggest a different way of thinking about this repertoire, especially as it prioritizes the tender, simple, and vulnerable side of the music. Although the music is very personal, it feels universal. Schumann’s symphonies are about all of us.