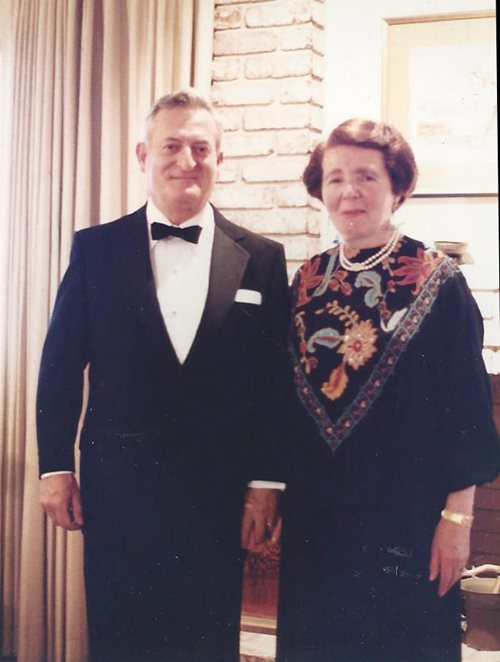 Joseph and Anna, who met at an engagement party in 1954 and married several years later, supported the Symphony in other ways throughout their decades together. In the late 1960s, Anna became an SFS volunteer—first selling volunteer memberships and later working at the Symphony’s resale store, Repeat Performance, where she volunteered until she was ninety years old.

The Meyers’s long-standing involvement with the Symphony made a deep impression on Mark. “Mom was always active as I was growing up, especially as plans for Davies Symphony Hall began to take shape.” He remembers when Joseph and Anna went to the grand opening of the concert hall in 1980. Their excitement continued when Michael Tilson Thomas joined the SFS as Music Director in 1995. “They were in love with all the leaders of the Symphony, but that was a big deal.”

As members of the Pierre Monteux Society (the Symphony’s legacy giving society), Joseph and Anna generously considered the San Francisco Symphony’s future in their estate plans. The Meyers’s wishes were fulfilled when their son Mark helped create the Joseph and Anna Meyer Fund, ensuring their gift will have a meaningful and lasting impact for years to come.

To learn more about supporting the SFS or creating an endowed fund, please contact David Chambers at (415) 503-5421 or dchambers@sfsymphony.org.