Britten
All sound clips are from San Francisco Symphony performances and are used with permission of the SFS Players Committee.

On the night of November 14, 1940, at Saint Michael’s Cathedral in Coventry, England was devastated by Nazi bombs. Twenty-two years later, Britten wrote his War Requiem to celebrate the consecration of a new cathedral built next to the ruins of the first one. With contrasting texts from the traditional Latin requiem mass and the poems of World War I poet Wilfred Owen, the music embodies Britten’s deeply held pacifist beliefs. The names of four men appear on the dedication page, friends of Britten who perished in the war and to whom the work is dedicated. Swiss-born conductor Philippe Jordan leads the San Francisco Symphony, Chorus, San Francisco Boys Chorus, and superstar vocal soloists in Britten’s deeply moving masterpiece. 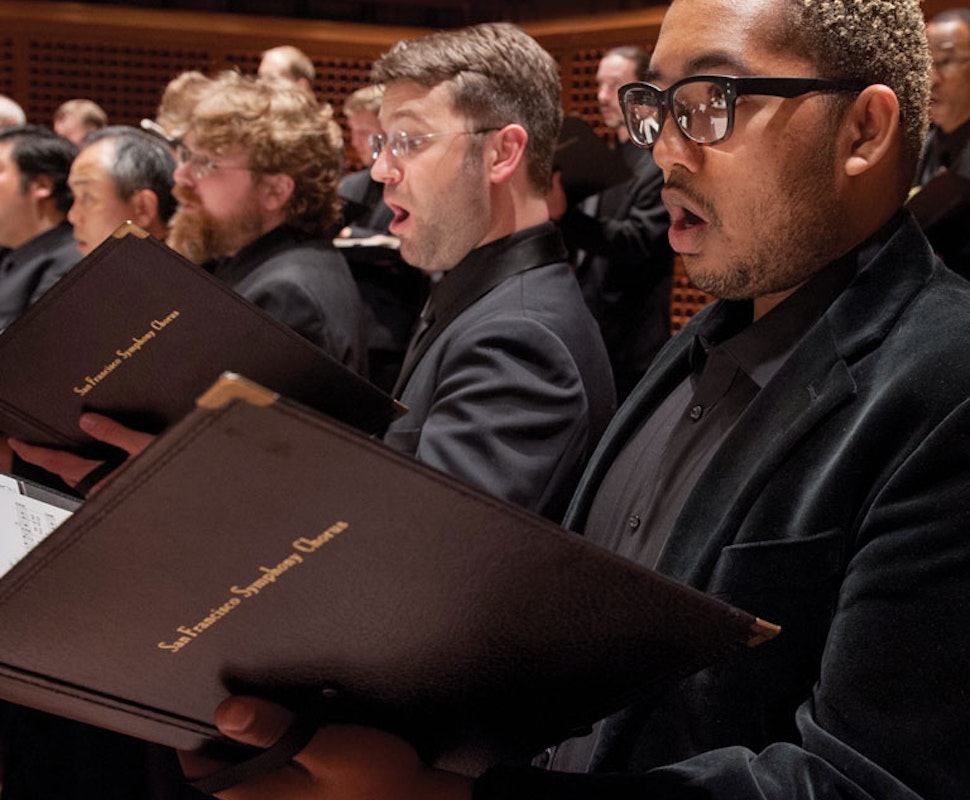