Timothy Higgins
Symphony No. 1
Mahler
All sound clips are from San Francisco Symphony performances and are used with permission of the SFS Players Committee.

As far as first symphonies go, Mahler’s is one of the most awe-inspiring and ambitious. The music begins as if from nothing, tiny fragments of sounds shimmer through the mist of the strings. With a bird call in the oboe and a lonely horn sounding in the distance, the music takes shape as if rising from the beginnings of the universe itself. One of Mahler’s Wayfarer songs enters and different sections of the Orchestra take turns adding colors and richness to a buoyant melody. The first movement ends in an ecstatic frenzy and paves the way for the Scherzo movement, a simple and rustic melody that has long been an audience favorite. It wouldn’t be Mahler without a little bit of darkness, offered here in the form of a funeral march in the third movement. But it too can’t help but evoke at least a shy smile as it winks at the audience with its irreverent parody of the children’s rhyme “Frère Jacques.” The last movement opens with a thunderclap, gathering more and more strength as it pushes toward the finale. The French horns, once a distant sound, are now instructed to stand up and bathe the entire orchestra with their heroic melody. Nobody wrote symphonies quite like Mahler—and nobody does Mahler like MTT and the San Francisco Symphony. Opening the program is the world premiere of a trombone concerto composed and performed by San Francisco Symphony Principal Trombone Timothy Higgins. 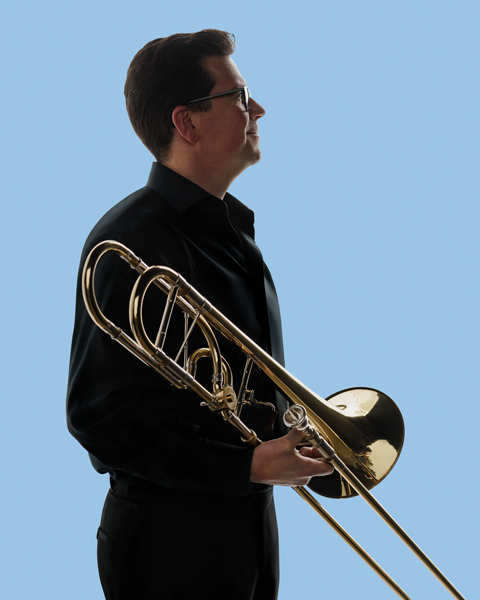